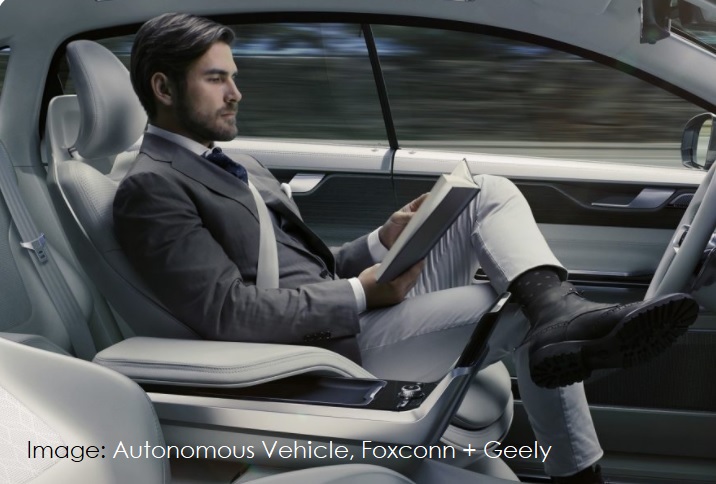 Last week Patently Apple posted a report titled "Apple Partner Foxconn and Zhejang Geely have formed a Joint Venture Company to Revolutionize the Automotive Industry." The report noted that Apple Inc.’s Taiwanese manufacturing partner Foxconn Technology Group is setting up a car venture with Zhejiang Geely Holding Group, strengthening its automotive capabilities at a time when technology companies including Apple are looking to expand into vehicles. Geely is parent company of brands including Volvo Cars, Lynk and others.

Today, another potentially important announcement was made that could be good for Apple's Project Titan. It's being reported today that Hon Hai Group Chief Technology Officer Wei Guozhang stated that more than 400 manufacturers have joined the MIH electric vehicle platform alliance promoted by Hon Hai.

Through the three characteristics of software definition, separation of software and hardware, and open ecology, the current bottleneck of electric vehicle development has been solved.

Wei Guozhang has been in the United States for more than 20 years. His past is most interesting in that he was the only Chinese core software member in NeXT Computer founded by one of Apple's founders, Steve Jobs. After Apple acquired NeXT, Wei Guozhang entered Apple with the Jobs team and developed iOS and Mac OS X.

Wei Guozhang pointed out that the most important concept of the MIH open platform is to ensure the real-time and safety of the system. Among them, the first "EV Kit" is opened to provide the alliance system developer Drive-by-wire's car platform.

The platform will open car-side communication information (CAN communication protocol), allowing developers to develop on autonomous driving, smart cockpits and power systems. In the future, MIH alliance members can participate in alliance discussions and specification formulation after they own the first EV Kit.

Hon Hai announced the MIH electric vehicle software and hardware open platform and key components in mid-October last year, with the goal of becoming the Android system in the electric vehicle industry.

Lastly, the report noted that "The market also highly anticipates that Hon Hai's MIH platform will have the opportunity to cut into the future Apple Car supply chain."

With Wei Guozhang background, the software foundation of the vehicle platform is likely to be macOS, iOS friendly and unofficially, in tune with Apple's Project Titan at this early stage. At this stage it's a little difficult to read too much into this development, though it certainly sounds promising for Project Titan.