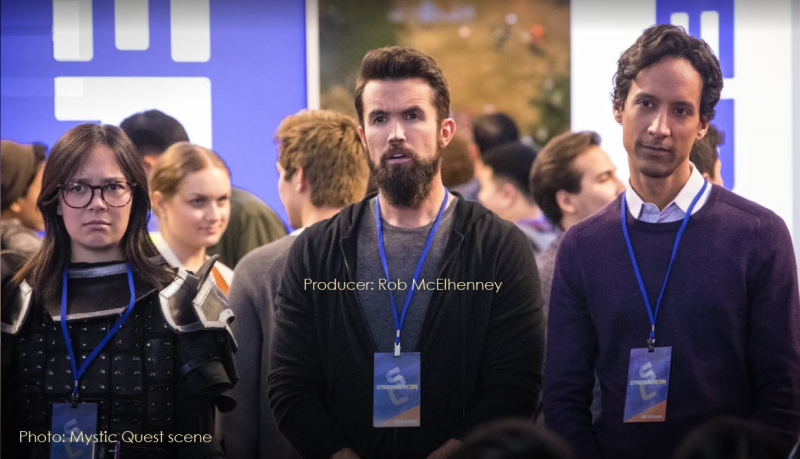 It's been reported that after several positive COVID tests on the set of 'Mythic Quest' two weeks ago, show creator and star Rob McElhenney sent a message to the staff stating: "“For as alarming as this sounds, we have been expecting this for weeks. The numbers in the county are spiking and consequently our numbers are doing the same. But to date there remains ZERO evidence of any transmission at work. Our set continues to be one of the safest places you can be outside of your homes.”

That claim — that there was no evidence of transmission at work — angered some of the crew. "That’s horseshit," said one of those who tested positive. "Utter horseshit."

The crew member said he was in close contact with other workers who also tested positive at the same time. The production was shooting at the CBS Radford lot in Studio City, which has become a COVID hotbed, with three other outbreaks reported in the last month. Initially, 16 cases were tied to the “Mythic Quest” shoot, though county health authorities later revised that number down to 12.

The outbreaks have come as the disease continues to spread out of control in Los Angeles County, with more than 22,000 cases and 138 deaths reported on Wednesday — both single-day records."

In a separate report it was noted yesterday that Apple had announced that it would be re-closing most of its stores in the Los Angeles area in the face of surging Covid-19 cases in the city.

The Variety report further stated that 'The 'Mythic Quest' cluster of COVID-1 cases was the second time that multiple cases were reported on the same production. The show — which is produced by Lionsgate and airs on Apple TV Plus — had earlier reported a handful of crew members tested positive in November. The larger outbreak in early December forced the show to shut down as it was close to wrapping its second season.

The shutdown ended up lasting for 11 days, with production resuming only on Wednesday.

In a statement to Variety, McElhenney said that his assurances to the crew had been supported by science, adding that "Our medical staff has made every effort to ensure the health and safety of our crew. We have all been working tirelessly to expedite the sharing of clear and accurate information in a timely manner. No decision was made nor information communicated without the science to support it."

There's a lot more to the Variety story here.