Speculative Report claims Apple Car is on a Fast Track for 2021, a week after Amazon hyped up their Autonomous Hail-Ride Taxi 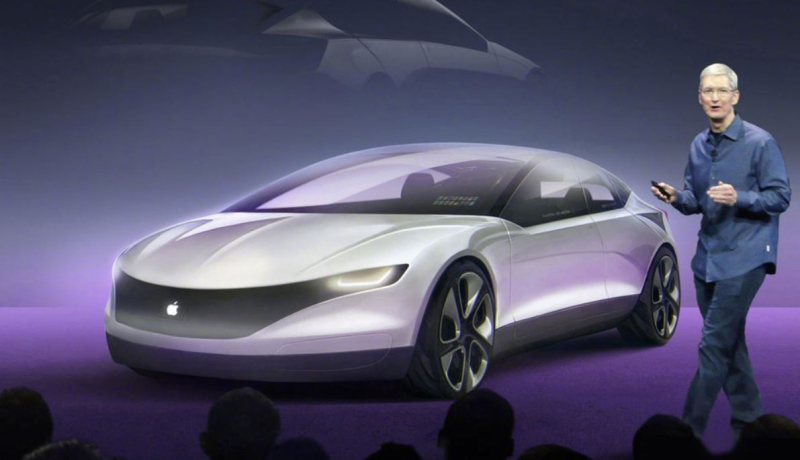 Earlier this month Patently Apple posted a report titled "A Supply Chain Report Claims that Apple's Vehicle related Project Titan is moving to the next Phase." Digitimes had noted in their report that "It is worth noting that in recent months, the automotive electronics and other related supply chains have been rumored to be Apple's low-key promotion of the Apple Car program, with some component manufacturers saying that apple Car plans have not stopped, and have been moving frequently, including the continued poaching of Tesla and other car manufacturers and research and development engineers, rapidly pulling up research and development technology and accumulating the power of electric vehicle patents."

When rumors of this size hit the wires, speculative reports are bound to follow and today there's such a case as report by a Chinese Source, that's a part of the Chinese Tianji Media Group, Hypes up a new report using a past photoshopped image of Tim Cook with a make-believe Apple Car, as presented in our cover graphic.

The Chinese report states that "Apple has always been committed to covering all aspects of users' lives with its products. Judging from recent news, Apple's electric cars may be coming. According to media reports, Apple electric car, the Apple Car prototype, has been in the United States on the road in California testing and may be ready to launch next September.

According to reports, Apple is currently stepping up its procurement from suppliers. Among them, Taiwanese suppliers Heda, BizLink, Heqin, and Tomita have all opened property insurance and even expanded their factories on a large scale. For more on this rumor, read the full Yesky Mobile rumor report.

The rumor also comes after Amazon's Zoox autonomous taxi was unveiled last week. Zoox debuted an electric, fully driverless vehicle that’s built for ride hailing. It’s a "carriage-style" car, which means that passengers face each other and there’s no space for a driver or passenger seat, since there’s no steering wheel. It has space for up to four passengers. 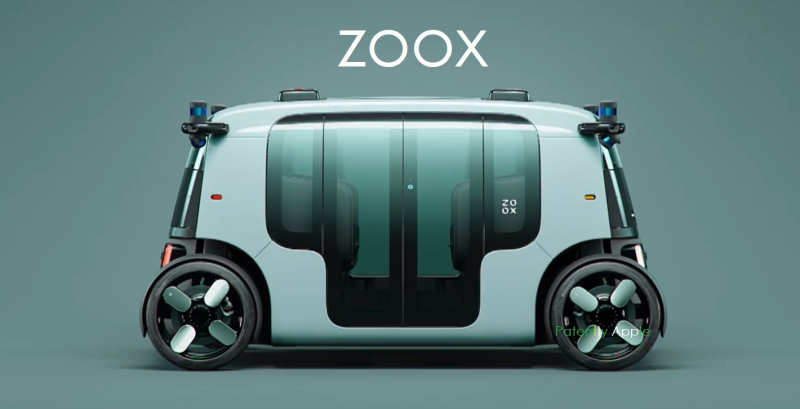 Amazon acquired the six-year-old start-up in June and, at the time, gave few details about how it planned to use Zoox’s technology. Amazon CEO Jeff Bezos has previously expressed enthusiasm around the auto industry and the company has been using self-driving trucks to haul some cargo. For more on this, read the full CNBC report.

In 2016, Patently Apple reported that Apple invested US$1 Billion in Ride-Hailing company Did Chuxing. At the time, Bob O'Donnell, an analyst with TECHnalysis Research stated: "This investment shows they are thinking not just about cars but business models around transportation, and that is a very encouraging and interesting sign."

Forbes had reported in 2016 that "Didi’s president Jean Liu said the Apple deal happened quickly, following a meeting in Apple’s Cupertino headquarters with CEO Tim Cook on April 20th. Liu couldn’t offer specific areas in which the companies would cooperate but said on a conference call that the companies would benefit each other "on product, technology, marketing, and many other levels."

So it's interesting to see that Amazon is focusing Zoox on the ride-hailing market. You could check out Amazon's Zoox on their page titled "The 'Full-Stack' behind Autonomous Driving" here that explains the sensors being used, the 360-degree field of view, the Zoox compute system and a series of animated videos.