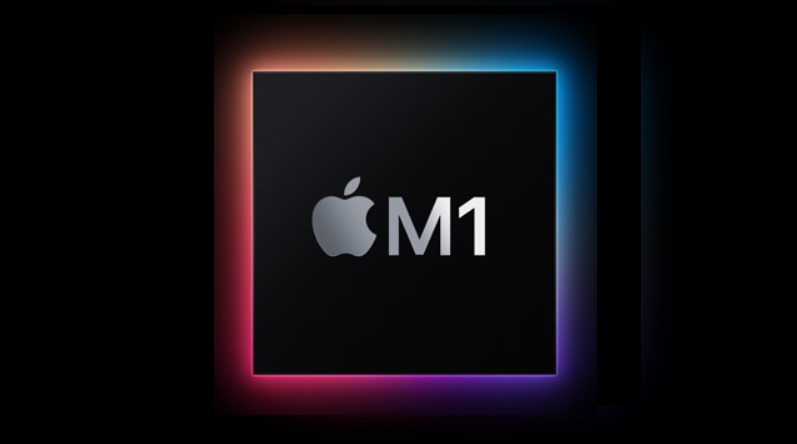 Today Counterpoint published the first part of a series of articles and analysis of Apple's new M1 processor. The report was written by Brady Wang who has more than 20 years working experience in high-technology companies from semiconductor manufacturing to market intelligence, and strategy advisory. Brady’s major coverage in Counterpoint is semiconductors.

"On November 10, Apple introduced three new Mac devices — MacBook Air, MacBook Pro and Mac Mini — powered by the Apple M1 system on a chip (SoC). While the inability of Intel chips to meet emerging requirements was the apparent trigger for Apple to have its own chips, though there were many other benefits and possibilities pushing the move.

Just like iOS and Android, Apple’s macOS has a different ecosystem than Windows. Although macOS has continued to improve its user interface, Apple’s service revenue from the PC segment can’t be compared with that from the iPhone. The slow improvement in PC hardware, which is dominated by Intel, is among the key factors affecting macOS’ progress. The gap between the two operating systems is also getting smaller as Windows is catching up. On the other hand, thanks to the healthy competition between the two major smartphone operating systems, smartphones have improved system architecture, such as memory management, power management, artificial intelligence functions, and user interface. They have integrated new chips, such as UWB, GPS and LIDAR, to meet the AI and IoT demand. The OS is undoubtedly the critical determinant of system performance. However, the most vital remains the brain — microprocessor.

Intel dominated the entire PC architecture for several decades. Many peripheral connections (such as wired and wireless connectivity), memory configurations, and integrated GPU and AI chips remained constrained by the Intel architecture. As a result, PCs and NB ODM/OEMs saw limited innovation. They just (or could only) followed Intel’s roadmap for x86 architecture advances. x86 has not been able to create many innovative applications to fulfill the emerging requirement for AI and IoT.

To overcome this, Apple announced at this year’s Worldwide Developers Conference (WWDC) that its entire Mac product line would switch from Intel chips to Apple Silicon within two years, and officially released the Apple M1 on November 10.

The purpose of the first generation of Apple Silicon, M1, is to create a new experience. It aims to achieve the balance of performance and power consumption, instead of high computing. According to Apple, the M1 has 16 billion transistors, about 35% more than the A14 Bionic. Counterpoint estimates that the M1 die size is approximately 140-150mm2, much larger than that of the A14 Bionic. 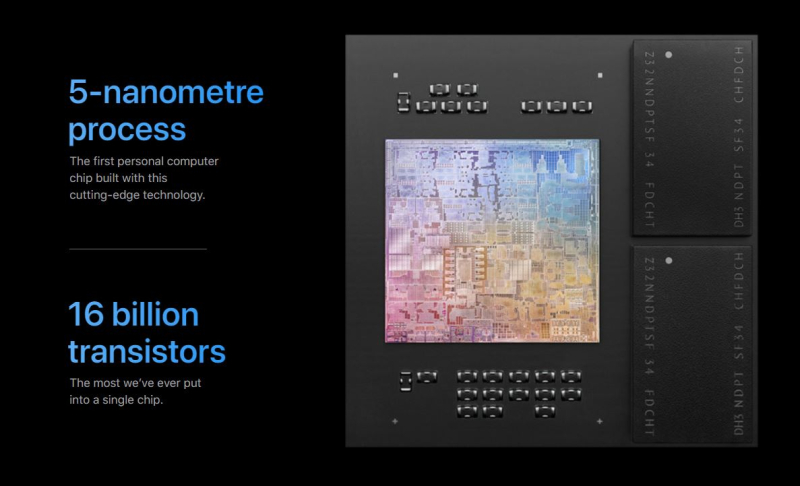 Depending on the applications’ environment, power consumption, thermal efficiency and footprint are essential considerations in designing SoCs. Thanks to the advantages of the advanced process in TSMC in terms of power consumption and transistor density, the M1 performs better on Mac devices than on previous Intel-based MacBook. Unlike Intel CPUs that emphasize a maximum clock rate, the Apple M1 clock rate is dynamic. The M1 utilizes energy-efficient cores to achieve lower system power consumption and multitasking workload. However, in addition to the limitations inherited from the Apple AX SOC, the M1’s maximum clock rate cannot boost to 4.8GHz like Intel’s latest Tiger Lake CPU (10nm), which is more likely due to TSMC’s process limitations.

It is worth mentioning that the M1 embeds DRAM next to the SoC to form a unified memory architecture (UMA) to speed up data access through high-speed inter-connections. In contrast to the A14 Bionic, the DRAM is placed next to the SOC instead of being stacked. This idea has been mentioned in many documents, but its use in a PC is groundbreaking. As Michael Dell once said, “Ideas are commodities, execution is not.” Apple has managed to prove the benefits of UMA through actual product design and validation. 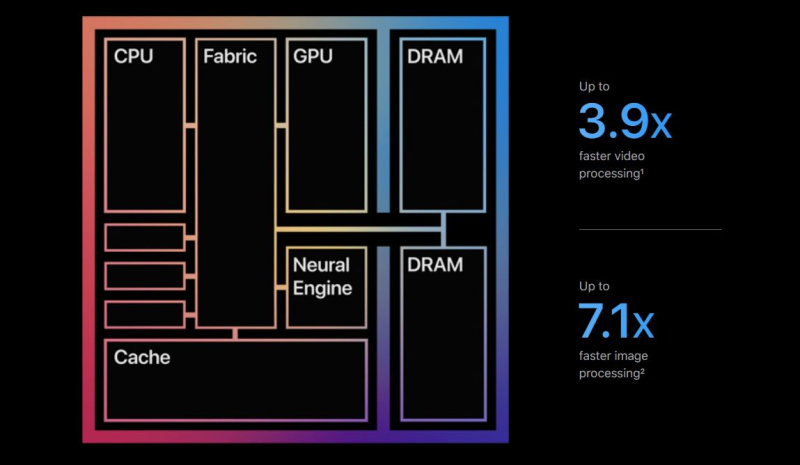 Below are the advantages of this packaging method:

As we mentioned in a report published in June, the benefits of migrating to the new architecture (Apple Silicon) include:

The usage of the M1 in Mac devices demonstrates these benefits. In terms of cost reduction, the M1’s production cost is lower than the Intel CPU’s purchase cost. Therefore, the overall price of the system will be lower than before.

Further possibilities with Apple Silicon include:

Stay tuned for part 2 in the coming days.