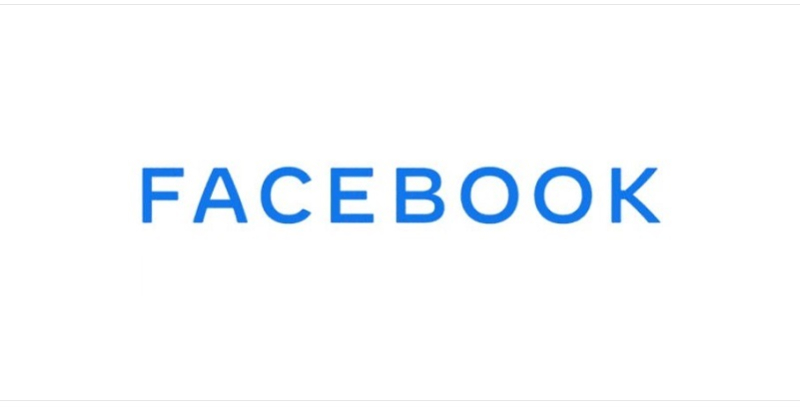 Earlier this afternoon we posted a report titled "The FTC Claims Facebook broke Antitrust Law and seeks to force the sale of Instagram and WhatsApp." Facebook's Vice President and General Counsel Jennifer Newstead has written the company's response as presented in full.

"Billions of people use Facebook’s products every day. To earn their time and attention, we compete fiercely against many other services across the world. As the internet has grown over the last 25 years, the ways in which people share and communicate have exploded thanks to dynamic competition. The most successful platforms mature and adapt to people’s changing preferences. Our products became and remain popular for this very reason — we constantly evolve, innovate and invest in better experiences for people against world-class competitors like Apple, Google, Twitter, Snap, Amazon, TikTok and Microsoft. We innovate and improve constantly because we have to.

We provide many ways to communicate, share and connect — with people, businesses, news and entertainment. We also help millions of businesses reach and engage with their customers. More than 200 million businesses use our free tools and services to connect with customers, hire new employees and grow their businesses. Most of our advertisers are small businesses, many of whom have benefitted by moving online to reach their customers during the pandemic.

The Federal Trade Commission and state attorneys general today attack two acquisitions that we made: Instagram in 2012 and WhatsApp in 2014. These transactions were intended to provide better products for the people who use them, and they unquestionably did. Both of these acquisitions were reviewed by relevant antitrust regulators at the time. The FTC conducted an in-depth “Second Request” of the Instagram transaction in 2012 before voting unanimously to clear it. The European Commission reviewed the WhatsApp transaction in 2014 and found no risk of harm to competition in any potential market. Regulators correctly allowed these deals to move forward because they did not threaten competition.

Now, many years later, with seemingly no regard for settled law or the consequences to innovation and investment, the agency is saying it got it wrong and wants a do-over. In addition to being revisionist history, this is simply not how the antitrust laws are supposed to work. No American antitrust enforcer has ever brought a case like this before, and for good reason. The FTC and states stood by for years while Facebook invested billions of dollars and millions of hours to make Instagram and WhatsApp into the apps that users enjoy today. And, notably, two FTC commissioners voted against the action that the FTC has taken today.

Now the agency has announced that no sale will ever be final, no matter the resulting harm to consumers or the chilling effect on innovation. When we acquired Instagram and WhatsApp, we believed these companies would be a great benefit to our Facebook users and that we could help transform them into something even better. And we did. This lawsuit risks sowing doubt and uncertainty about the US government’s own merger review process and whether acquiring businesses can actually rely on the outcomes of the legal process. It would also punish companies for protecting their investment and technology from free-riding by those who did not pay for the innovation, making those companies less likely over the long term to make their platforms available to spur the growth of new products and services.

Of course, we are aware of the atmosphere in which the FTC is bringing this case. Important questions are being asked about “big tech” and whether Facebook and its competitors are making the right decisions around things like elections, harmful content and privacy. We have taken many steps to address those issues, and we’re far from done. We have called for new regulation to address some of them on an industry-wide basis. But none of these issues are antitrust concerns, and the FTC’s case would do nothing to address them. Those hard challenges are best solved by updating the rules of the internet.

We face competition in every aspect of our business. That was true before the acquisitions of Instagram and WhatsApp and remains true today. With so many rivals, our customers can at any time choose to move to another product or service — and sometimes they do. The lawsuits ignore this reality.

Near-constant technological innovation has created an even more competitive environment since we acquired Instagram in 2012 and has defined methods of sharing and communicating none of us could have imagined a decade ago. Yet, the lawsuits adopt a myopic and mistaken view of competition — arguing that unless a service is exactly like Facebook, it cannot compete with Facebook. The truth, however, is that people have more choices at their fingertips than ever before, and we compete constantly for their time and attention against other apps through which they can share, connect, communicate or simply be entertained. People around the world choose to use our products not because they have to, but because we make their lives better.

And just as people choose to use Facebook, so too do millions of businesses large and small choose to use our free tools and advertising products. We compete for advertising dollars with other digital platforms, from Google to TikTok, and with other channels such as television, radio and print. Businesses choose us because our apps and services deliver real value. Unfortunately, these lawsuits misunderstand the advertising landscape and offer instead a distorted view of how advertisers spend to reach their target audiences.

The FTC was right to clear Facebook’s acquisition of Instagram eight years ago. The Instagram you see today is the Instagram that Facebook built, not the app it acquired. When Facebook bought Instagram, it had about 2% of the users it has today, just 13 employees, no revenue and virtually no infrastructure of its own. It was one of many mobile photo sharing apps and just one of many apps competing for people’s time and attention. Then as now, new companies could and did easily enter the market and gain traction with users. The transaction did not make any market less competitive, as the bipartisan group of commissioners at the FTC correctly understood by voting 5-0 to clear the transaction.

Indeed, making Instagram part of Facebook has delivered tremendous benefits to consumers and businesses. Instagram became more reliable and avoided the growing pains that have derailed other fast-growing startups. And it has grown to over a billion users worldwide, with more features and better experiences. Meanwhile, Facebook has enabled Instagram to help millions of businesses engage their customers and grow. Today, advertisers and consumers benefit from greater choice because of Facebook’s sophisticated ad creation and delivery options and new advertising products. It is hard to imagine a more successful, procompetitive merger.

WhatsApp is no different. Prior to 2014, the texting model in many parts of the world was expensive for consumers. People were captive to telecom operators who raked in billions of dollars at massive markups for text messaging. WhatsApp had very little presence in the US where others have long dominated messaging and where texting was generally less costly. We thought that WhatsApp, which charged a subscription fee at the time, could be made better and more widely available if there was no fee.

We therefore made WhatsApp free worldwide, adding valuable new features like voice and video calling, and making it more secure by encrypting it end-to-end. Making WhatsApp part of Facebook delivered benefits to consumers, just as we anticipated and hoped it would. We offered consumers around the globe a free messaging alternative to SMS and the fees mobile operators were charging for it.

A Platform for Innovation

We long ago created a platform on which millions of developers have created new apps. Certain apps used our platform not to enhance the experience of Facebook users — by adding, say, games, music-sharing or dating — but to unfairly duplicate services Facebook already provided, like sharing photos or messaging with Facebook connections. Facebook told these apps that they could not use Facebook’s platform to essentially replicate Facebook.

This restriction is standard in the industry. Where platforms give access to other developers — and many do not provide access at all — they usually prohibit duplication of core functions. LinkedIn, The New York Times, Pinterest and Uber, to name a few, all have similar policies. Companies are allowed to choose their business partners, and it gives platforms comfort that they can open access to other developers without that access being exploited unfairly. What’s more, the policy had no impact on competition. YouTube, Twitter and WeChat, for example, have done just fine without our platform. Significantly, Facebook did nothing to prevent any apps from offering their services on their own sites or anywhere else on the internet.

Where Do We Go from Here?

Facebook as we know it today would not have been possible without US laws that encourage competition and innovation. We’ve been successful because we’ve made risky bets, invested, innovated and delivered value to people, advertisers and shareholders.

We have operated and continue to operate in a highly competitive space. Our acquisitions have been good for competition, good for advertisers and good for people. We look forward to our day in court, when we’re confident the evidence will show that Facebook, Instagram and WhatsApp belong together, competing on the merits with great products.