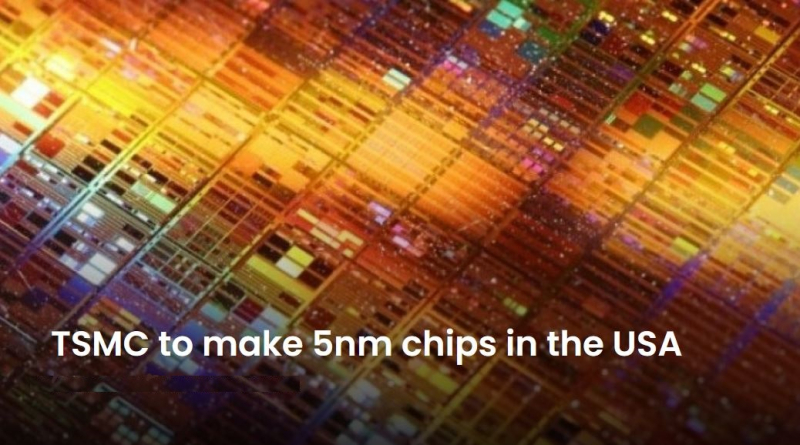 It's being reported today that Taiwan Semiconductor Manufacturing (TSMC) is aggressively recruiting over 600 engineers and executives for what will be its first U.S. plant in 20 years, Nikkei Asia has learned.

The world's largest contract chipmaker will initially bring together a mix of current employees and new hires to staff a $12 billion chipmaking plant it will start building next year in Arizona, TSMC Chairman Mark Liu told Nikkei. The hiring push comes with American officials and lawmakers calling on semiconductor companies to bring more of their operations to the U.S.

According to Liu, a task force of more than 300 current employees and managers with experience in developing and producing 5-nanometer chips will be dispatched to help get the plant off the ground. Five-nanometer chips are the most advanced in the world and are used in the latest iPhone 12 range and Mac processors. The U.S. has agreed to offer as many working visas as TSMC needs for this purpose.

In addition, TSMC is recruiting 300 fresh graduates and young engineers with one to two years of experience who are already eligible to work in the U.S., Liu said. The chairman added that TSMC plans to bring these newly hired engineers to the southern Taiwanese city of Tainan, where the company's current 5-nm chip plant is based, for a roughly yearlong intensive training program before they depart for Arizona.

"All the communication and training within this program will be conducted in English to facilitate future coordination," he said.

The U.S. has cited security concerns in its push to beef up its domestic semiconductor industry. TSMC is a key chip supplier for Apple and most other chip and tech giants like Intel, Qualcomm and Google, but it also makes chips for U.S. chip designer Xilinx that are used in F-35 fighter jets.

Washington has stepped up pressure on the Taiwanese company to produce its military-use chips in the U.S. to ensure the manufacturing of the high-security components are free from potential Chinese interference.

TSMC is not the only Asian chip giant heeding Washington's call. Samsung, TSMC's key rival in the foundry sector, as the business of making chips for others is known, is planning to expand its chip capacity in Texas to lure American clients such as Apple, Google, Qualcomm and Tesla.