Home Archives Contact Us Subscribe Twitter MeWe Facebook Patently Mobile
The EU Commission has published their New Rules for Digital Platforms in the form of the Digital Services & Digital Market Acts
Apple TV+ to Launch the Documentary Titled 'The World's a Little Blurry' about Music Sensation Billie Eilish on February 26, 2021 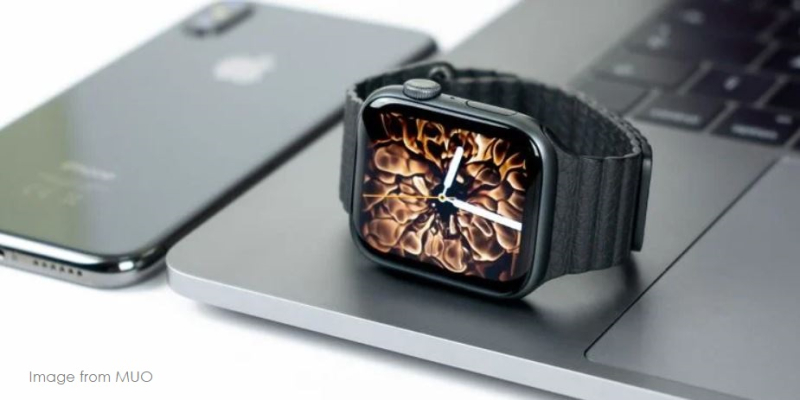 The U.S. Patent and Trademark Office officially published a series of 59 newly granted patents for Apple Inc. today. In this particular report we briefly cover two patents. The first covers next-gen Apple Watch concepts that touch on 2-layer displays that could hide a camera and flash, conserve power and more. The second patent covers a possible future carbon fiber keyboard for MacBooks and more. Apple was also granted design patents for the iPhone 11 Pro backplate and a Beats branded earphone case. And, as always, we wrap up this week's granted patent report with our traditional listing of the remaining granted patents that were issued to Apple today.

Apple's patent FIG. 1 below is a schematic diagram of a possible future Apple Watch that could hide a camera and flash behind it's display; FIG. 18 is a perspective view of an illustrative watch with illustrative transparent window configurations. 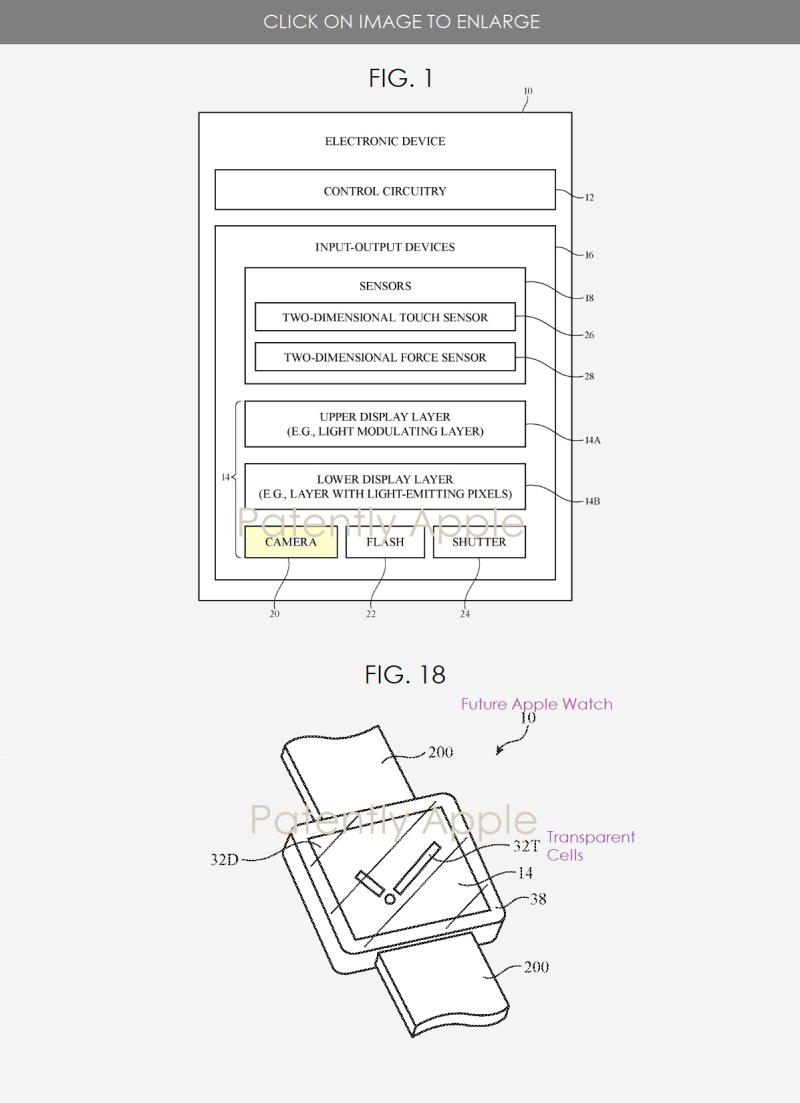 To conserve power in this future Apple Watch, Apple notes that it may be desirable to form a display layer using a display technology that consumes less power than a secondary display layer.

For more on this, review Apple's granted patent here.

Apple presents their main solution in patent figure 14A as presented below and points to #1407 a new "spring member" that could replace other types of hinges (butterfly, scissor) if so desired. 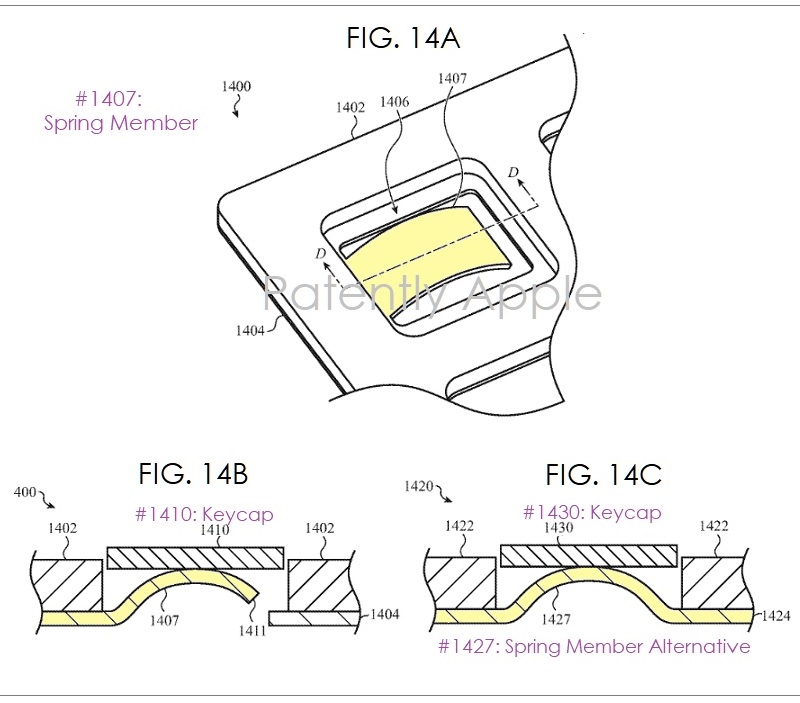 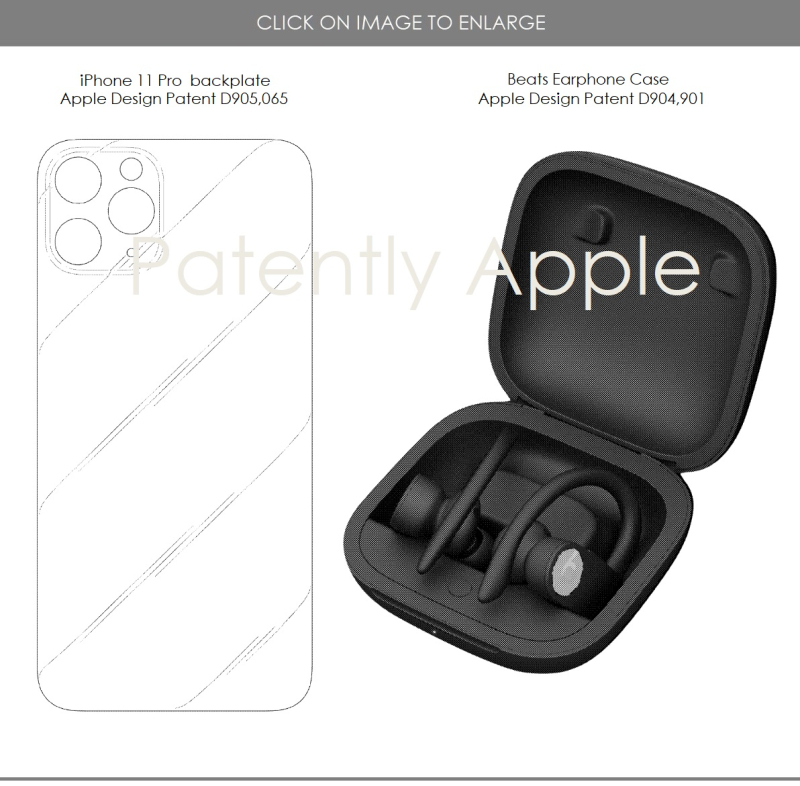 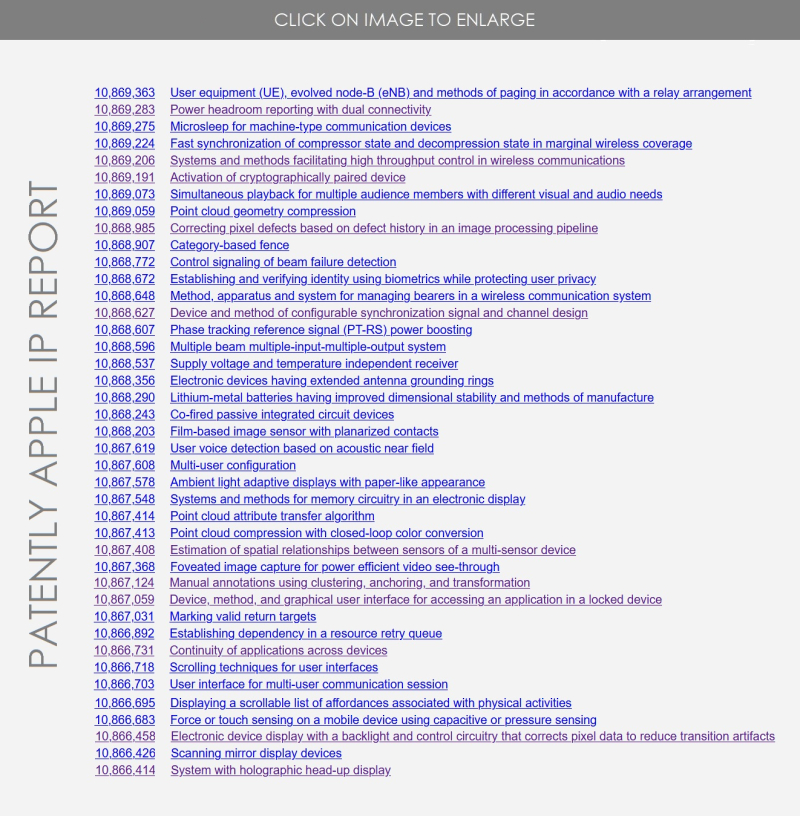