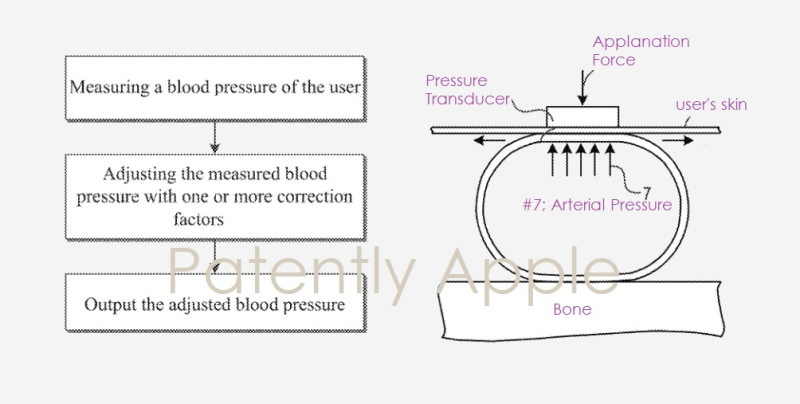 Apple's patent FIG. 1 below presents an exemplary method flowchart according to some embodiments of the present invention; FIG. 2 illustrates a method of applanation tonometry that may be used with embodiments of the methods and devices. 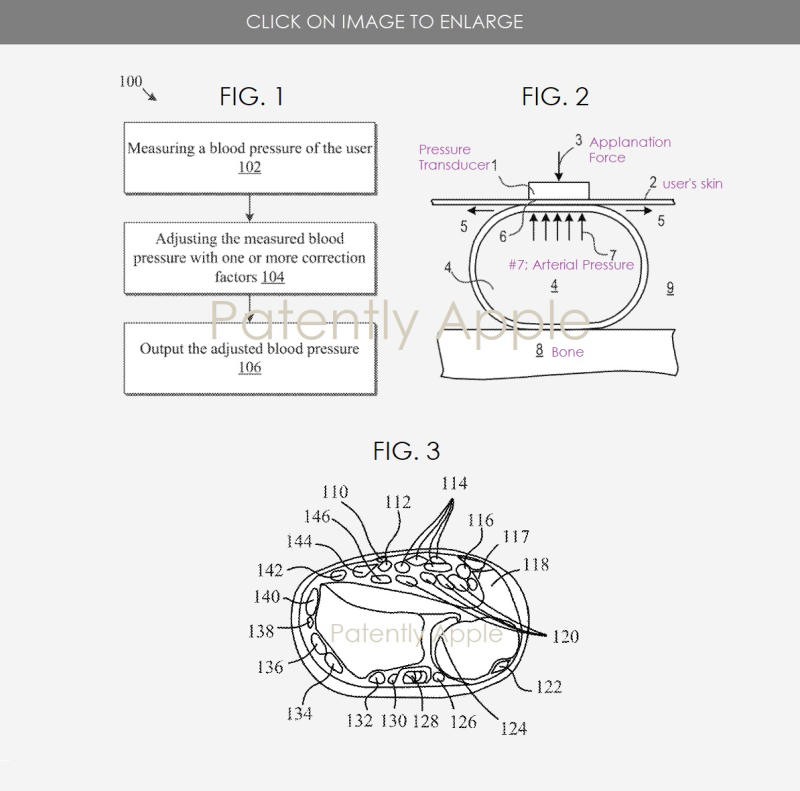 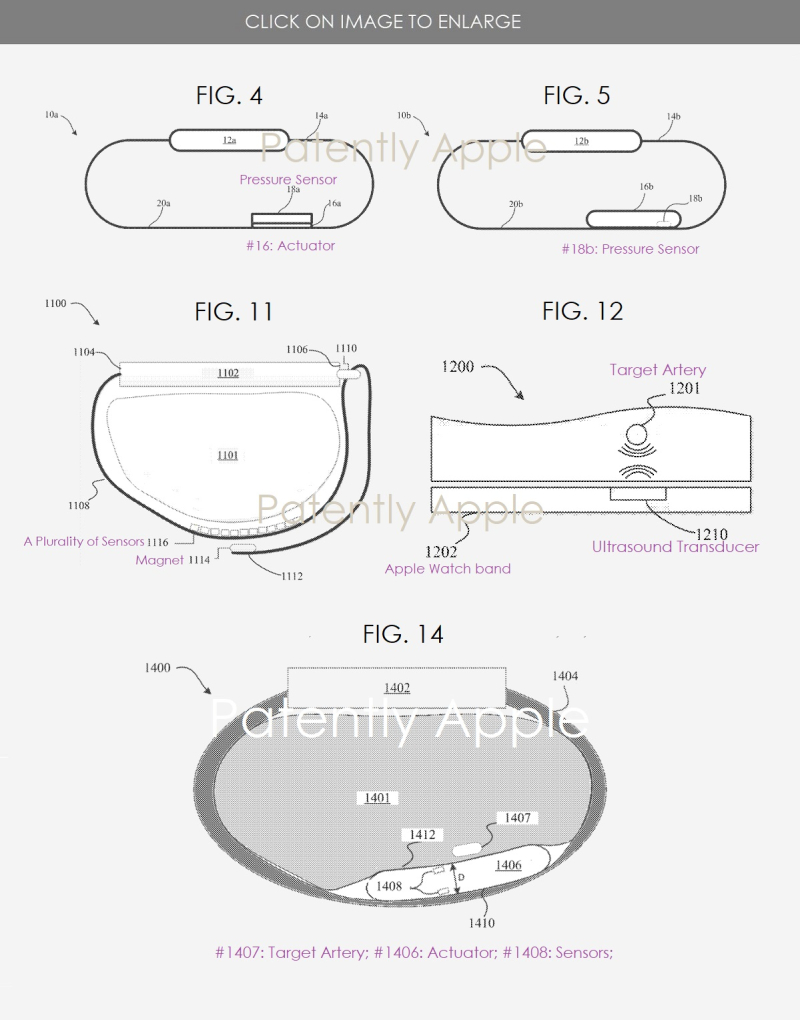 Apple's patent FIG. 14 above FIG. 14 illustrates an exemplary device for estimating target artery depth.  The band may support an actuator #1406 proximate the target artery #1407. One or more sensors #1408 may be provided that are configured to measure a parameter associated with an actuation amount of the actuator to determine a distance.

The pressure sensor may detect (e.g., with a change in pressure) an initial contact with a contact end #1412 of the actuator to the skin. Thereafter, after the actuator has been actuated to be urged against the wrist of the user by a distance D, the pressure sensor may measure a mean arterial pressure. In at least some embodiments, the distance actuated D when the device #1400 measures a mean arterial pressure may be associated with the target artery depth.