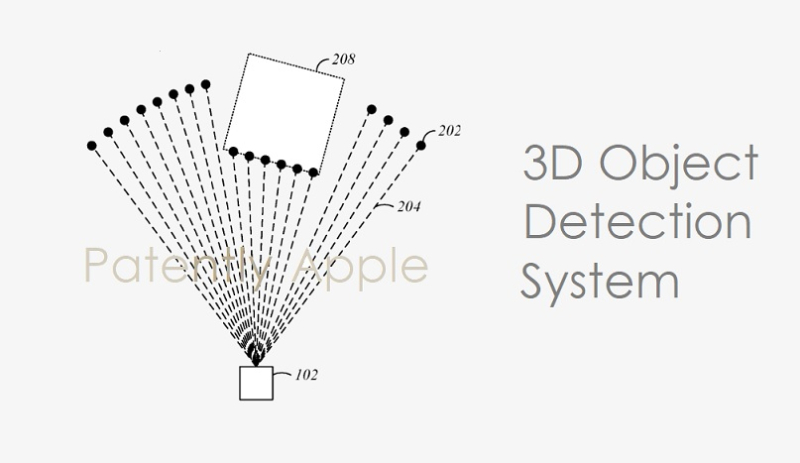 Yesterday Patently Apple posted a report titled "A Credible Report is claiming that Sources have seen Apple's Next-Gen Vehicle Battery Technology that is described as 'Radical.' A secondary part of the Reuters report that we didn't cover was its mention of Apple's advanced work on LiDAR sensors.

Reuters reported that "Apple has decided to tap outside partners for elements of the system, including lidar sensors, which help self-driving cars get a three-dimensional view of the road, two people familiar with the company’s plans said.

Apple's invention also provides a system that performs an end-to-end deep neural network (DNN) mechanism or other machine learning system to accurately detect objects and to accurately determine rotation information from detected sensor information including but not limited to point cloud data. The machine learning system can be used for multi-modal active learning, annotation intelligence, and autonomy perception.

Apple's patent FIG. 9 below is an illustration that shows a vehicle.  The vehicle (#800) includes an image sensor #900 and a range sensor #902. Information from the image sensor and the range sensor are provided to the automated control system #808, which is operable to process and store information associated with detecting three-dimensional objects. 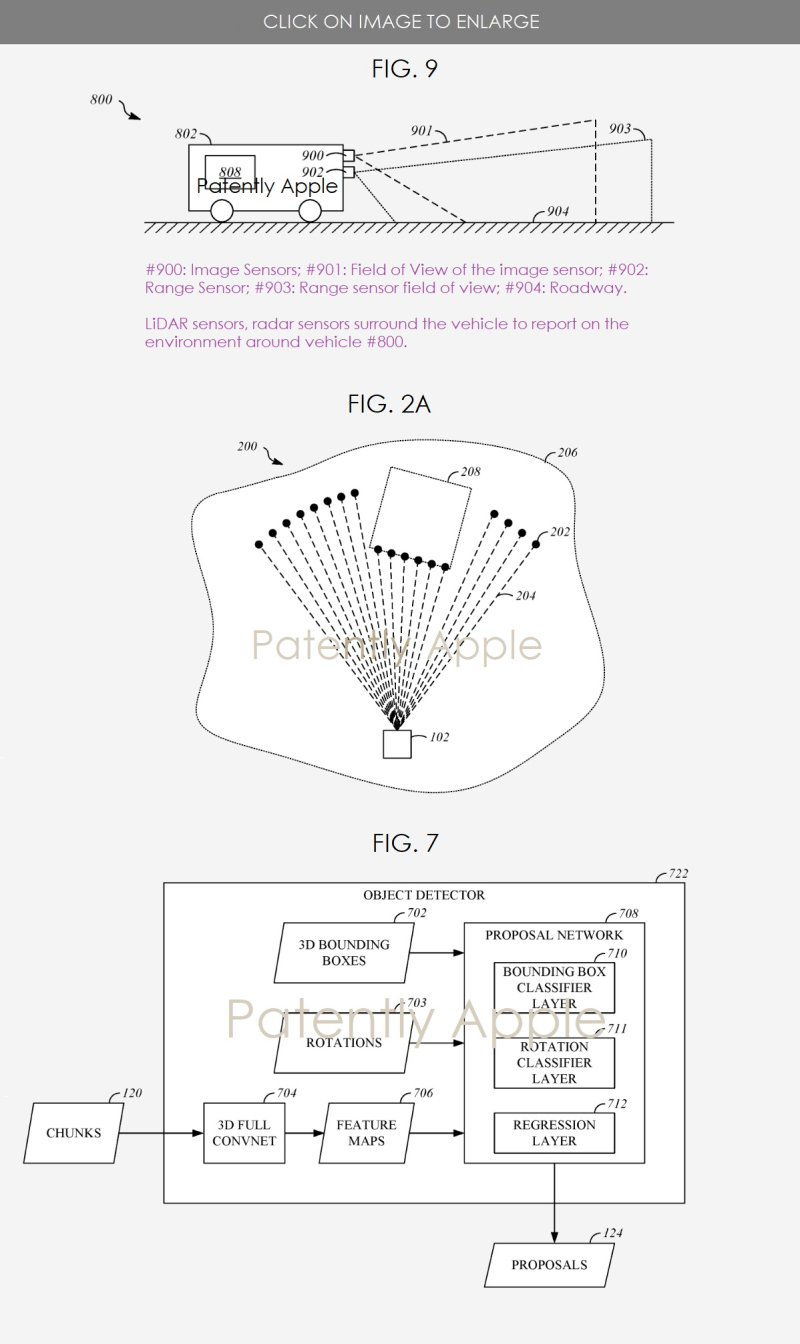 Apple's patent FIG. 2A above shows range points in an environment in a top-down view; FIG. 7 is an illustration that shows object detector #722.

Velodyne Lidar and Luminar Technologies stock prices got a healthy boost from yesterday's report about Apple Car 2024 using advanced LiDAR systems like the one outlined today. The stocks rose 13.5% and 9% respectfully.