Apple Wins a Patent for an Interactive Laser Projection System for Presentations, a Virtual Desktop & more 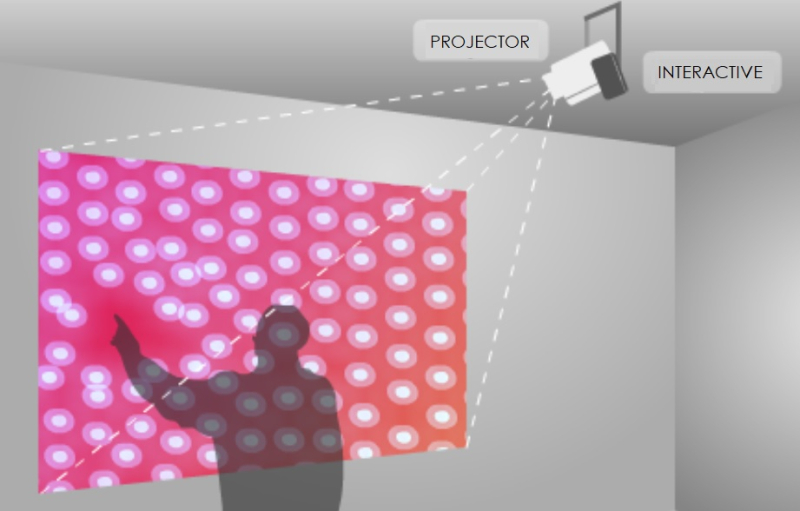 Apple's granted patent relates to a new projection system that could work with a desktop to present an illuminated keyboard or gaming controller; work with a future mixed reality headset to provide a floating keyboard or an interactive gaming object; and finally, be used in a professional application providing an interactive presentation screen or wall.

Apple's patent covers devices, systems and methods that may have as advantages a reduction of associated hardware components, the ability to project the image against a variety of surfaces, and the ability to scale the projected image, among other advantages.

Apple's patent FIG. 1A below illustrates an electronic device for projecting an image onto an input surface and receiving user input by user interaction with the input surface. This "virtual desktop" could be used in schools, libraries, in work cubicles and at home. It could be considered both a PC with security in mind as well as a system that could save on space. 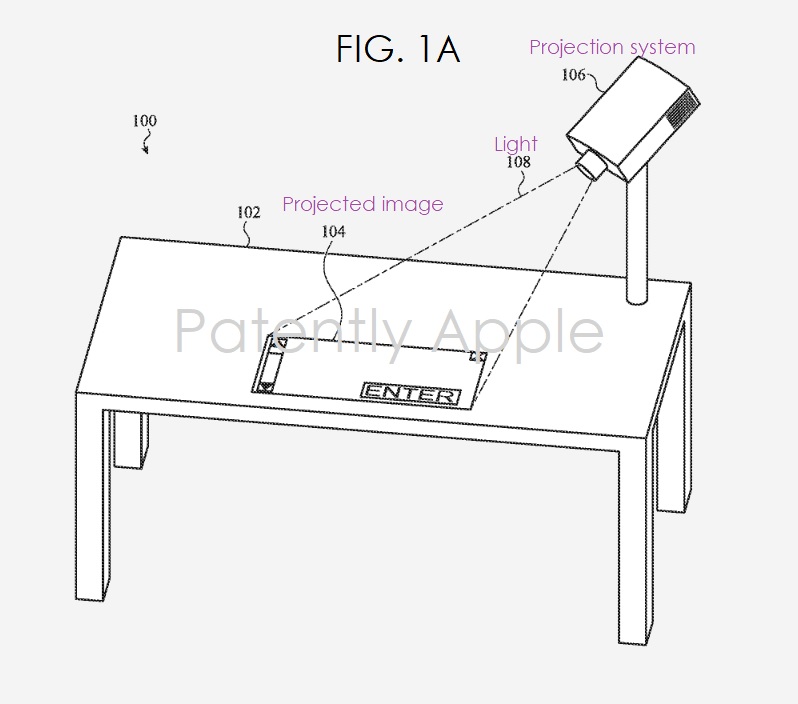 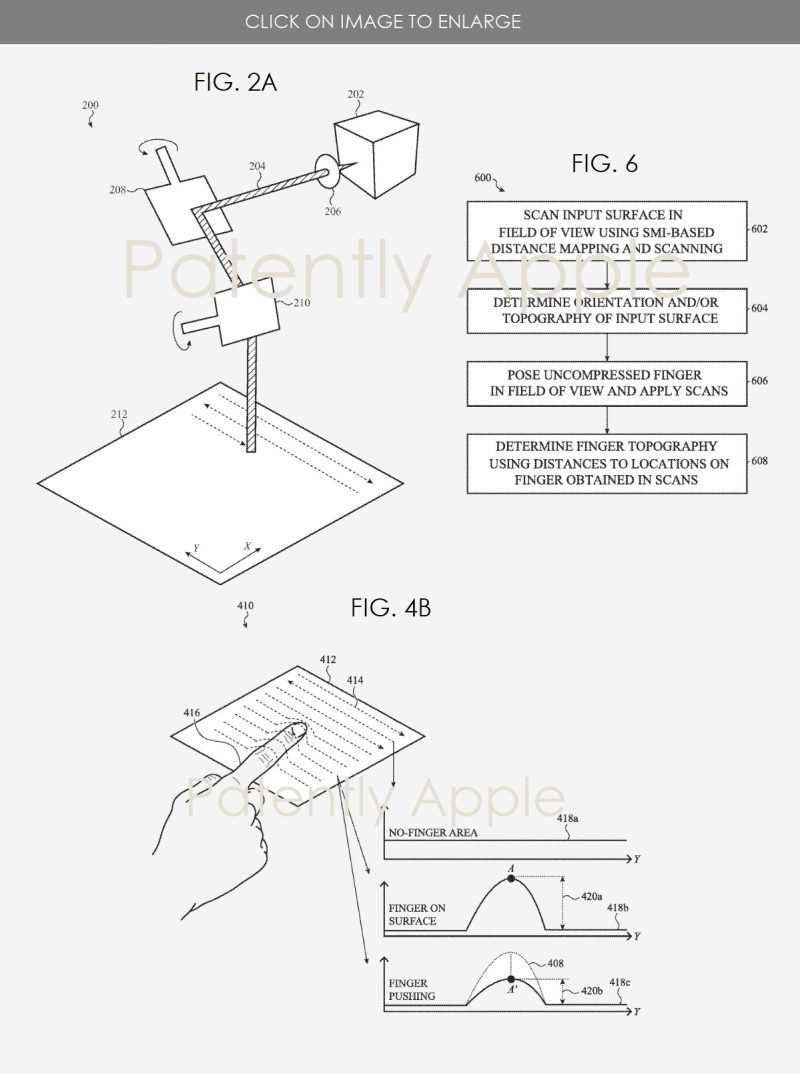 For more on this, review our original patent application report or review Apple's granted patent 10,871,820.