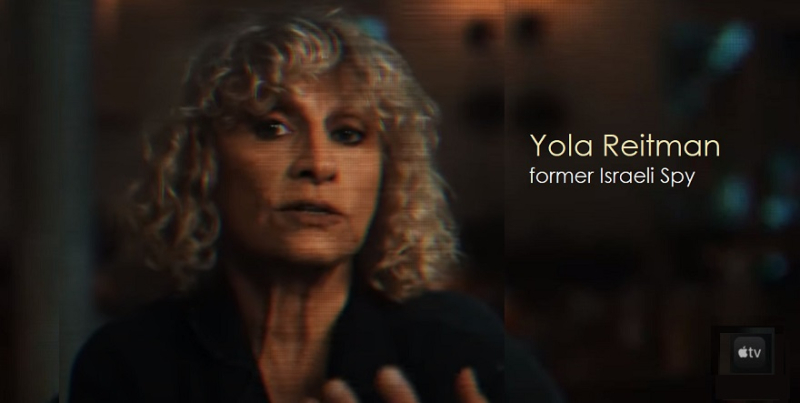 In late September Patently Apple posted a report covering Apple's 'Behind the Scenes' video for their Political Thriller 'Tehran.' In early December we learned that Season 2 was in the works. Julien Leroux, CEO and founder of Paper Entertainment briefly spoke with Variety: "I can say that we are working on the second season," of Tehran for Apple TV+. Technically "It’s not been officially green lit, but we are working on it, so hopefully we’ll have some good news by the end of the year."

Today we know that the series must have been given the green light as Apple has released a new video titled "Tehran — Conversations With A Real Spy: Essential Tradecraft."

Apple states "Listen to a real former spy, Yola Reitman, who says that a real spy knows how to extract information. Reitman discusses ways of gathering crucial information, and the ways Tamar employs them in the Apple TV+ spy thriller Tehran. Reitman spent years undercover for years in an enemy country."

There is no mention in the video of when Season 2 will be available on Apple TV+ in 2021, but the video is designed to keep the series Tehran on your mind. The design of the purposely staticky video makes you question whether this was an Actress playing the role of Yola Reitman, a former Israeli spy, or the real deal. Apple promotes her as the real deal.