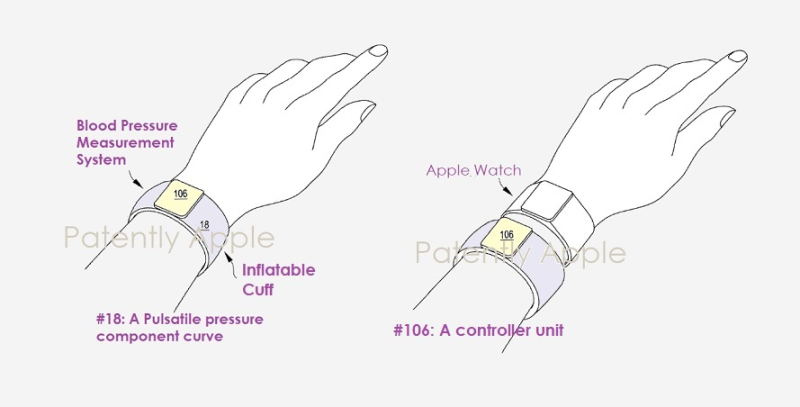 Instead of a watch interface, the cuff contains a "control" unit (#106). With that said, Apple does confirm that the "control" unit could take on a user interface and includes Apple Watch functionality. 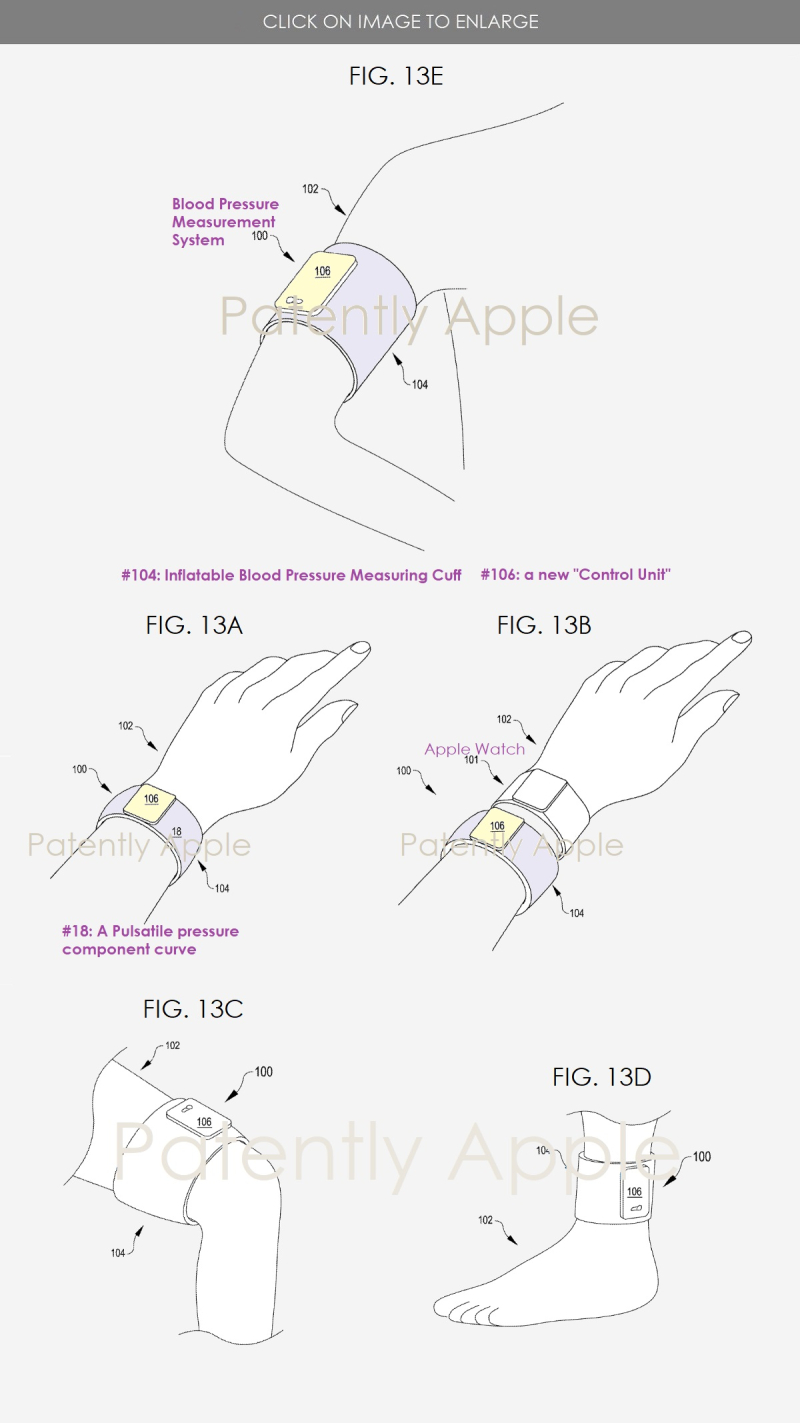 Apple's patent FIG. 13C above shows an embodiment of the blood pressure measurement device configured to be worn on a thigh of a user while FIG. 13d shows the cuff on a user's ankle. 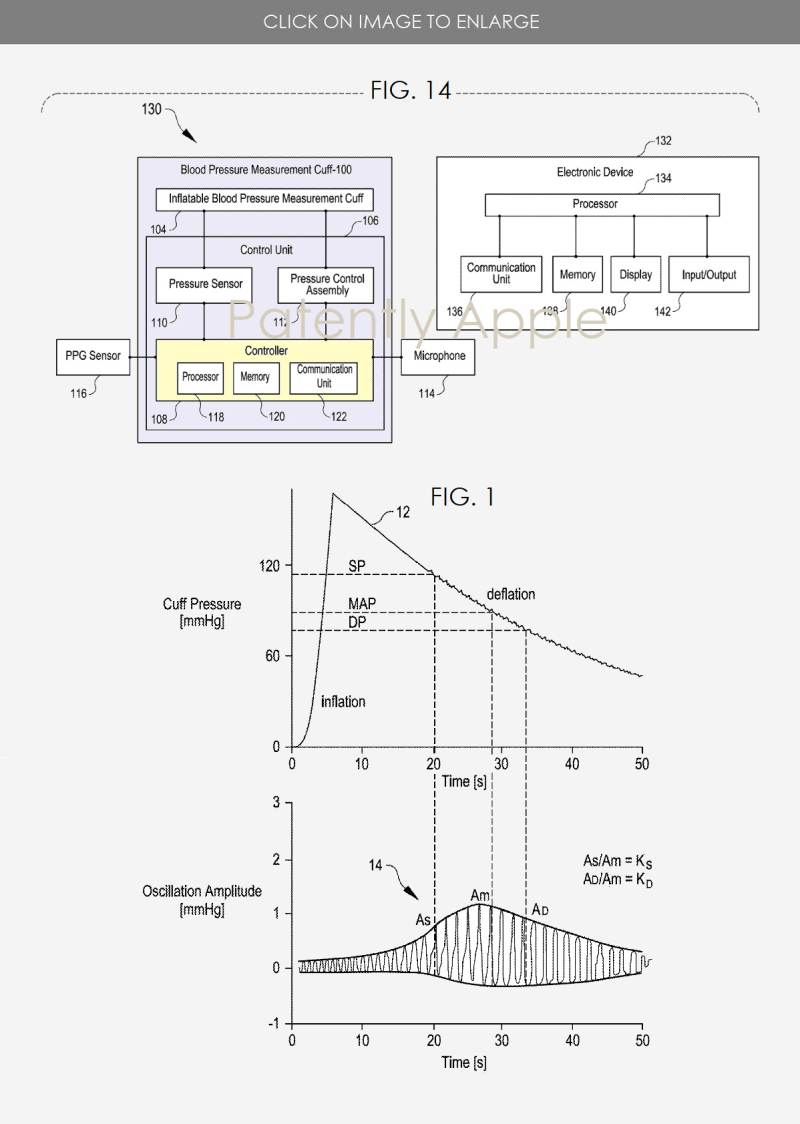 If you work in the medical field then you may be able to follow Apple's detailed patent application 20200383579 that was filed in May 2020 following their provisional patent filed in June 2019 to secure an earlier invention date. To review the details of this invention along with more complicated patent images, click here. Considering that this is a patent application, the timing of such a product to market is unknown at this time.