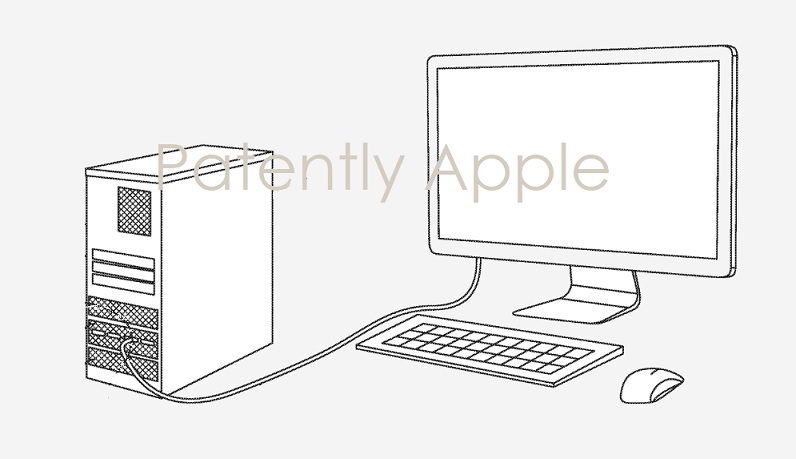 Last month Bloomberg reported that Apple was already working on a redesigned iMac, the company’s all-in-one desktop, and a new Mac Pro model that may look like the current design at about half the size. It’s unclear if that Mac will replace the current Mac Pro or if it’s an additional model. Apple’s chip designs could help the company reduce the size of its computers due to increased power efficiency.

Today the US Patent & Trademark Office published two patent applications from Apple that relate to Mac desktop towers. The first patent covers a possible new Mac Pro tower for the rest of us while the second patent relates to a new floating connector assembly for desktops which is rather cool.

Earlier today two patent Mac Pro tower patents were published and inserted into our report about a dual display stand for the Pro Display XDR. The patent figures were clearly detailing the Mac Pro. The alternative Mac desktop tower in this report is distinctly referencing a different beast –  while focused on expandability.  In fact, the patent focuses on the high-capacity computer modules that the new desktop could be able to support.

Apple's patent FIG. 1 below is a desktop tower system connected to a standalone display resembling an iMac; FIG. 29 illustrates a portion of a high-capacity computer module and a portion of a computer system. 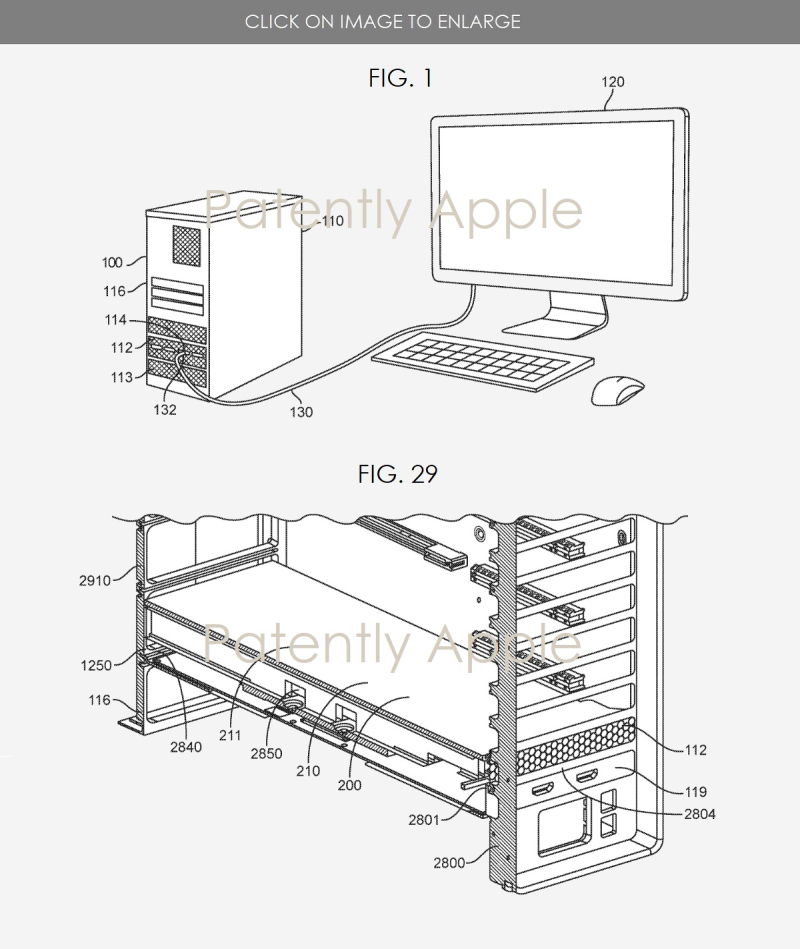 This is a very detailed patent filing and you could review patent application 20200383206 for all the details. Considering that this is a patent application, the timing of such a product to market is unknown at this time. 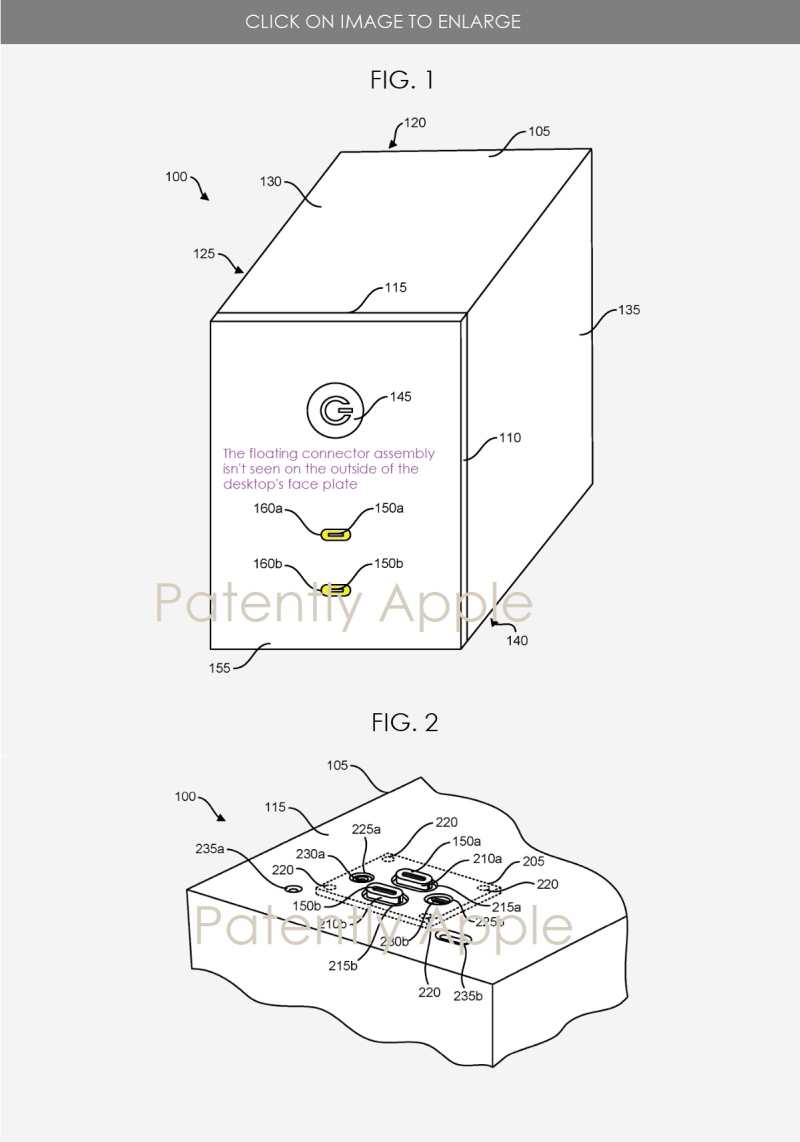 In some embodiments, Apple notes that the front cover of the desktop tower can include one or more electromagnetic gaskets and/or shields that are positioned to electrically and mechanically couple to first and second connector sleeves of the frame.

The floating connector concept could be carried over to future MacBooks along with the iPhone and iPad.