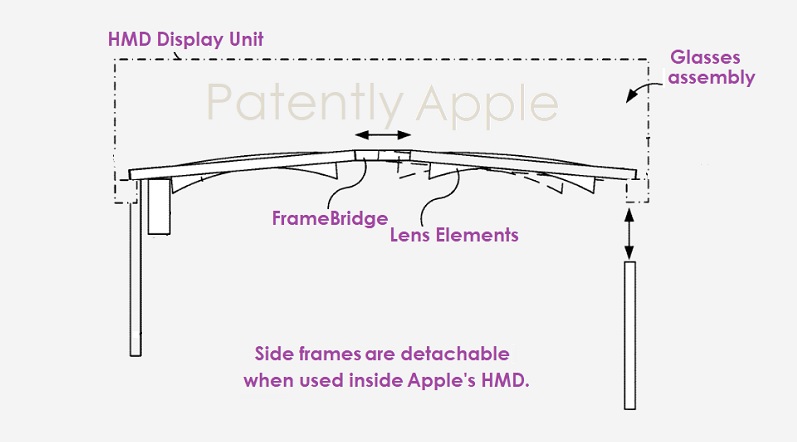 For some time now, Apple has been working on a Head-Mounted Display device that could work with prescription lenses. Patently Apple has covered this subject in at least 4 IP reports (01, 02, 03 & 04).  No other VR headset on the market today addresses the issue of prescription glasses. Apple's engineers appear to be determined to provide Apple customers that wear prescription glasses with a unique and comfortable system.

Today the US Patent & Trademark Office published a patent application from Apple that relates to a unique Head-Mounted Display device system. In one design, prescription lenses could be placed into a swing-away module. In a second design, a user will wear normal-looking prescription glasses designed with removable side frames (temples) that will allow the front frame of the glasses to fit into Apple's main VR/MR HMD display system.

A head-mounted display (HMD) is a display device that includes one or more display modules for displaying graphics to the user. However, different users may have different refractive errors of their eyes, such that different users require different corrective lenses.

In another implementation, a removable lens assembly may be removably to the display module in a single orientation with magnetic attachment features coupled to the frame and surrounding the lens element.

A removable lens assembly may also be removably coupleable to the display module with sprung latch mechanisms.

In an implementation, a display and vision correction system includes a head-mounted display unit, a glasses frame, and a removable lens assembly.

Apple's patent FIGS. 1 and 2 below illustrate a VR & Mixed Reality display system (#100) that generally includes a head-mounted display unit (#110) and one or more removable lens assemblies (#120); FIG. 4 is a rear view of a removable lens of the display system of FIG. 1 with light emission, entry, and exit points illustrated by dashed lines (i.e., dash-dot lines). 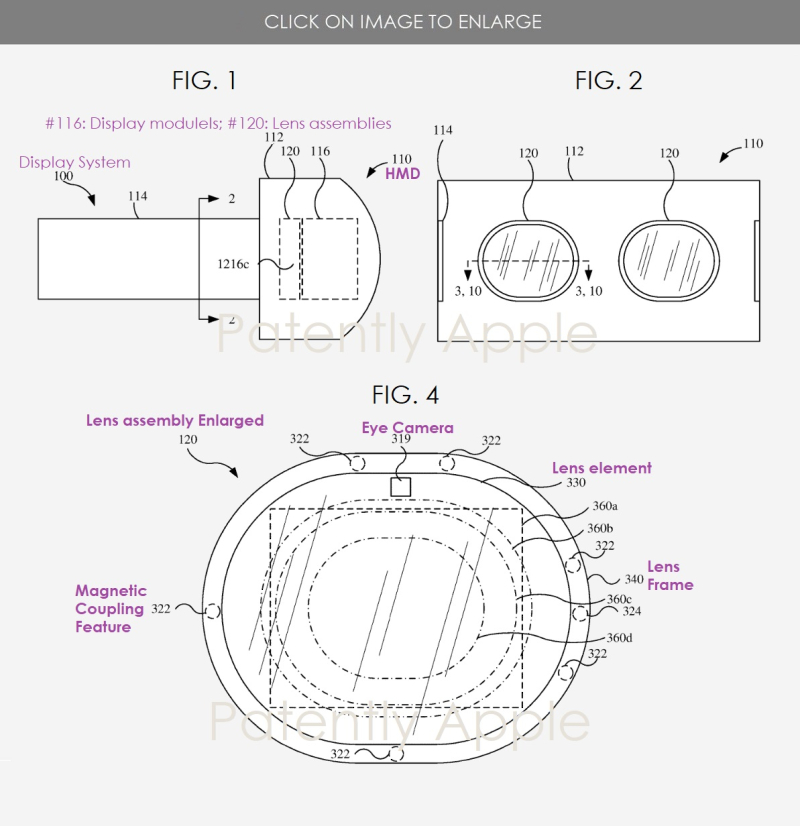 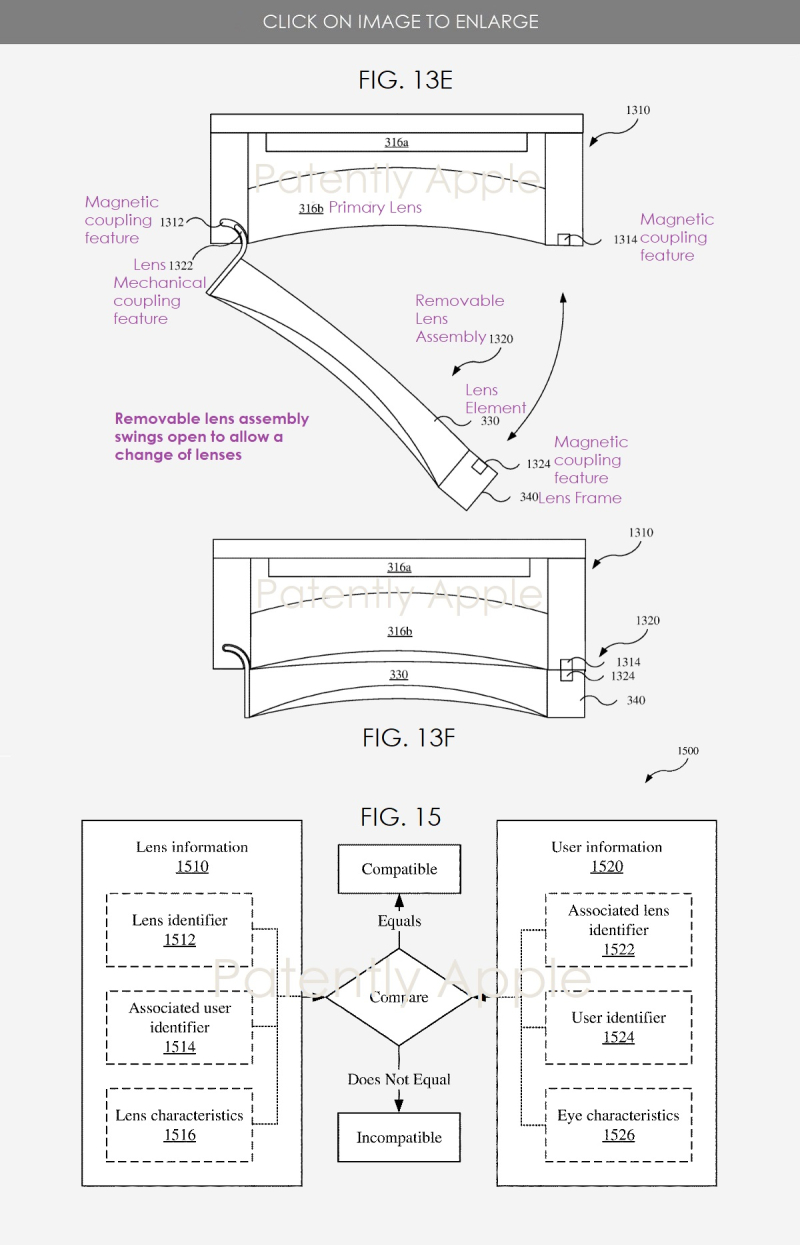 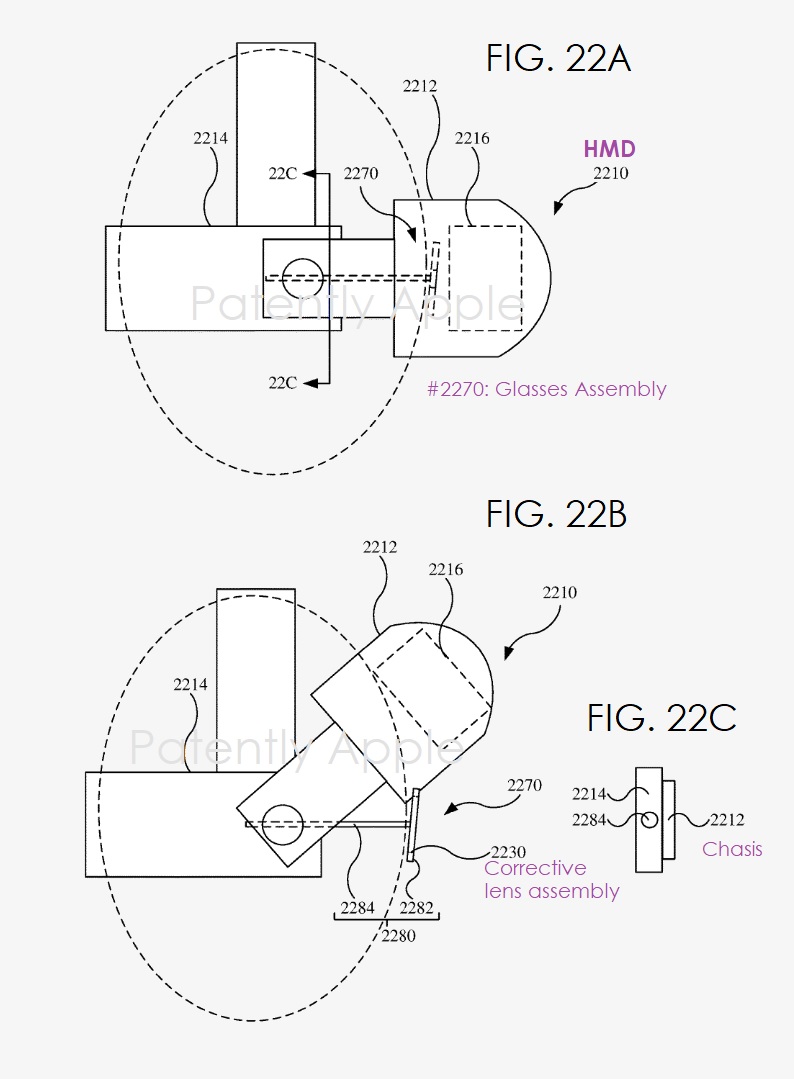 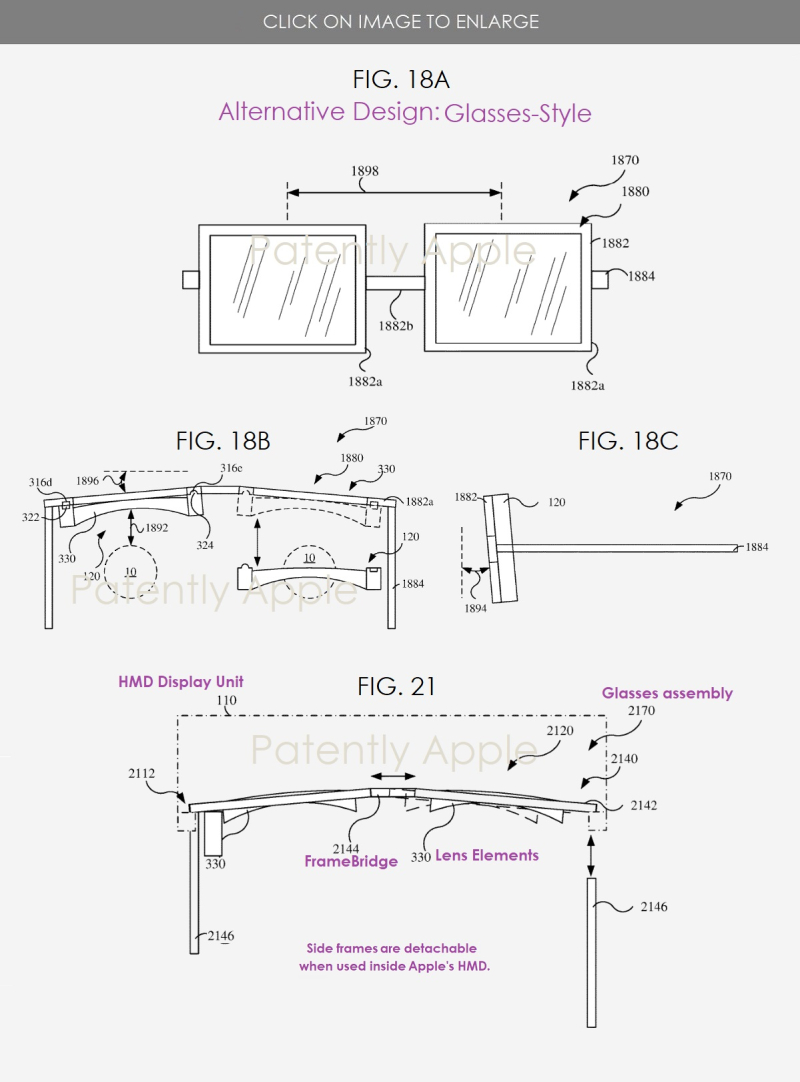