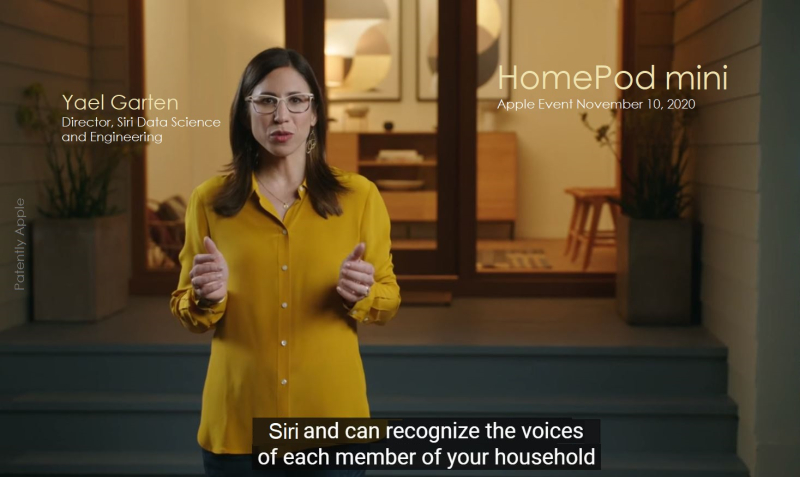 Earlier this month Patently Apple posted an IP report titled "Apple's Patent covering the new HomePod Mini's ability to Recognized the Voices of Household Members has Surfaced." The report noted that Apple's patent related to Siri identifying users in a multi-user or shared environment like the home. This was introduced during Apple's special virtual event held on November 10, 2020 by Yael Garten, Apple's Director, Siri Data Science and Engineering as featured in our cover graphic. The text at the bottom of the graphic was generated by having English Subtitles turned on to capture that specific phrase.

Flash forwarding to the present, the U.S. Patent and Trademark Office officially granted Apple a related patent yesterday titled "Multi-user configuration" that covers a whole host of set-up interfaces for this feature of recognizing multiple users in the home that will be authorized to make requests to Siri to control home devices and more. Below are just a few of these user interfaces. 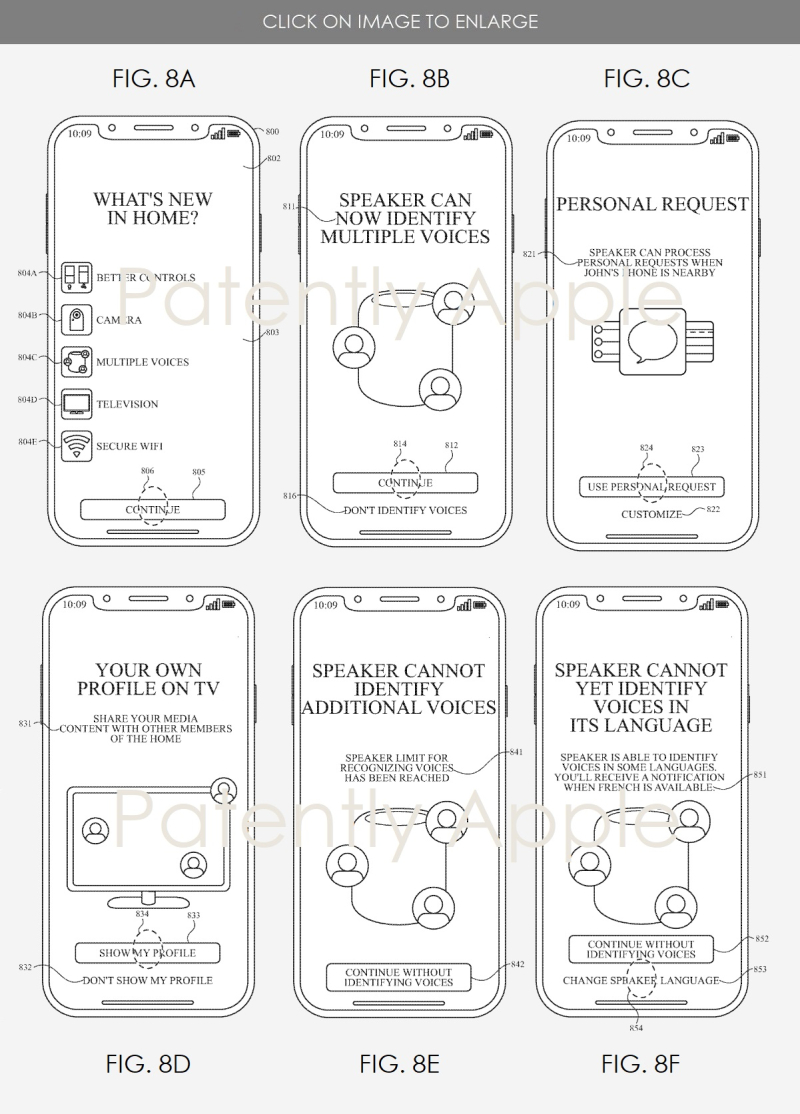 In the figures below we see Apple referring to those in the Home as an "iCloud Family" that could be given specific authority to operate specific in-home accessories/devices and more. 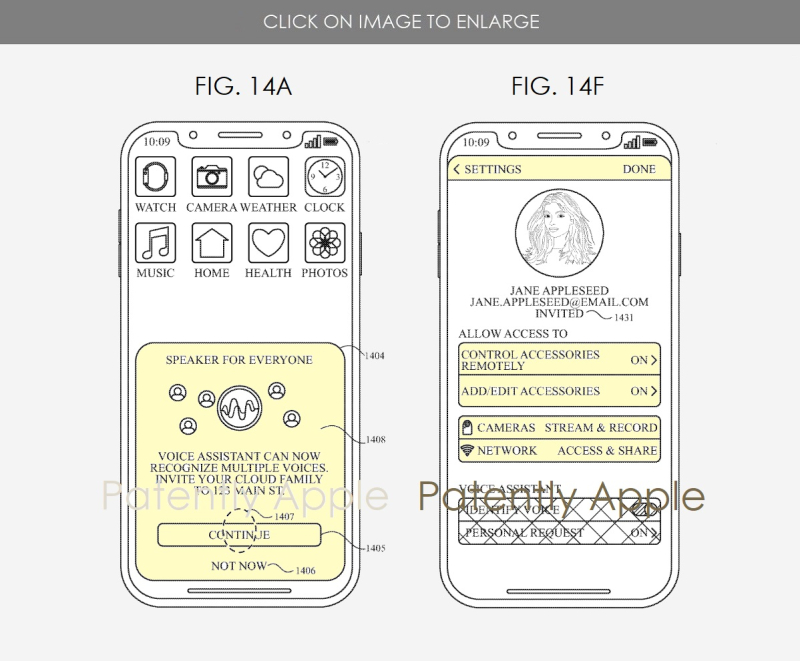 Towards the end of the granted patent they note: "One aspect of the present technology is the gathering and use of data available from various sources to improve the manner in which devices provide one or more features across a group of users. The present disclosure contemplates that in some instances, this gathered data may include personal information data that uniquely identifies or can be used to contact or locate a specific person. Such personal information data can include demographic data, location-based data, telephone numbers, email addresses, twitter IDs, home addresses, data or records relating to a user's health or level of fitness (e.g., vital signs measurements, medication information, exercise information), date of birth, or any other identifying or personal information.

From Apple's granted patent, it's unknown at this time whether Apple will allow in-home "accessories" that are not from Apple to have access to personal information from the HomePod mini's database that could provide users with a better experience. If not, that could be seen in a negative light by the EU Commission's new digital rules published yesterday regarding "gatekeepers."

For the record, Apple's granted patent was never published as a patent application under "Apple" as the assignee to keep the project a secret for as long as possible. Granted patents on the other hand force the owner of the patent to reveal their identity as the owner. This is a common tactic of Apple's, especially on all 'Project Titan' patents in order to keep their individual vehicle inventions private for as long as possible.

Apple's patent is extraordinarily long and detailed. For those wishing to review the dozens of iPhone user interfaces and finer details related to the HomePod mini's set-up and more, review Apple's granted patent 10,867,608.