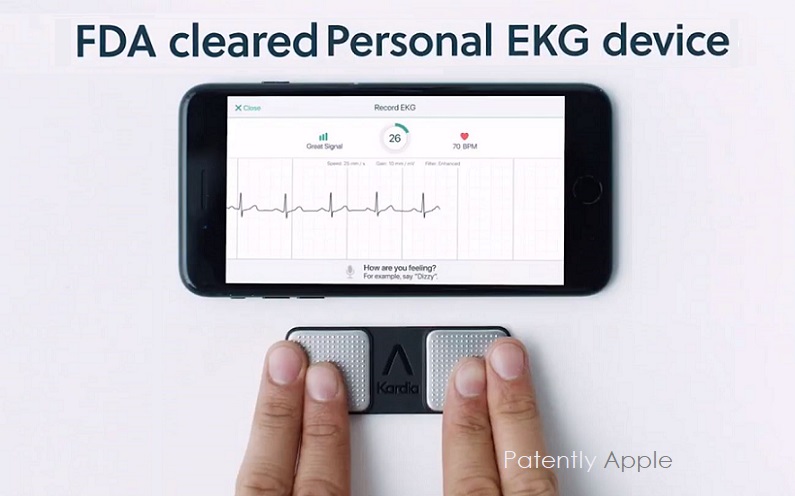 AliveCor is a real company with a real product with patents supporting their technology for a device that just happens to work with an iPhone relating to EKG. Meaning that AliveCor isn't a patent troll.

The company has a well-recognized TV ad as presented below, perhaps one that you may have seen. AliveCor is now suing Apple for patent infringement covering three granted patents.

AliveCor is claiming that the Apple Watch Series 4 and later devices with the ECG App infringing on their granted patent 10,595,731 and two additional patents that are listed below:

AliveCor's patent FIG. 8 below represents exemplary screenshots of the executed application; FIG. 14 shows an embodiment comprising a smart watch which includes at least one heart rate monitor and at least one activity monitor. 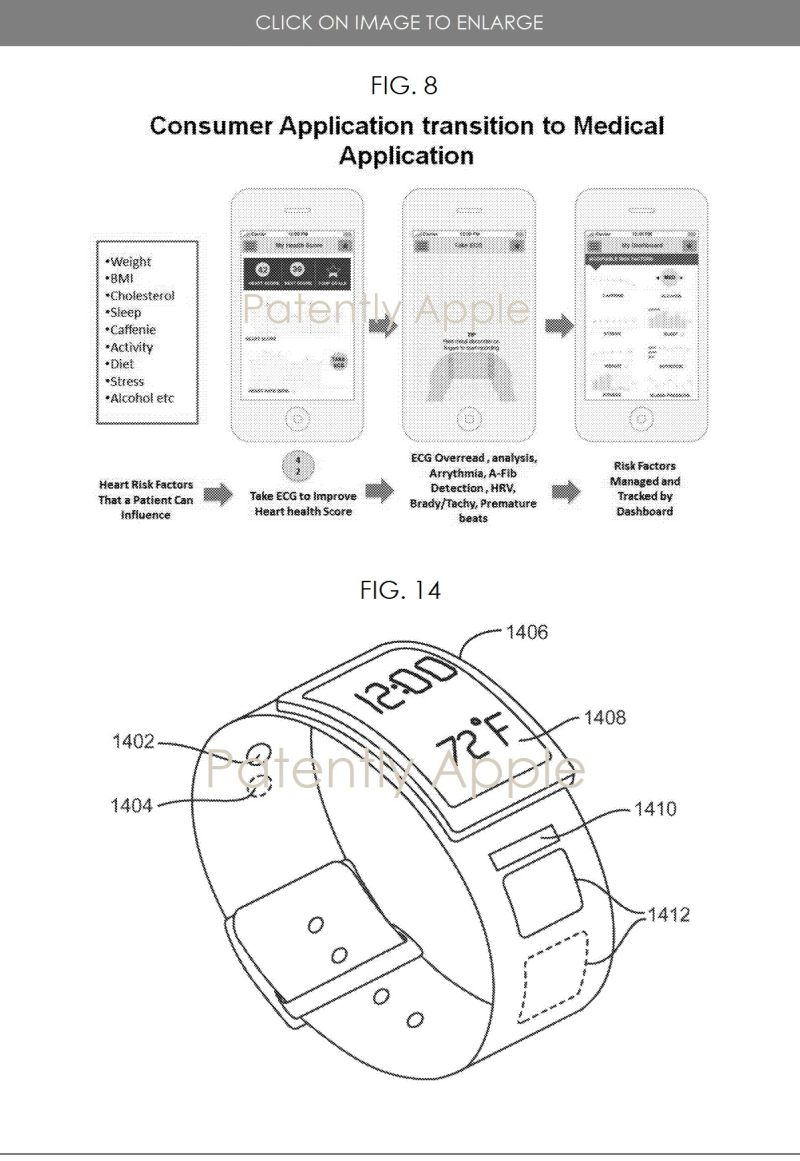 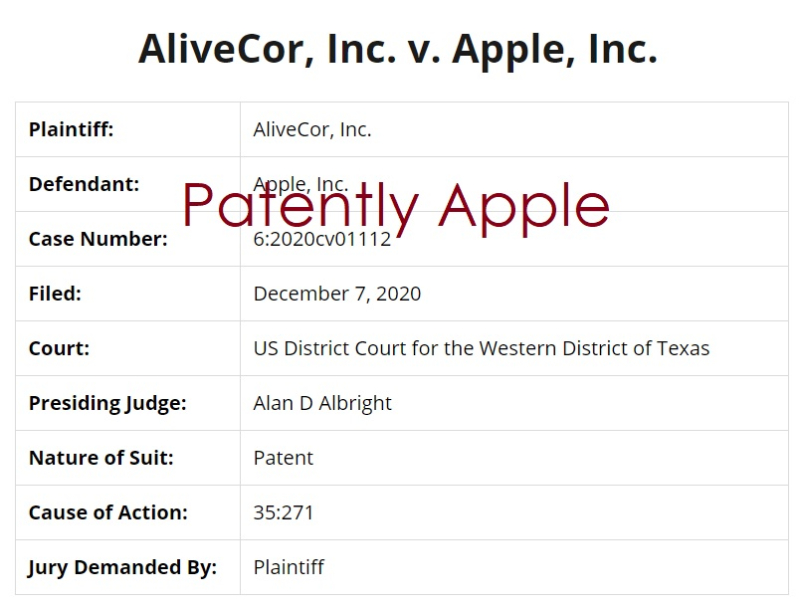