Home Archives Contact Us Subscribe Twitter MeWe Facebook Patently Mobile
Luxshare is Rumored to be Entering Apple's iPhone Supply Chain Starting with the iPhone 12 mini
The Apple M1: Welcome to the Next Wave of Innovation for Mac

The U.S. Patent and Trademark Office officially published a series of 43 newly granted patents for Apple Inc. today. In this particular report we mainly cover a feedback system possibly for the iPhone 12 (or future iPhone) executing a haptic feedback event using a tungsten enclosure. Our report also links to several patents covering depth mapping, antireflective infrared cut filter coatings and  lastly a fabrics centric patent. And, as always, we wrap up this week's granted patent report with our traditional listing of the remaining granted patents that were issued to Apple today.

Apple's invention covers a haptic feedback module for generating a haptic feedback event. The haptic feedback module includes an enclosure having walls that define a cavity. The enclosure is capable of carrying operational components within the cavity that include a frame made of tungsten, a magnetic element that is carried by the frame, a magnetic coil element that is capable of generating a magnetic field that interacts with the magnetic element such as to displace the frame, and linear-actuation end stops that are coupled to a first end of the frame and a second end of the frame that opposes the first end. Beneficially, the use of sintered tungsten results in a frame that is significantly stiffer and denser than stainless steel.

Other Patents of Interest Today 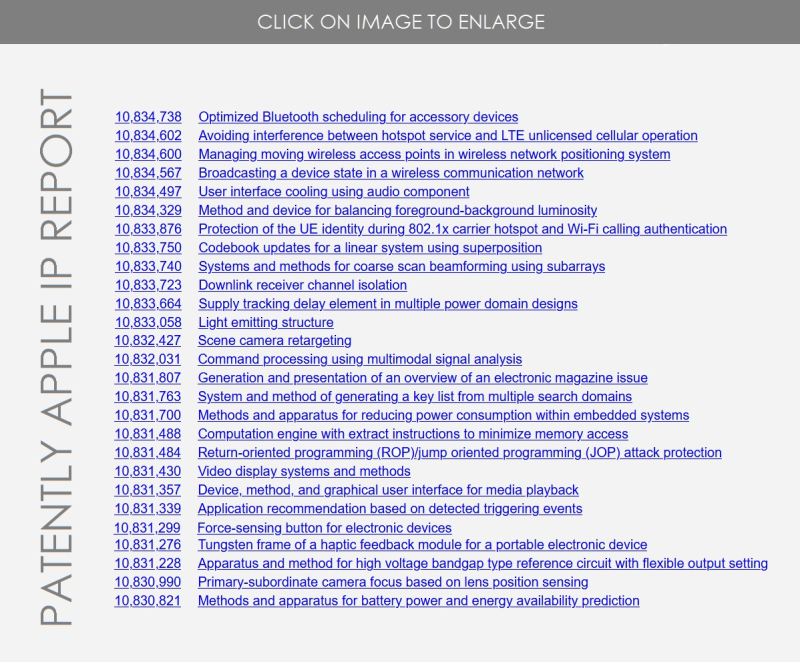