Apple is battling it out to Acquire 'Wondery,' the Largest Independent Podcast Publisher in the World 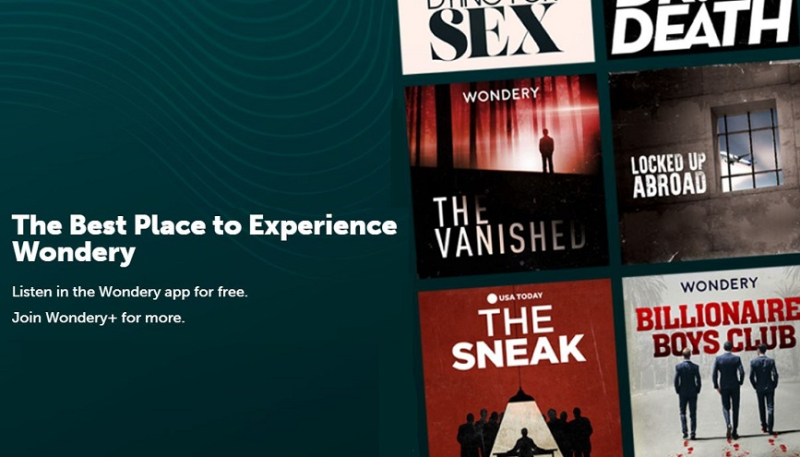 In April TechCrunch reported that "Spotify’s  podcast business is booming despite — or perhaps, because of — the COVID-19 pandemic. The company says it has now grown its podcast catalog to more than a million shows, up from the 700,000-plus podcasts it was reporting just this March. Podcaster listeners are also "more engaged overall" and "listen to more music," the company noted. Spotify is spending tons of money acquiring talented podcasters like 'The Ringer' and the 'Joe Rogan' show."

The news about the acquisition of The Ringer came to light when Spotify revealed a huge revenue miss in Q4 2019. A data report published by 'Chartable,' who makes world-class podcast measurement tools for publishers, agencies and brands and are trusted by Wondery, Vox Media and thousands of other publishers, showed Apple's lead back in January in the chart below. 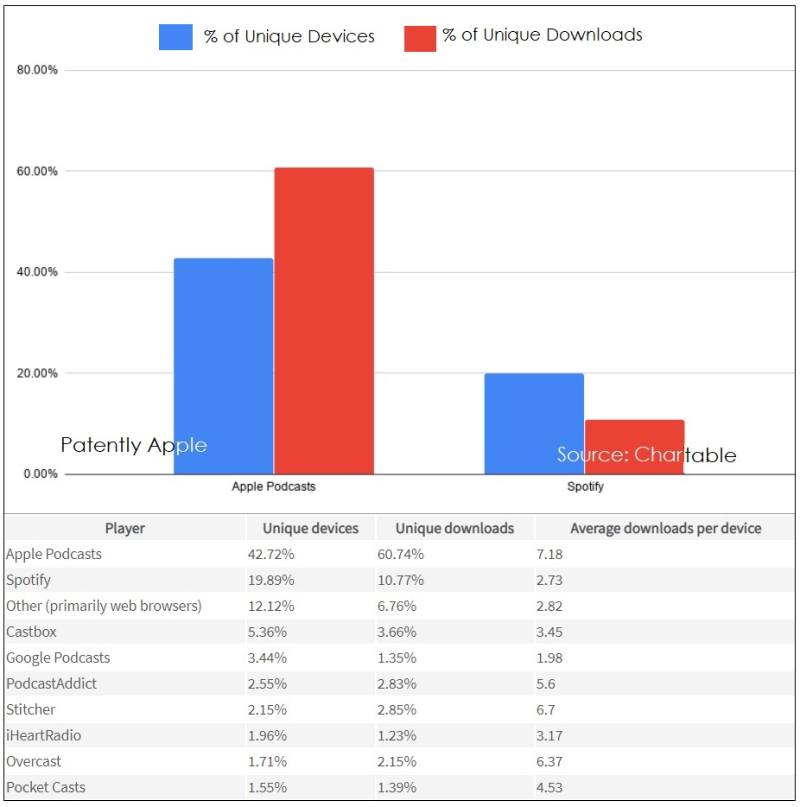 Interesting that Chartable listed "Wondery" as one who trusted their data, as Wondery may now be Apple's next acquisition target.

Bloomberg is reporting that "Apple Inc. and Sony Music Entertainment have each held talks about potentially acquiring Wondery, the producer of 'Dirty John' and 'Dr. Death,' according to people familiar with the matter, setting the stage for the biggest deal yet in the booming podcasting market." The Podcast Dr. Death was listed in the top 100 Podcasts as the #1 Podcast as of November 6, 2020.

Bloomberg further revealed that "Wondery is seeking somewhere between US$300-US$400 million in a possible sale, said the people, who asked not to be identified because the negotiations are ongoing.

Apple and Sony are two of at least four companies that have discussed a deal with Wondery, according to one of the people. Though Spotify Technology SA has been the most aggressive buyer of podcasting companies over the last two years, the Swedish audio giant has pulled out of the running, said two people with knowledge of the talks. A deal is expected in coming months, but there’s no guarantee that the discussions won’t fall apart.

Wondery is one of the largest independent podcasting studios and networks, reaching a monthly audience of more than 8 million people, according to Podtrac, an industry measurement firm. A price tag north of US$300 million would surpass what Spotify paid for the Ringer and Gimlet Media, as well as what IHeartMedia paid for Stitcher.

It’s possible that the price tag could scare off some would-be bidders, especially since the podcasting industry is still fairly small. But Wondery has a pipeline of podcasts that could be turned into television series and other content. It’s already developing more than a dozen TV shows based on its podcasts, including a program for Apple about the rise and fall of WeWork.

For Apple, adding Wondery would mark the tech giant’s most prominent investment in podcasting in several years. It also would immediately give the company a strong library of original content. Apple has been pushing deeper into original series in recent years with its TV+ video service and is also creating podcasts to augment the video efforts, Bloomberg News has reported.

After first popularizing podcasting 15 years ago with iTunes, Cupertino, California-based Apple has been refining its services. It improved its Podcast app on the iPhone and iPad in recent years, launched a Mac app, added new analytics tools for podcasters, and improved its outreach with creators." For more on this, read the full Bloomberg report.

At present, there seems to be a battle in the press as to who is really the leader in Podcasting. A July Forbes report angled it in a way where Spotify is beating Apple in Podcasts. Yet in that same month "podnews" revealed how Spotify's podcast numbers may not be telling the true story. The podnews report swings back and forth on an issue some are denying is occurring while others in the industry vehemently claim is true.

Towards the end the report they note: "assuming passthrough: if 100 people listen to a podcast on Spotify on Monday, this counts as 100 downloads from a podcast host. If the podcast’s audio URL changes on Tuesday (say there’s a different ad in it), up to 100 Spotify users could download the audio again, automatically: and this would count as a further 100 downloads from the podcast host (since it’s outside the IAB’s 24-hour time window)."

This kind of calculation, if true, would distort all of Spotify's podcast data.

In the big picture, Spotify's push into podcasting has definitely shaken this sector of the market that went into hyper-gear when they made the spectacular deal to take "The Joe Rogan Experience" out of Apple's column into their own.

So the news of a possible Apple acquisition of "Wondery" by Bloomberg today could be Apple's "spectacular" rattling deal to show the market they're not about to let Spotify take over a market that they invented.

At a time when Netflix, Prime and Apple TV+ are struggling to produce original content for their respective streaming services due to the delays brought on by COVID-19, the rising interest in podcasts shouldn't be that much of a surprise. A major acquisition of Wondery just might be the right deal at the right time.