Yesterday the US Patent & Trademark Office published a patent application from Apple that relates to a future Satellite Apple Watch that could perform tasks like an iPhone that is controlled by a parent of a child. A secondary application involves a corporate Apple Watch given to key employees and controlled by a company to update calendars and corporate information.

Secondarily, Apple notes that in another example, a satellite device can be managed device of an employee, with some functionality associated with an enterprise management account. 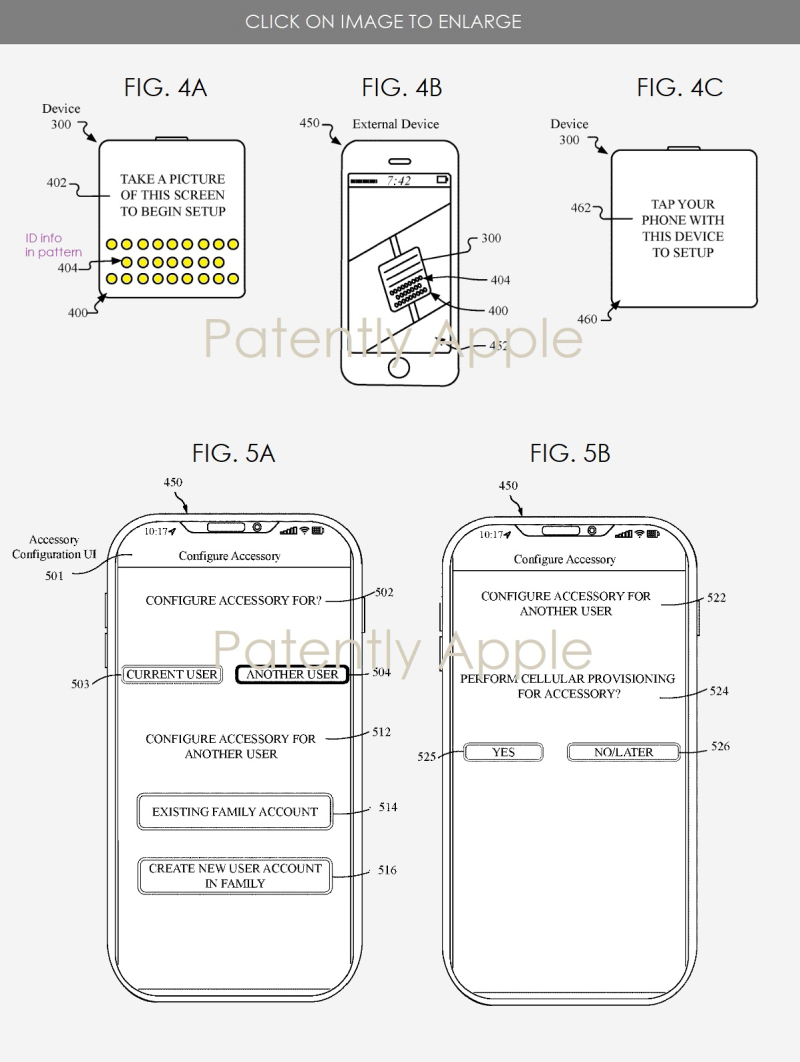 The instruction screen also includes an image containing a pattern #404. The displayed image may include wavelengths that are visible to the human eye. The image may also include wavelengths that are invisible to the human eye but can be produced by the display on the Apple Watch (#300) and detected by the camera of the iPhone (#450).

This is a very detailed invention. Beyond the outline, the patent filing covers a lot of territory broken into chapters as presented below: