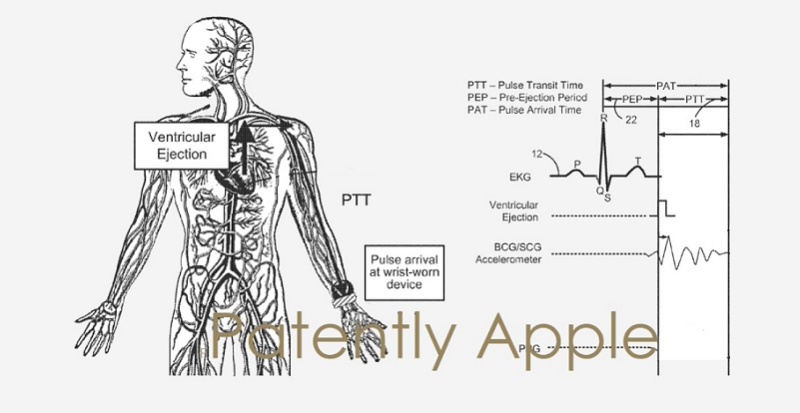 Raised blood pressure throughout its range is the most significant cause of death and disability in the world (Lopez et al. 2006). Accurate blood pressure measurement is therefore vital in the prevention and treatment of blood-pressure–related diseases.

Being able to provide consumers with this feature on a future Apple Watch would be a major breakthrough adding to its other important health features such as measuring blood oxygen levels and ECG.

Apple's patent FIG. 10 above is from continuation patent number 20200367760. The figure represents a schematic side view of a wrist-worn blood pressure measurement device held in contact with a user's chest.

Apple published a series of such patents dating back to 2014 and today two of them have resurfaced as continuation patents published by the U.S. Patent Office.

If you happen to be in the medical field or just a curious Apple fan that wishes to follow Apple's latest updates regarding blood pressure advancements for Apple Watch, today's dual continuation patents are major updates that may interest you.

Continuation patent 20200367760 titled "Blood Pressure Monitoring Using a Multi-Function Wrist-Worn Device." This patent is a little more complex in that the last granted patent only carried 7 patent claims, even though the previous patent application had 56 with the patent noting that claims #56-68 were cancelled.

The first Patent Claim (which is now claim #69) states the following:

Today's continuation patent 20200367760 cancelled all previous patent claims #1-68 and replaced them with 25 new patent claims numbered 69- 94. All of the claims are focused on "The Method" of determining one or more blood pressure values of a subject.

Considering that these are continuation patents, the timing of bringing a blood pressure measurement feature to the Apple Watch is unknown at this time.

You could review our 2017 patent application for more details for the general idea of the invention. The report also provides  you with several more patent figures to review.