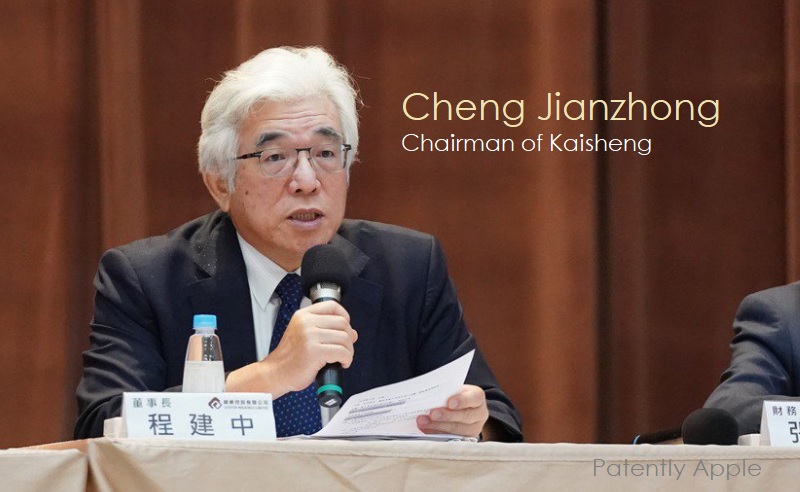 In mid-August Pegatron acquired Kaisheng-KY a chassis manufacturer. We're learning today that the Pegatron Group, held an extraordinary shareholders meeting yesterday and passed the proposal of a reverse triangle merger by the parent company, Pegatron, to become the Pegatron chassis business.

Kaisheng Chairman Cheng Jianzhong was interviewed after the meeting and revealed that in three years, he will go to India or Southeast Asia to set up factories, and vertically integrate with Pegatron nearby to provide customer products. Kaisheng's main customers include Apple and other major factories, and expand Pegatron's ability to accept Apple assembly orders.

Kaisheng mainly supplies Apple MacBook and iPad cases. This year, due to the epidemic, the demand for home office has risen. The demand for laptops and tablets has increased significantly since the second quarter and is expected to continue until the end of the year. In this regard, Cheng Jianzhong believes that although the current shortage of laptops still exists, the fourth quarter results are still worth looking forward to.

Among them, the Batam factory in Indonesia was put into operation in June and July last year, focusing on the production of Netcom and Internet of Things products.

This coming February Pegatron will move forward to set up a factory in Vietnam, which is expected to be put into operation in 2021, and has completed the registration procedure of the Indian subsidiary in July. The market expects that Pegatron India will start production in 2021.

Cheng Jianzhong pointed out that there are currently many assembly plants in India, Vietnam and other places, but at this stage there is still room for improvement in the integrity of the supply chain, and internal integration needs time. Kaisheng will not cross out of mainland China in the short term, but will go to India or sooner or later. Southeast Asia will be established in three years at the earliest.

Pegatron previously announced that it will acquire the entire equity of Kaisheng at 87.5 yuan per share for a total amount of 14.5 billion yuan to strengthen the integration of the group's resources and receive orders more efficiently. Kaisheng yesterday approved the merger and acquisition of Pegatron at a temporary meeting of shareholders, and will apply to the Stock Exchange for the termination of the listing transaction. The base date of the merger is tentatively set as February 26, 2021, and will be delisted after the completion of the acquisition.