Home Archives Contact Us Subscribe Twitter Facebook Patently Mobile
Before Diving into the tiniest of details of the new iPhone 12 models, take a look at a Quick Comparison of the new models
Intel, Samsung, Microsoft are Collaborating on the new 'Horseshoe Bend Project' that covers 17" Foldable Display Notebook standards 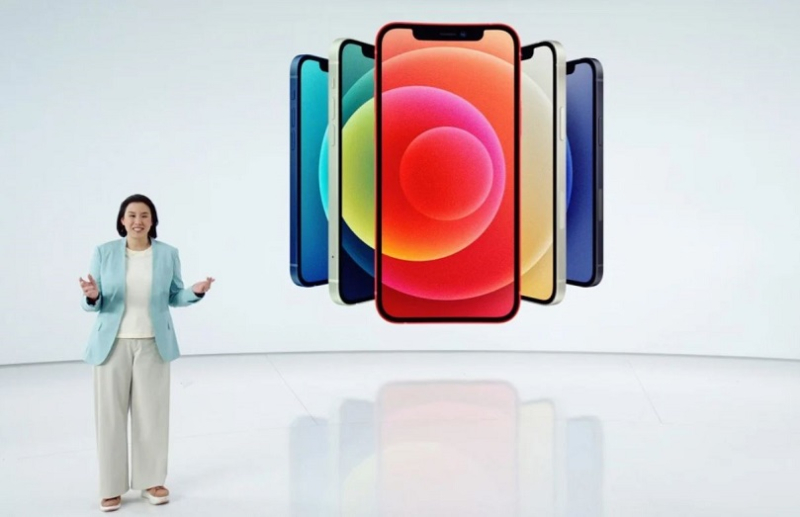 It's being report today that Apple’s iPhone 12 launch drew mixed reactions in mainland China on Wednesday, with fans cheering a 5G model for their favorite brand while others planned to wait for upcoming devices from local rivals like Huawei Technologies.

Reuter reports today that "the much-anticipated Apple launch comes in the wake of Chinese Android-platform brands such as Huawei and Xiaomi Corp having already rolled out higher-end 5G devices compatible with China’s upgraded telecoms networks, with the U.S. giant seen by some analysts to be late to the party.

In its second-largest market by revenue, Apple’s announcement was feverishly discussed on social media. With over 6 billion views, the tag ‘iPhone12’ ranked as the no. 1 topic on China’s Twitter-like Weibo.

Asked if they’d buy the new iPhone, which will give Apple users 5G access in a market where such networks are already widespread, respondents to a Caijing magazine poll were almost evenly split: some 10,000 voted no, 9,269 said yes, and just over 5,400 said they were still considering it." That's actually great considering that Apple iPhones by volume is #5 in China. That's a strong reaction to a company in fifth spot in context to the population.

Still, analysts said they were bullish about the iPhone 12’s reception in China, saying that the firm still likely had many loyal users who have postponed upgrading devices until the launch of the 5G-friendly iPhone 12.

With the new model in view, research firm Canalys recently revised its forecast for iPhone shipments to China in fourth-quarter 2020 to a 14% year-on-year increase, a big swing from the 1% decrease it originally predicted.

Nicole Peng, who tracks China’s smartphone sector at Canalys stated that "In China now, 5G is not a premium feature, it’s a must-have feature. The 5G launch will trigger a new wave of phone replacements” for Apple in China before the end of the year and in first-quarter 2021."

Canalys expects 50% of Chinese phone owners to be using a 5G device by the end of 2020, as networks and phone brands have aggressively pushed adoption. Only 29% of U.S. phone owners will be on 5G devices by the same time.

Apple’s unit shipments in China increased 35% year-on-year in China in the second quarter of 2020, according to Canalys. That made it the only top brand besides Huawei to see positive growth - a feat it achieved even without offering a 5G device." It only gets better going forward. For more, read the full Reuters report.

There's more iPhone 12 reaction that could be found in China in a new Abacus report (a publication now owned by South China Morning Post). One unique complaint that they captured from Weibo was: "I’m fine with not having earphones since I’m using Bluetooth earpods anyway, but removing the charger is just too much … It’s like asking me to eat without chopsticks."

On a distant related matter, Huawei's issues stemming from the various U.S. bans against it is hurting the company that is now entertaining selling their most popular  "Honor" brand, an economical brand that helped Huawei rise to power very quickly.

The Korea Times reports today that Huawei Technologies Co Ltd is in talks with Digital China Group Co Ltd and other suitors to sell parts of its Honor smartphone unit in a deal that could fetch up to 25 billion yuan ($3.7 billion), people with knowledge of the matter said.

Embattled Huawei is resetting its priorities in the face of U.S. sanctions and will focus on its higher-end Huawei phones rather than the Honor brand which is aimed at young people and the budget conscious, they said.

Whether such a development would boost Apple's standings in China is unknown at this time. Reuters is also covering this news today.