Apple was Granted Two Major Patents Today that came to Life with the iPhone 12: MagSafe Charging and Ceramic Shield 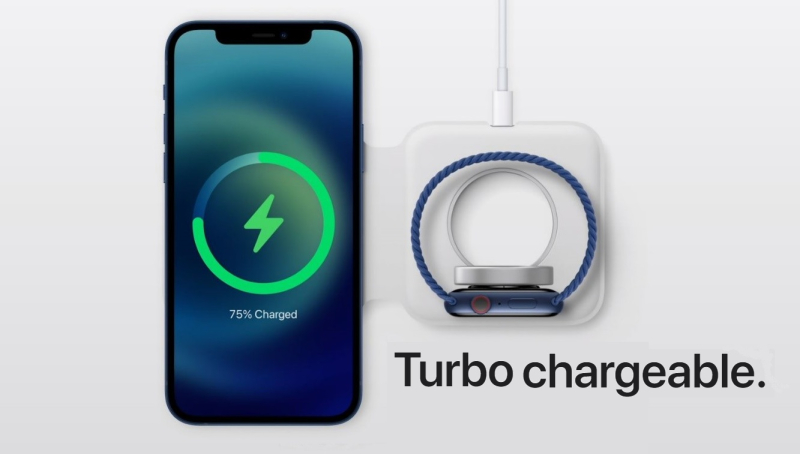 Wow! What are the chances of writing two granted patent reports in the early morning and have them come to market later that same morning. How about a billion to one. Yet that's what happened today with Ceramic Shield and MagSafe wireless charging which are now patents fulfilled.

In our last patent report of the morning before waiting for the iPhone event we covered three granted patents. The second patent had the header "Improving Cover Glass Strength." Our report noted that techniques described in Apple's granted patent are generally directed to components that may include a residual internal compressive stress region in a glass or glass ceramic portion. The components described may have improved resistance to cracking and therefore provide enhanced durability of the components and electronic devices including the components.

We presented patent FIG. 12B pointing out the crystals formed in the glass as noted below. 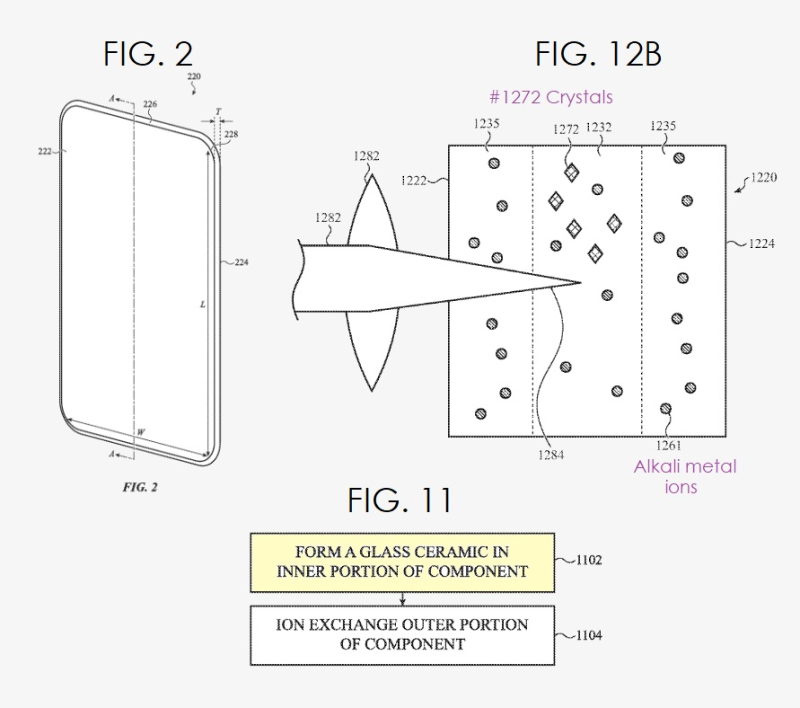 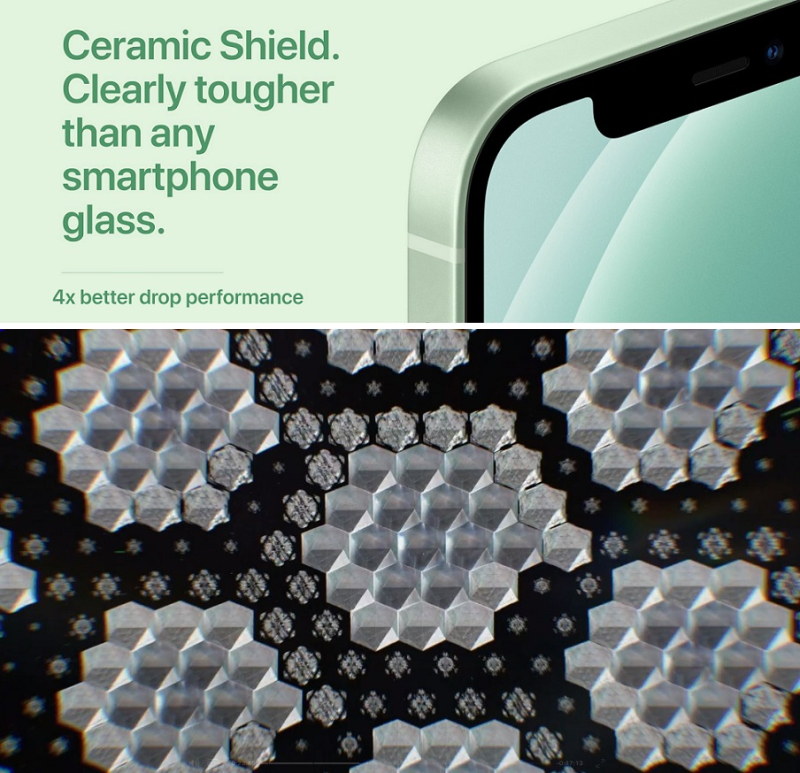 Beyond Ceramic Shield, there’s one more thing that contributes to the durability of the front cover. It sits flush to the edge of the phone, which helps protect it even more. Altogether, we’ve quadrupled the drop performance — the largest year-over-year improvement ever for iPhone. The video below is set to begin just as Apple introduces Ceramic Shield to fill you in more. 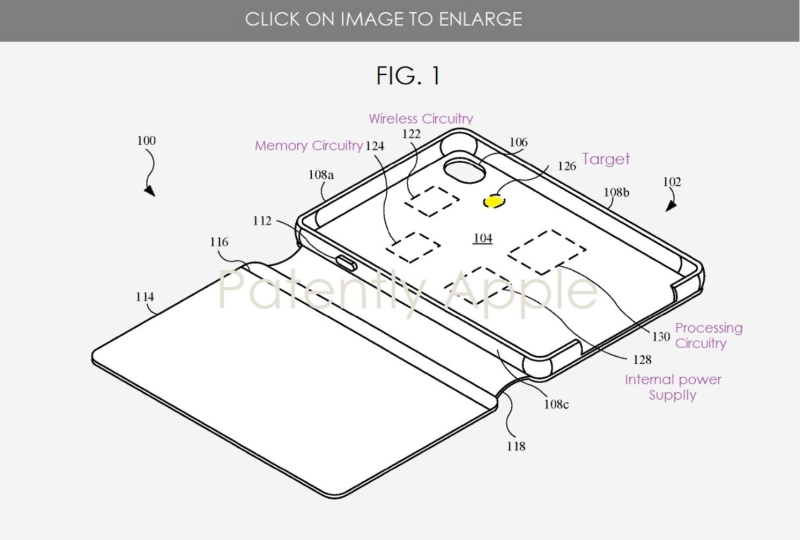 Today Apple introduces MagSafe Charging and Accessories with one being for a wireless charging puck and for iPhone MagSafe charging accessories. 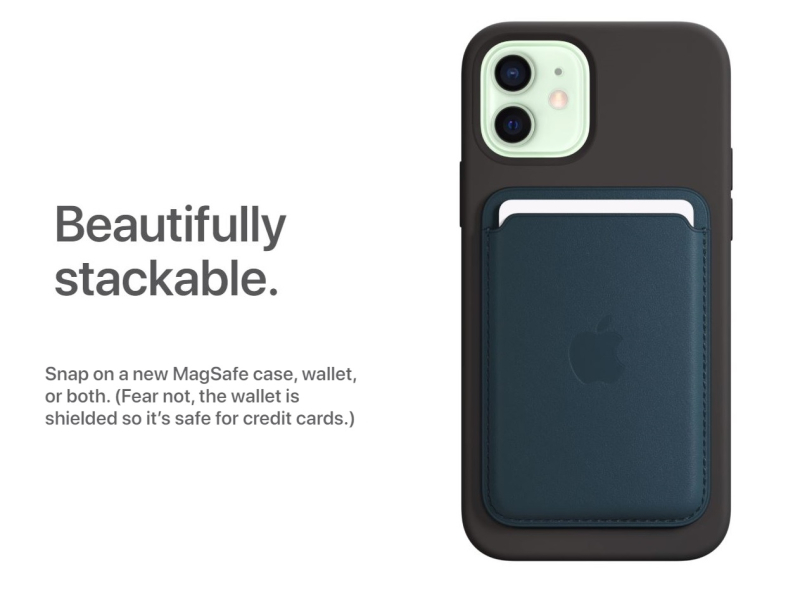 An overview of MagSafe 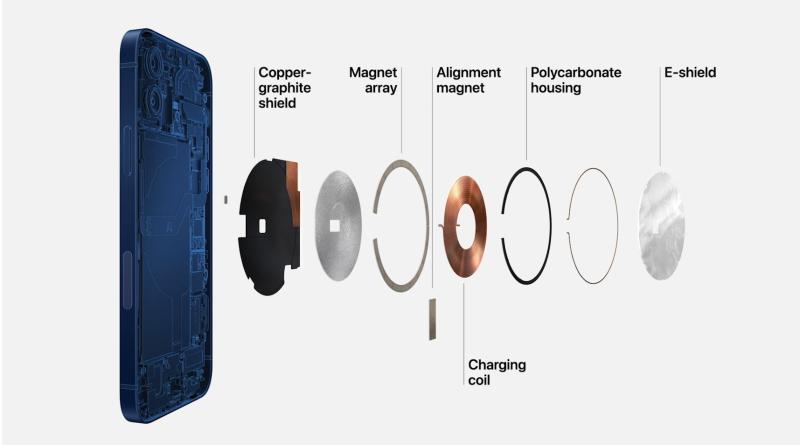 In this July 2020 patent report, Apple revealed that their MagSafe magnet system would eventually extend to other accessories that may work with a future iPad, an in-vehicle and more. 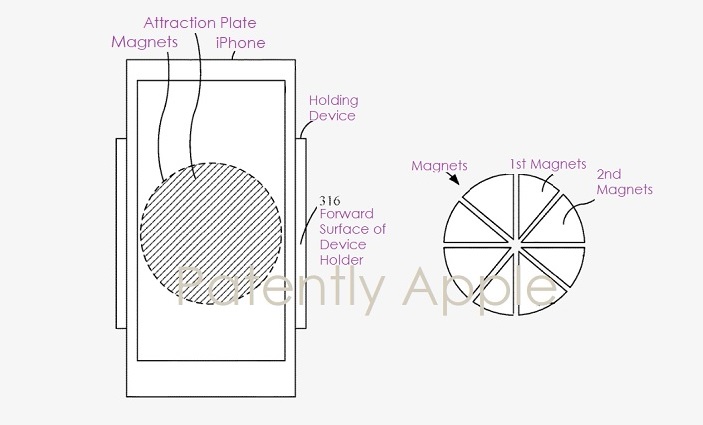 The video below is set to begin as the new MagSafe and accessories are introduced.