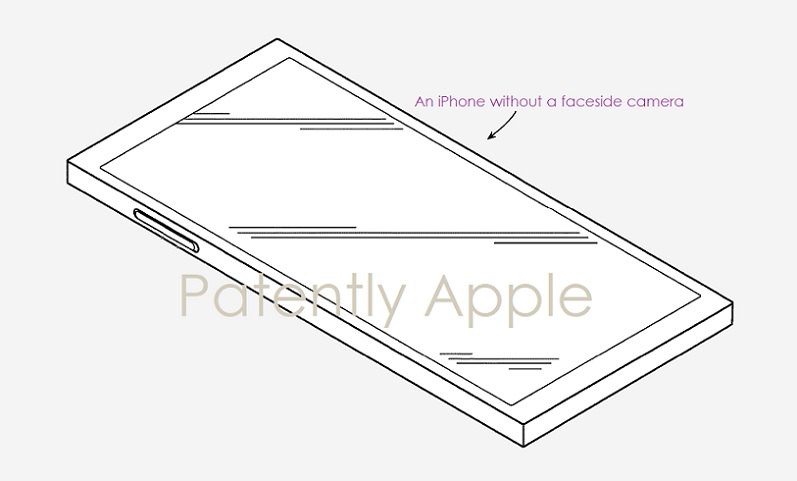 Today the US Patent & Trademark Office published a patent application from Apple that relates to a whole new construction of an iPhone in an effort to make it thinner yet durable. The new design supports reverse charging and magnets to allow other devices like an Apple Watch or AirPods case could attach. The device would also support connecting an Apple Pencil on the backside.

It's made clear that such a new iPhone design will require the use of new materials and construction as well as dropping complex Face ID and multiple back cameras.

Apple states that the core, first and second structural layers can all include fiberglass, carbon fiber, or a carbon fiber and fiber glass hybrid. In other embodiments, the structural layer could include at least one of steel, titanium, aluminum, or other metals.

Additionally, the inclusion of one or more functional components in the composite device enclosure, for example magnets, cables, vias, batteries, thermal components such as thermal spreaders, inductive charging components, and other functional components, can allow for these components to be positioned close to the exterior surface of the device, and in some examples, closer than can be achieved with traditional enclosure construction. 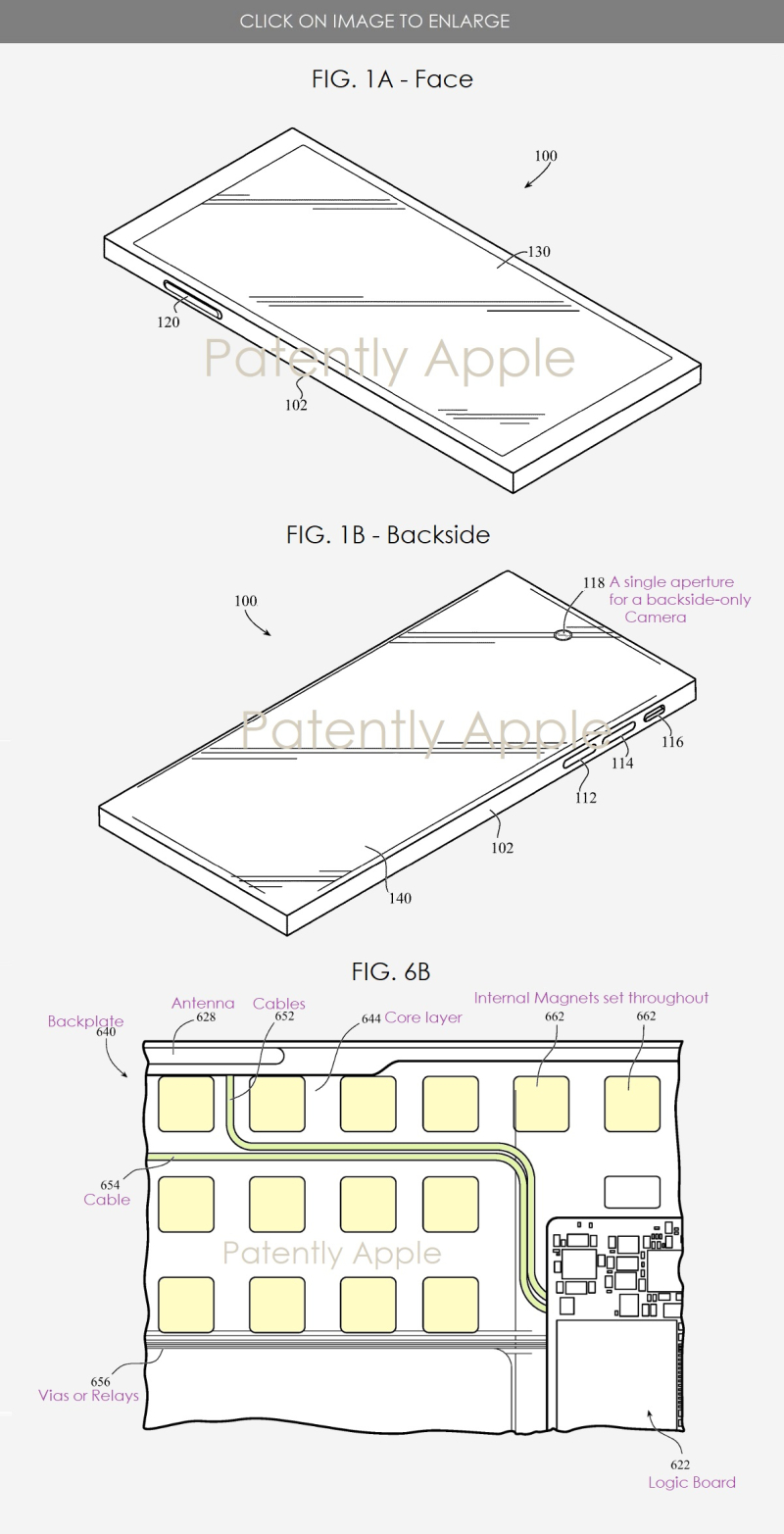 Apple further states that the increased proximity of the functional components of the composite enclosure to the exterior environment can improve component efficiency.

In some examples, where a composite enclosure includes a magnetic functional component, the performance requirements of the functional component can be reduced relative to a similar component in a device with a traditional enclosure. That is, the closer proximity between a magnetic component and the exterior environment can allow for the use of components with weaker magnetic fields to achieve the same or similar results, thereby providing cost savings or additional functionality.

Examples of such accessories or second devices include input devices, such as a keyboard or stylus, covers, audio devices, display devices, electronic devices such as watches, phones, tablets, and computers.

In use, positioning an accessory that includes a magnet adjacent to or within a desired range of the active functional component can trigger the Hall effect sensor and automatically send a signal to one or more other functional components of the electronic device.

Apple's patent application number 20200307145 that was published today by the U.S. Patent Office was filed back in July 2019. Considering that this is a patent application, the timing of such a product to market is unknown at this time.