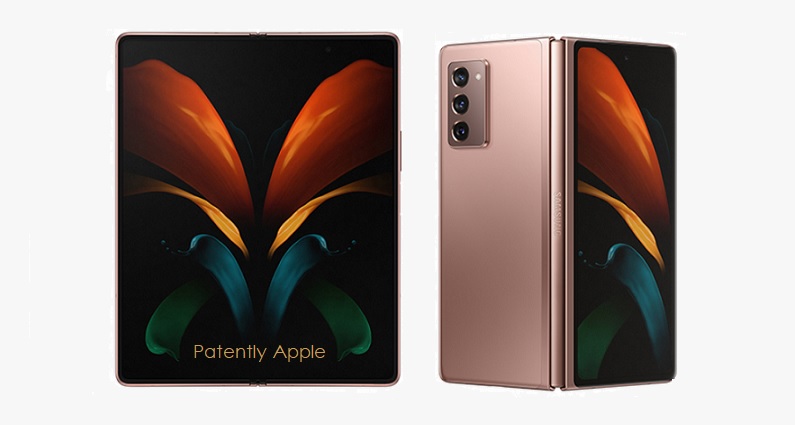 Later this morning Samsung Electronics will be launching their Galaxy Z Fold2 smartphone with a number of improvements including a full screen face panel as noted in our cover graphic above.

Looking forward, it's been revealed that Samsung Electronics has partnered with Corning in developing its own "foldable glass." Using Corning’s glass substrate, it will look to develop cover glass for foldable smartphones that can be bent or folded.

According to display industry sources, Samsung Electronics IT & Mobile Communications Business recently started receiving necessary glass substrates from Corning that are required for development of foldable glass. They have established a partnership in order to materialize "ultra-thin glass (UTG)" that is a key material for cover window used for foldable smartphones.

Back in March 2019 Patently Apple posted a report titled "Corning wants in on the Folding Smartphone Race and is only a Few Years out from delivering a Folding Glass Breakthrough." The report covered a video on Corning's work on bendable glass as presented below.

Although Samsung had an exclusive deal with Schott for the Galaxy Z Fold, Samsung is now shifting gears to work with Corning's foldable glass substrate technology. With two strong competitors fighting for Samsung's business, prices are bound to come down making foldables more affordable for consumers.

The report further noted that "Huawei recently placed an order for OLED panels for its foldable smartphones from Samsung Display. It's expected that Samsung Display will lead the global foldable display panel market for years to come. For more on this, read Korea's ETNews report.

While Samsung is determined to be a leader in foldable smartphones, Microsoft has decided to go with a dual display smartphone called the Surface Duo which officially lands in Best Buy Stores and at AT&T on September tenth.

Until foldable phones can iron out early stage issues, Microsoft's 2-Display devices may be found to hold more appeal with consumers and professionals.

While it's too early to predict a winner in the foldable device category, the buzz surrounding Microsoft's Surface Duo is close to fever pitch in the Windows community that has to be troublesome for both Samsung and Huawei who are betting the farm on single displays that fold. Either way, the biggest winner here are Android developers being that Microsoft's new dual display devices runs Android 10.