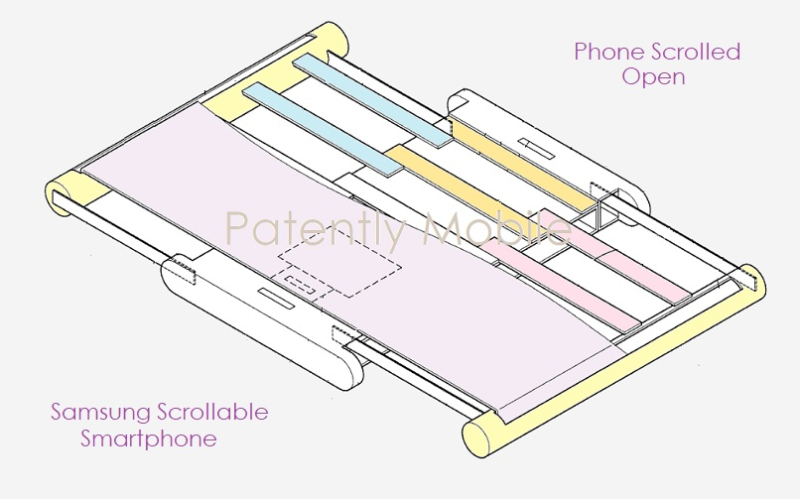 In 2018 Samsung was proud to announce their new display breakthrough that they branded the Infinity Flex Display as presented in the graphic below. Samsung touted that their innovation would lead to foldable phones (that materialized in the form of the Galaxy Fold which began poorly), rollable displays for scrollable phones (scrollable) and even stretchable display devices (not phone related). 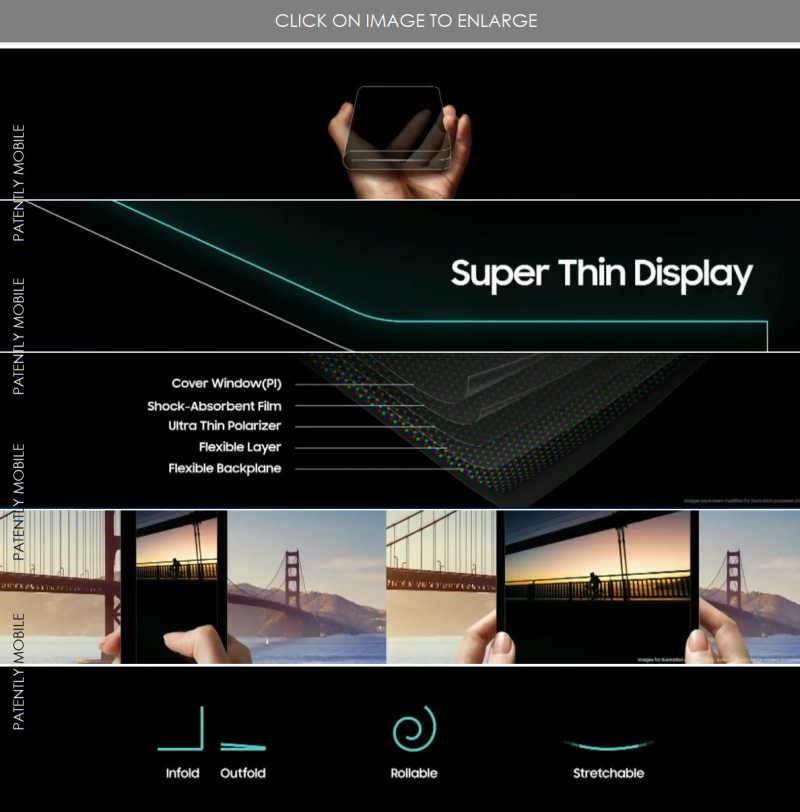 Samsung's first scrollable device patent that began to make some sense was published in 2018 and presented in our report titled " Samsung Invents a Smartphone with a Display that could be Stretched out to a Full Mini Tablet when needed." The graphic below illustrates this concept perfectly.

The only problem at first glance was how the display support system used a very complex mechanism to accommodate constant expanding and contracting the display over time. It looked like a disaster in wait. You could view that system in the link provided above.

Two years later and Samsung is back with a new patent filing with an all-new mechanism supporting constant scrolling action of the display as illustrated in their new patent figures below that were published a few weeks ago. 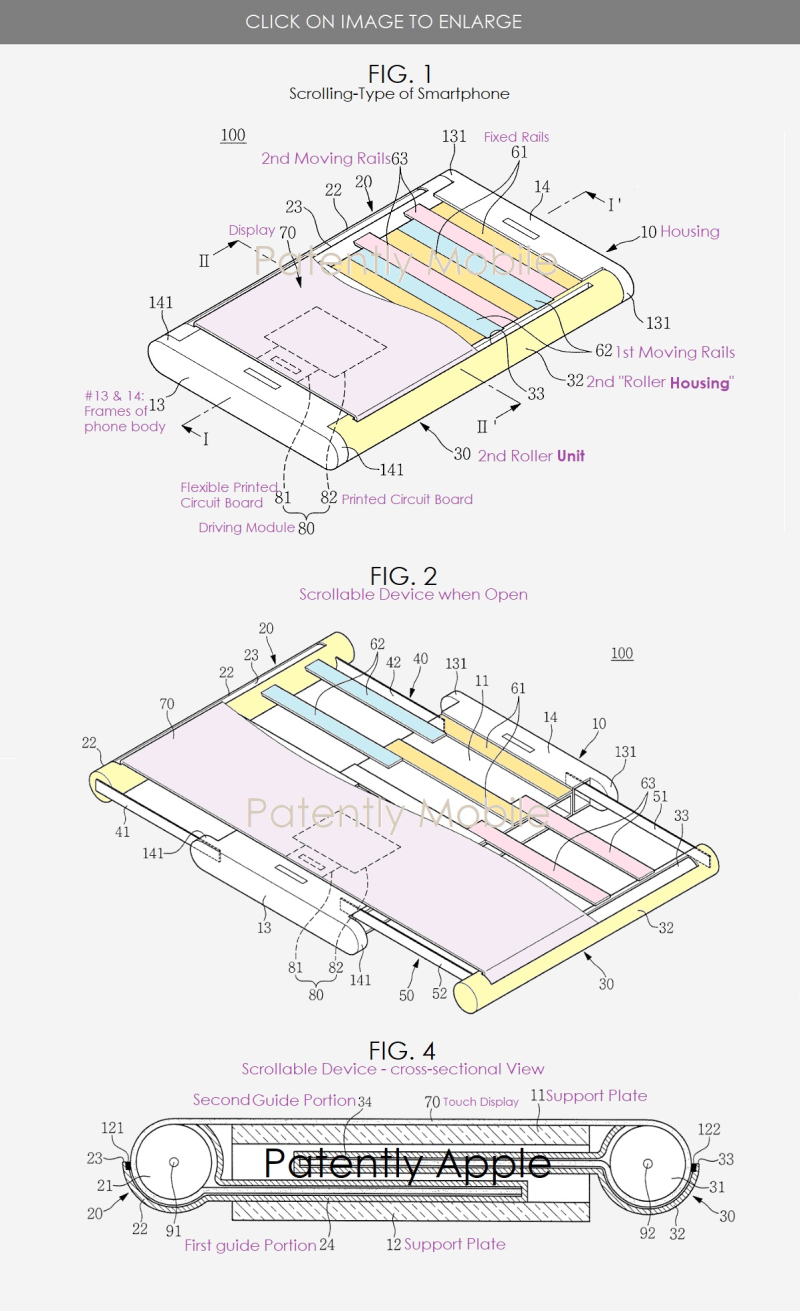 With Samsung struggling to make their foldables deliver an experience people will want to shell out $2,000 up to $3,000 + for, which includes their limited Thom Browne Edition, it seems clear that they won't be leaping to a scrollable-style form factor until they get their foldables just right.

On Tuesday Patently Apple posted a report titled "Samsung is beginning to work with Corning's Ultra Thin Glass Substrates for future Galaxy Fold smartphones." That was almost an admission that the product they have isn't delivering the quality needed to make foldable and scrollable smartphones a surefire market winner.

Until Samsung gets their act together, Microsoft is running with their new dual display Surface Duo smartphone-like device that has a better chance of succeeding, especially at a price $700 cheaper than Samsung's Galaxy Z Fold2. It launches next week on September 10.

While Apple isn't ready to deliver a scrollable device anytime soon, Apple Engineers have tinkered with the concept and have a couple of patents  (01 and 02) ready on this form factor, just in case it ever becomes popular and the when the display technology can support flawless scrolling. The patent figure below is from one of the patents linked to above.

Lastly, for those of you who happen to be fans of the Samsung Galaxy Fold, the original patent for it surfaced late last month and you could check it out in full here. 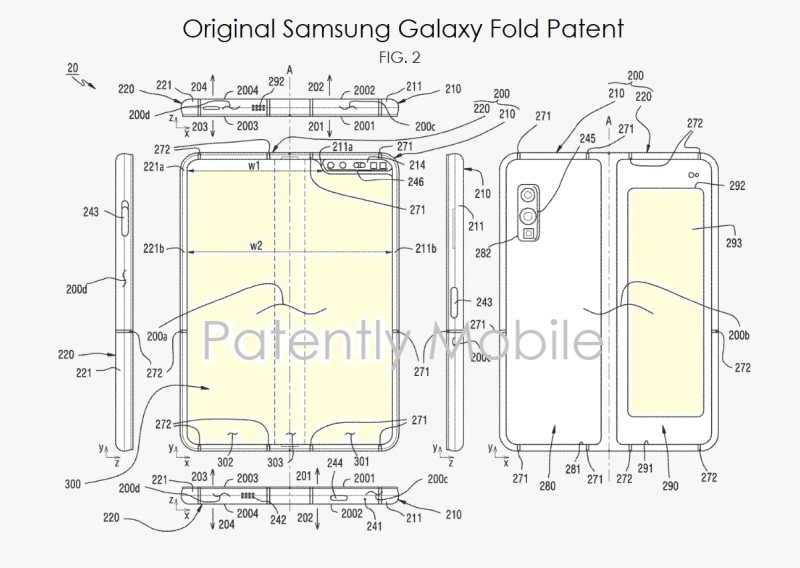