France is Preparing a Major Strike against U.S. Tech Companies later this year or in 2021, with Apple being their #1 Target 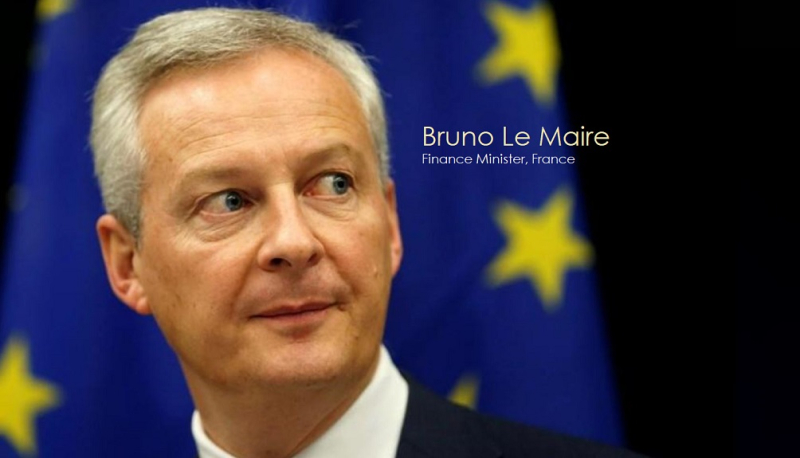 Back in mid-May France's Digital Minister Cedric O lashed out at Apple stating Apple had been uncooperative in helping France build its own contact-tracing app. The Minister stated that "Apple could have helped us make it work even better.  A company that has never been in a better economic shape is not helping the government to fight the crisis. We will remember that." At the time I had noted that this commentary was a direct threat against Apple plain and simple.

It's being reported today in Europe that France has struck out against Apple again when French Finance Minister Bruno Le Maire criticized the dominance of foreign firms in European marketplaces on Tuesday, directly referencing US tech giant Apple’s power in the digital arena and calling for the creation of more ‘European champions.’

Speaking at an event on digital competitiveness organized by the German Presidency of the EU, Le Maire hit out at the ‘extreme concentration’ of certain markets in Europe, where "a small number of very large international platforms are reaping most of the profits."

Giving an example of such a scenario, the French finance minister cited Apple’s business operations as a particular area that has been bad for competitiveness in Europe.

“Apple’s market capitalization is now larger than the capitalization of all the CAC 40,” he said, referring to the benchmark French stock market index.

“It is a competition issue when these companies develop strategies to lock in their users in their services and ecosystems,” Le Maire added, in a veiled reference to Apple’s app store operations, which has long been a source of frustration for Apple’s rival firms and for smaller companies seeking greater visibility on the platform.

In June, the European Commission opened a formal antitrust probe into the app store to investigate whether Apple’s rules for the distribution of apps violate EU competition rules.

In Europe, the case has caught the attention of the German antitrust chief Andreas Mundt, who said the Federal Cartel Office is following the dispute closely, with a view to potentially opening a deeper probe into the row.

France's Le Maire added on Tuesday that "We should not wait for all European companies to be overtaken by foreign giants to react."

Our new "regulation would specifically target digital platforms that had acquired dominant positions on the market with significant network effects and acting as gatekeepers, it would prevent locking in, and predatory strategies with tailor-made and proportionate measures."

It appears that Apple will certainly pay a huge price later this year or in 2021 with France and now Germany determined that Apple will not have the power they do today with the App Store. Although it's only an opinion, I believe that President Trump is more than willing to strike back at France big time for focusing on U.S. Tech firms and especially Apple. Though if he doesn't win a second term, socialist Joe Biden won't do a thing to agitate his socialist buddies in Europe. Maybe I'm wrong, but only time will tell.