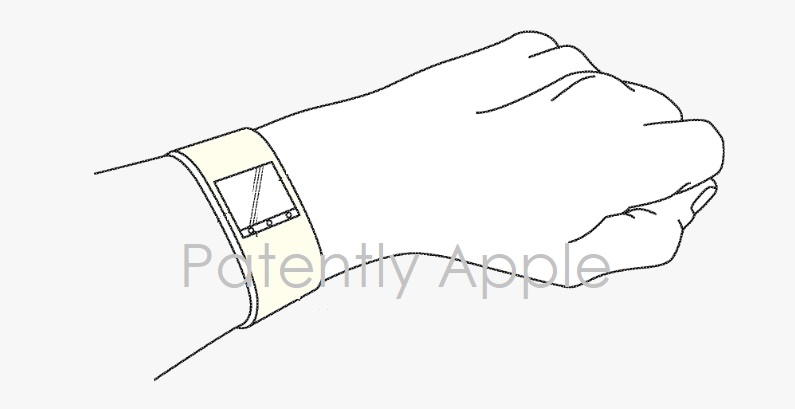 The U.S. Patent and Trademark Office officially published a series of 66 newly granted patents for Apple Inc. today. In this particular report we cover Apple's invention that could apply to a future Apple Watch and/or a secondary fitness / health assistant tracker device. Apple's granted patent covers a lot of territory which includes understanding gestures via special algorithms that can also understand which limbs the device is being worn on; adds new health measuring sensors like reading Blood Oxygen levels; and adding Touch ID to the display of either type of device.

In one embodiment, one or more limb gestures and/or a limb positions may be recognized and the limb wearing the electronic device is determined based on the recognized limb gesture(s) and/or position(s). Apple notes that the system identifies the gesture by using pattern recognition algorithms on movement pattern. This aspect of the invention that Apple has been working on extensively over the years (see patent reports 01 and 02).

Examples of position sensing devices include, but are not limited to, an accelerometer, a gyroscope, and/or a magnetometer. The at least one signal can be processed by the processing device prior to analyzing the signal or signals. For example, a histogram can be produced, or a two-dimensional or three-dimensional plot can be created based on the at least one signal.

In one embodiment, a pattern recognition algorithm can be performed on the at least one signal to determine which limb of the user is wearing the electronic device.

The wearable electronic device can be implemented as a wearable health assistant that provides health-related information (whether real-time or not) to the user, authorized third parties, and/or an associated monitoring device.

Measuring blood oxygen measurements has been rumored to be coming to the Apple Watch for some time now. For instance, we posted a supply chain report in late July claiming that the Apple Watch series 6 would be introducing this feature. This feature was revisited yesterday in a rumor report by MacRumors.

Whether Apple will continue to add more health features into Apple Watch or at some point in time introduce a secondary fitness band that's been hinted at in several patents (01 and 02), is unknown at this time. 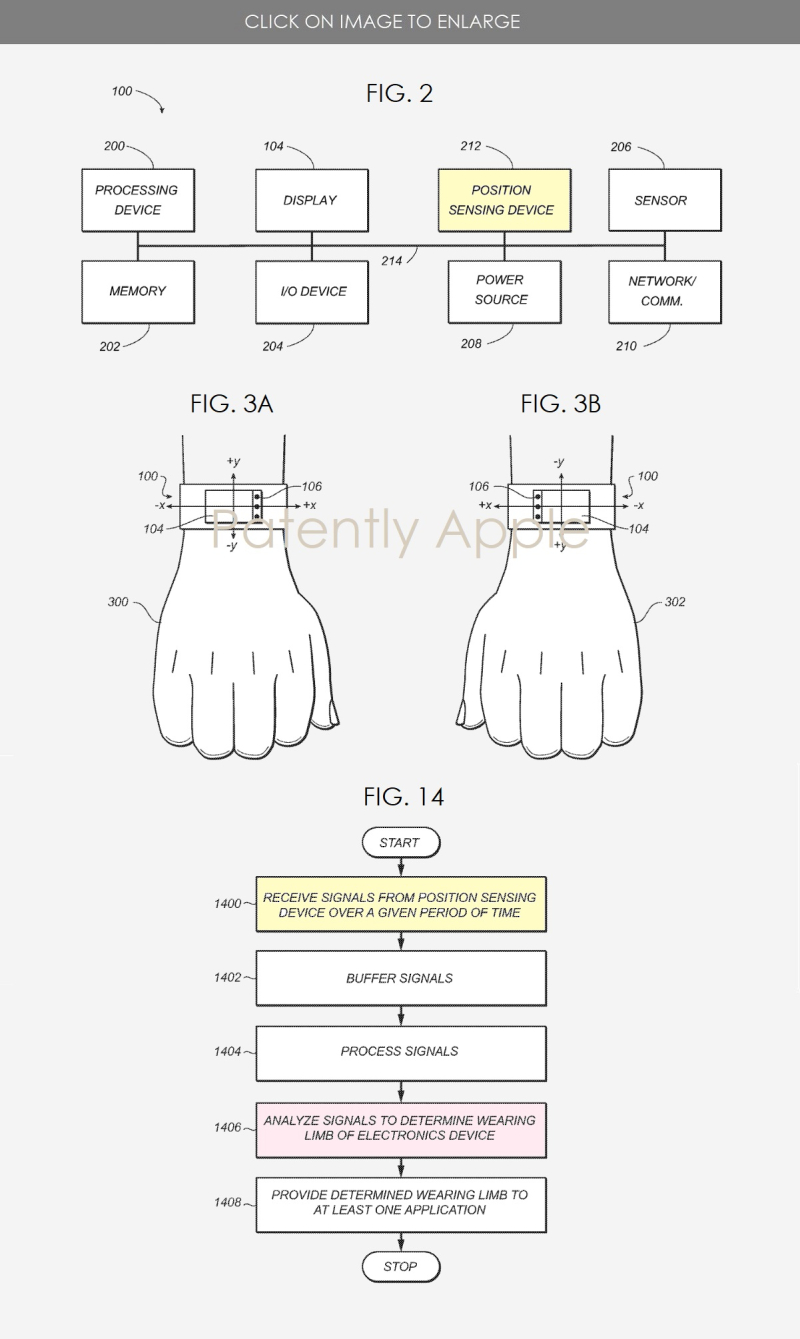 Apple's patent FIGS. 3A and 3B illustrate the change in the positive and negative directions of the x and y axes when the electronic device is moved from one wrist to the other; and lastly FIG. 14 above illustrates a flowchart of an example method for determining a limb wearing a wearable electronic device.