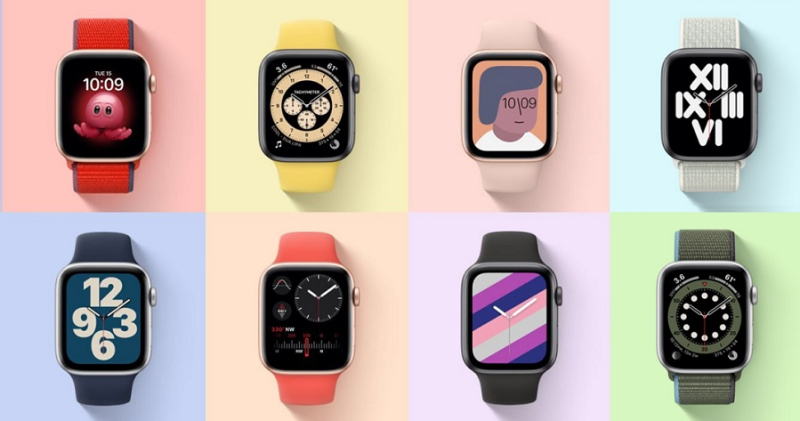 The U.S. Patent and Trademark Office officially published a series of 63 newly granted patents for Apple Inc. today. In this particular report we cover a master patent for Apple Watch Faces that covers everything imaginable. We also cover a granted patent for fabric used in the iPad keyboard that could be used in future headphones, iDevice covers and more. The fabric is designed to absorb moisture, liquids and chemicals so as to protect device touch nodes from damage. Our report also presents four design patents and as always, we wrap up this week's granted patent report with our traditional listing of the remaining granted patents that were issued to Apple today. 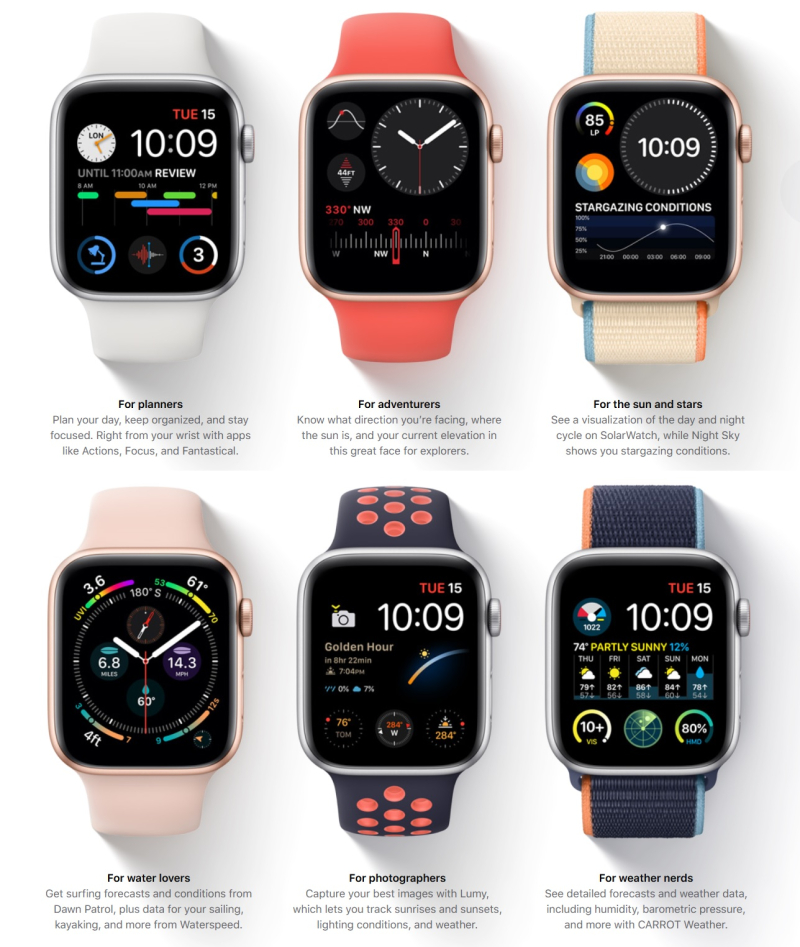 Today, Apple was granted patent 10,788,797 titled "Clock faces for an electronic device that was originally filed in one year ago this week. If there's one master patent covering all-things Apple Watch faces, this is it with well over 100 patent figures covering every kind of Apple Watch face.

Apple covers various Apple Watch faces in groups such as one group covering "techniques for presenting and interacting with clock faces" or another for covering "processes."  A few of Apple's patent figures are presented below. 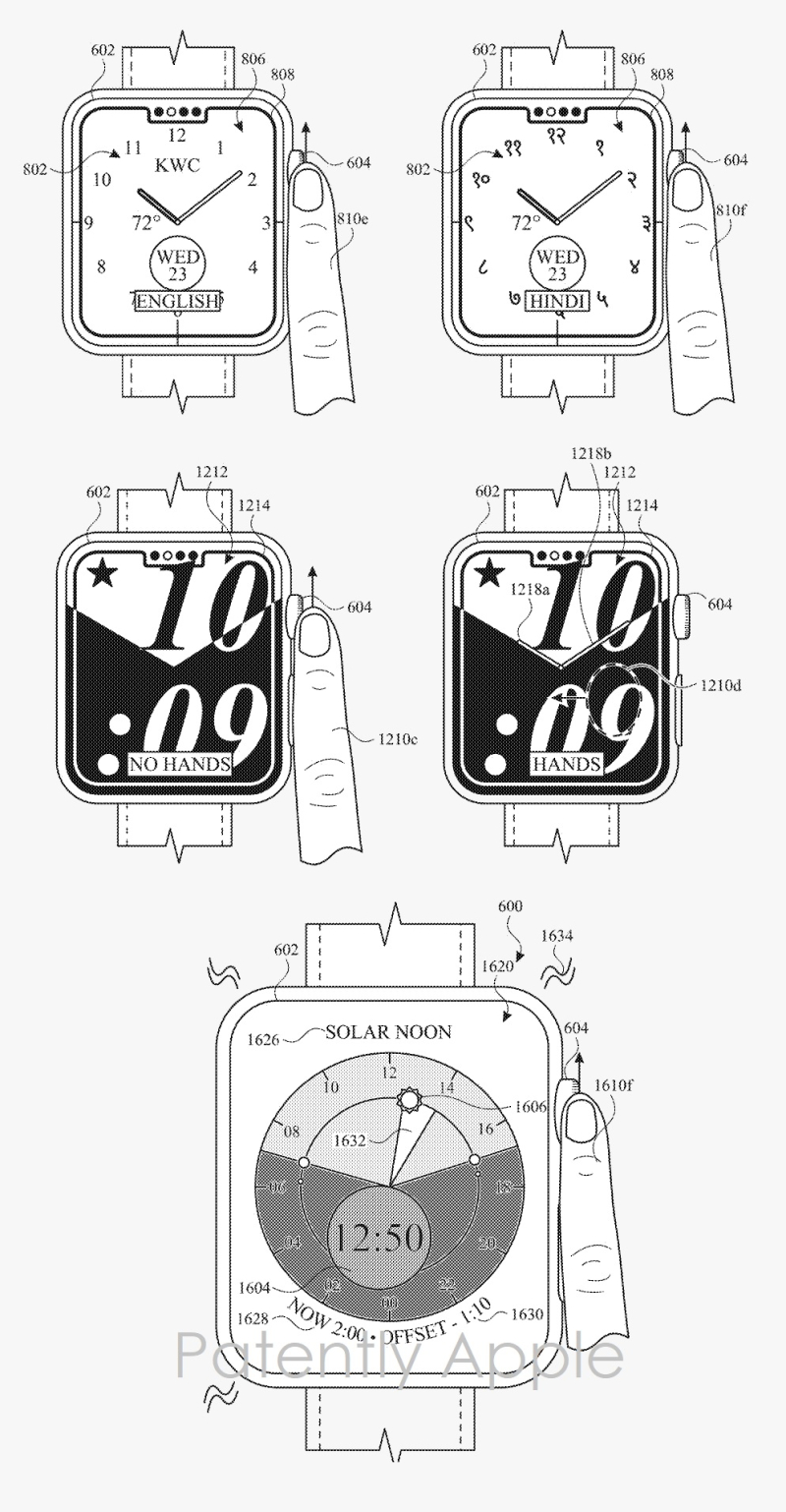 Today, Apple was granted patent 10,788,936 titled "Absorption correction for fabric touch sensing layer" that was filed for in Q3 2018. The patent relates to the iPad keyboards that are made of fabric and their advantages. Apple interestingly notes that their technology could also relate to future headphones (AirPods Studio), Apple Watch bands, iPhone/iPad cover accessories, vehicle seats, a MacBook, iMac and more.

Apple's granted patent notes that fabric touch-sensitive layers provided for electronic devices can absorb moisture, liquids or chemicals, which can cause drift in measurements of touch nodes formed in the fabric layer. 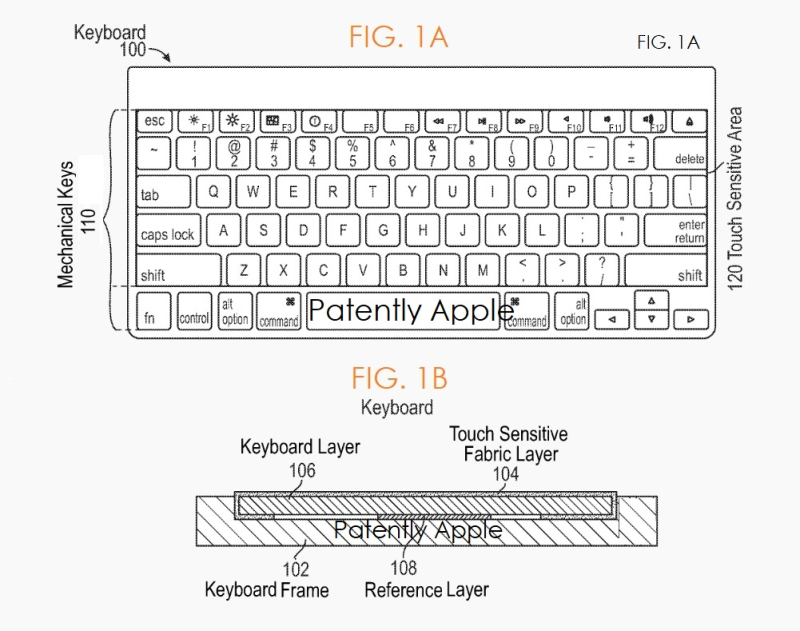 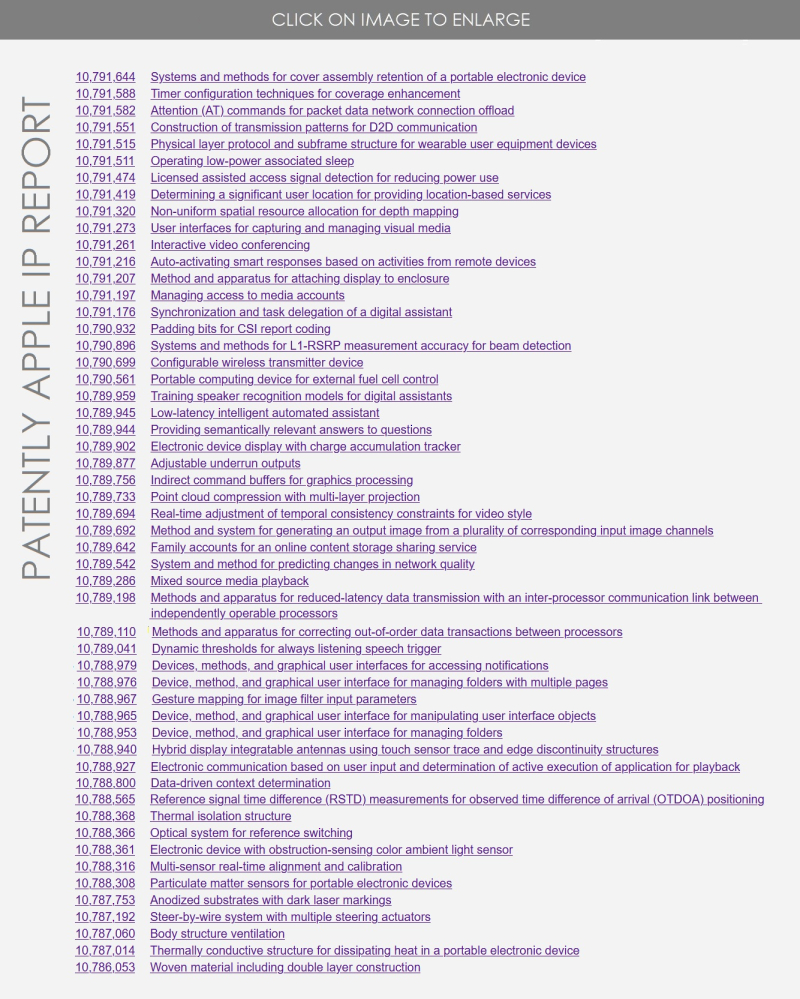