The U.S. Patent and Trademark Office officially published a series of 63 newly granted patents for Apple Inc. today. In this particular report we cover the use of QR Codes to pair devices such as an iPhone to an Apple Watch and to set up a device for the first time quickly.

The present method of pairing a device to another could take some time and multiple steps that is frustrating to some newbies and seniors.

Apple's granted patent provides a method of minimizing the set-up process of pairing two devices seamlessly and quickly. This is particularly true of small form factor wearable devices which are intentionally configured to minimize the inclusion of external mechanical interface elements, such as buttons, displays, and keys.

Overall, Apple's granted patent technically covers a method for providing enhanced configuration features that include receiving, by a computing device, indication that a wearable device has started a pairing process with a second electronic device and obtaining images corresponding to the wearable device.

Apple's patent FIG. 2 below is a simplified diagram of an iPhone capturing image(s), such as a QR Code shown on the display of an Apple Watch. 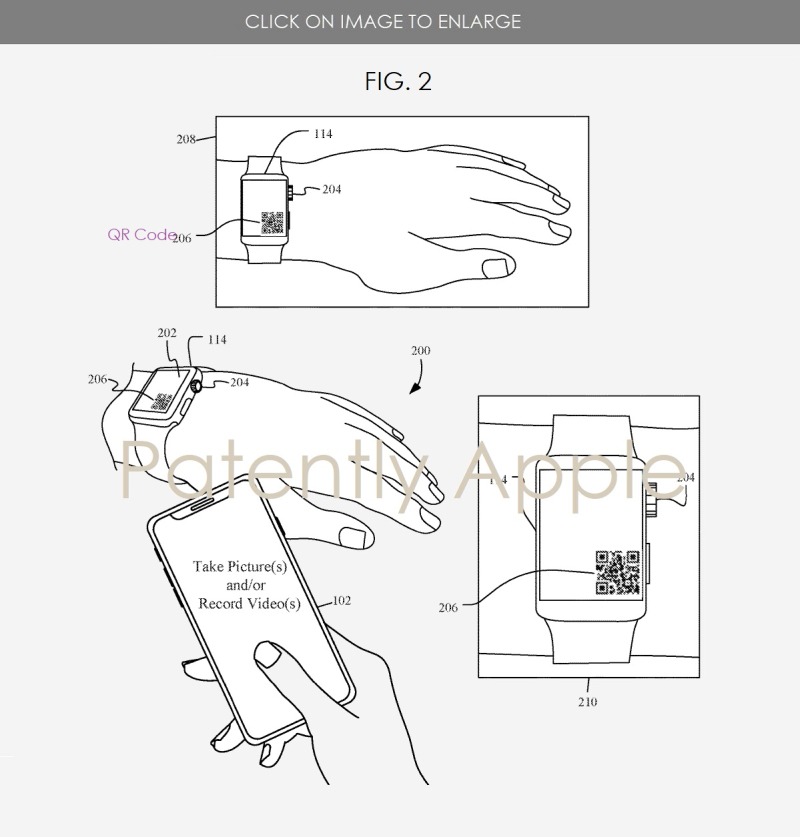 Apple's granted patent 10,782,651was originally filed in Q2 2019 and published today by the US Patent and Trademark Office. To drill into the details, review the full patent here.