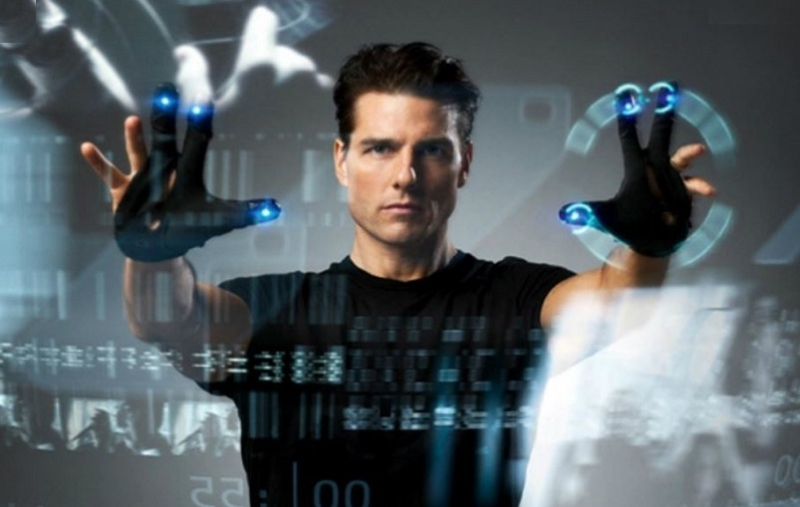 Apple Inc already has a series of patents on record regarding the possible use of VR gloves for gaming, education and Military training in the future (01, 02 and 03). Today Apple has been granted another Smartgloves patent by the U.S. Patent and Trademark Office titled "Knit data Input Glove." One of the inventors of this patent used to work on Nike's team that developed Flyknit runners.

Today's patent was never published as a patent application under Apple's name to keep the project under wraps. When a patent gets granted, Apple has to at that point reveal that they're the owner of granted patent for legal reasons.

It can be challenging to incorporate electrical components into a fabric-based item such as gloves. As a result, it may be difficult to satisfactorily incorporate sensors and other components into data input gloves. Data input gloves may not be sufficiently comfortable when worn or may not be sufficiently accurate when used to control a system and this is what Apple's invention is to correct.

An accessory such as a glove may be formed from knitted fabric. The knitted fabric may form fingers for the glove that have fabric pockets. Sensors such as inertial measurement units may be placed in the pockets to measure movements of a user's fingers in the glove. The sensors may be coupled to control circuitry in the glove with signal paths in the fabric.

Electrodes may be formed from metal-coated strands of material in the fabric on the sides of each finger. The control circuitry can use wireless or wired communications circuitry to convey information such as information on user finger movements to external equipment. 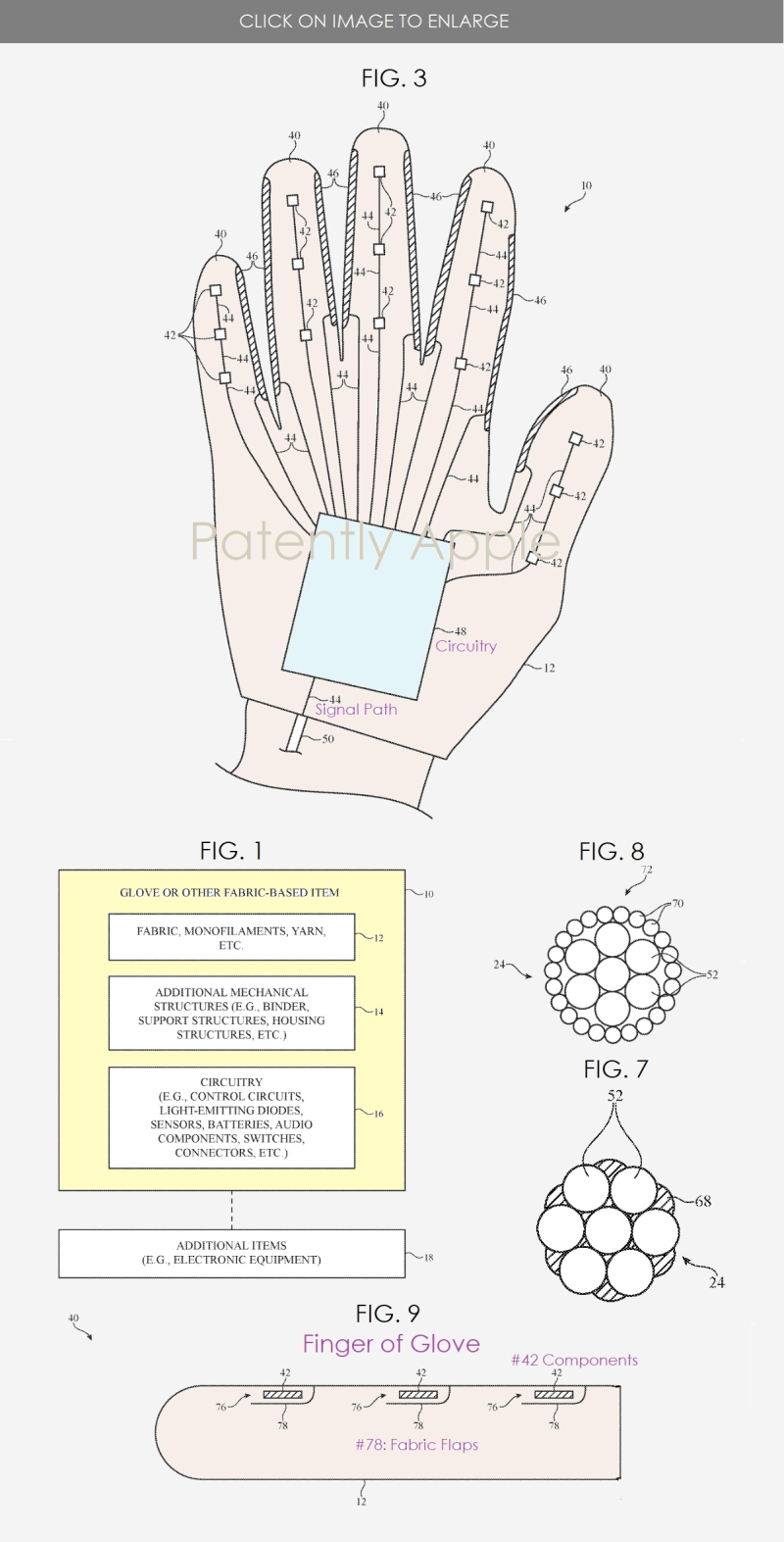 Apple later describes the types of electrical components (#42) that could be incorporated into this future glove accessory may include some or all of the following:

Apple may also include other sensors such as health, optical, and/or environmental sensors, actuators for providing haptic feedback, haptic feedback devices.

Apple's VR Glove may also work as an accessory for future iPhones, iPads, Macs, a TV and more.

Apple's granted patent was originally filed in Q1 2018 and published today by the US Patent and Trademark Office. One of the inventors listed on the patent is Mr. Podhajny who has been with Apple for 6.5 years. More importantly, Podhajny previously worked at Nike "Knit Exploration Innovator" as a Flyknit technology developer.