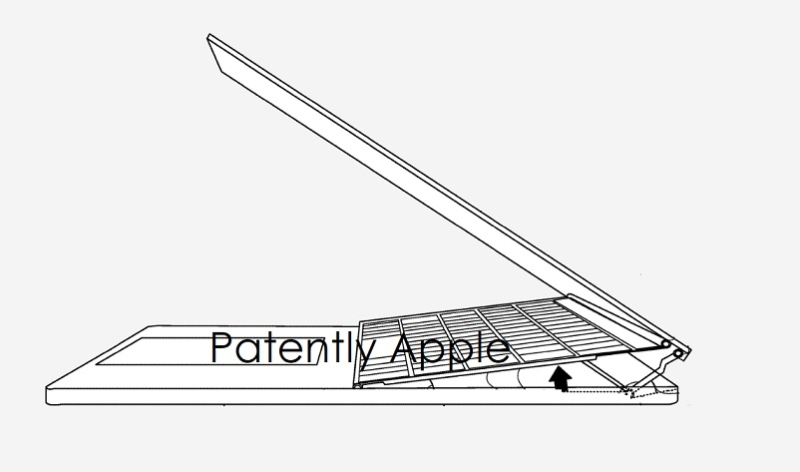 Last Summer Patently Apple posted an IP report about Intel's Honeycomb Glacier Dual Display Notebook Prototype and its related patent. Intel's new form factor created a lot of buzz in the PC World at the time. Today it's Apple's turn to introduce a new MacBook form factor. It was published  by the U.S. Patent and Trademark Office. While not as radical as Intel's design, it's definitely a refreshing new design that has the common design feature of raising the display to a superior viewing angle.

Back in June Patently Apple posted a patent report titled "To make Future MacBooks even Thinner, Apple has Invented the Retractable Keyboard." In today's granted patent the goal is the same. To have the keyboard keys flush with the trackpad when closed and when opened, the keyboard and display pop-up and are angled backwards to provide a superior viewing angle that happens to be ergonomically friendly.

Apple states in their granted patent that a new linkage assembly imparts certain benefits that cannot be realized using the conventional hinge assembly.

First, in some aspects, the linkage assembly permits for a single seam between the base portion and the lid portion; thereby, negating any need for large cutouts and notches. Conventional portable electronic devices may utilize hinge assemblies that require large cutouts to accommodate for sweep clearance of the lid portion.

Second, in some aspects, the linkage assembly is capable of raising the display lid relative to the base portion. For example, raising the display lid from the base portion and closer to the user may promote greater user ergonomics. Furthermore, the linkage assembly may collapse into itself when the portable electronic device is in the closed configuration.

Apple's patent FIG. 2A below illustrates a side view of the portable electronic device #100 in a closed configuration, where an internal surface (#206) of the lid portion (#108) is generally parallel to an internal surface (#212) of the base portion; FIG. 2B illustrates the portable electronic device in a reduced open configuration that corresponds to a display angle between the lid and base that is less than 90.degree. and greater than 1.degree. 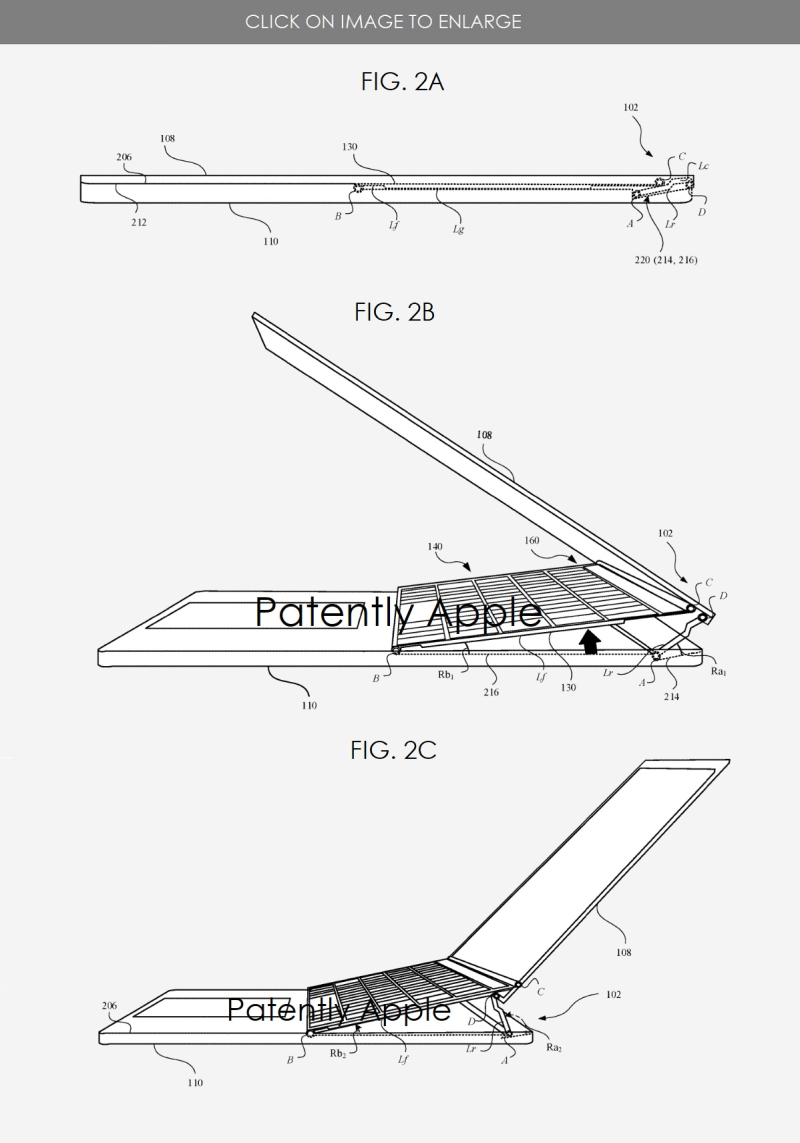 FIG. 2C illustrates a side view of the portable electronic device in an expanded open configuration. Beneficially, raising the keyboard #140 via the chassis #130 promotes a more ergonomic typing position for the user.

Apple's patent FIGS. 8A-8B below illustrate side views of a desk that includes a portable electronic device having a linkage assembly that is integrated into the desk. Apple doesn't identify a particular market that they're aiming the desk configuration for, but it could easily fit into schools and/or the enterprise. 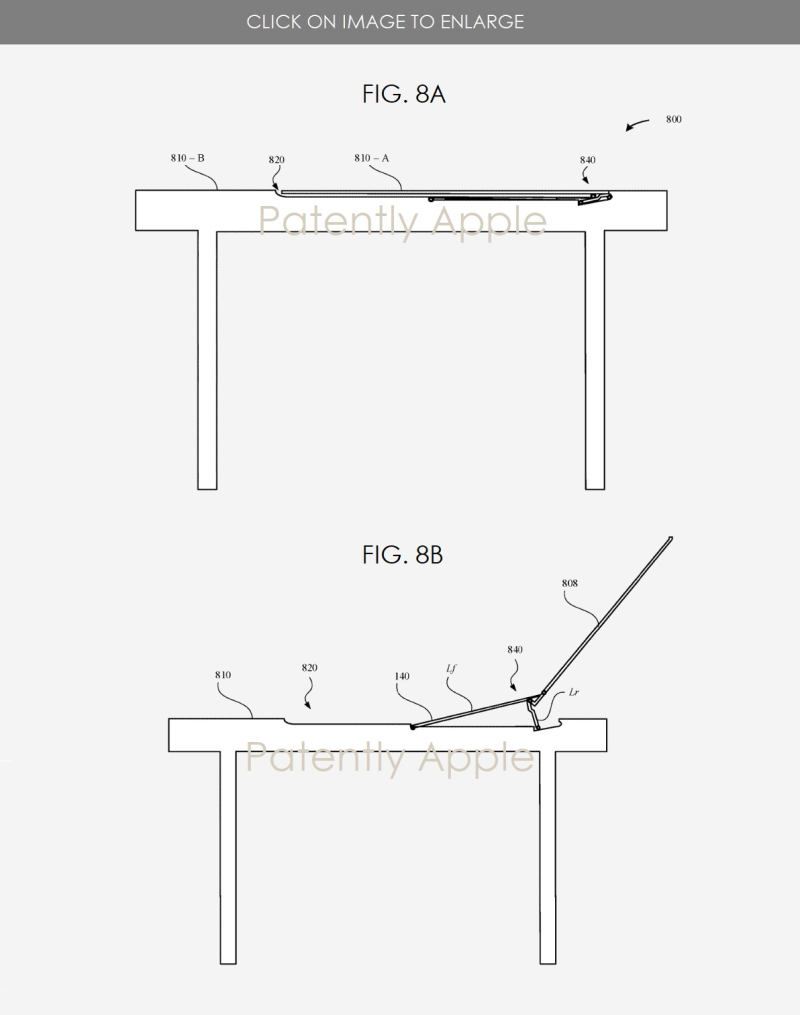 Apple's granted patent was originally filed in Q2 2019 and published today by the US Patent and Trademark Office.