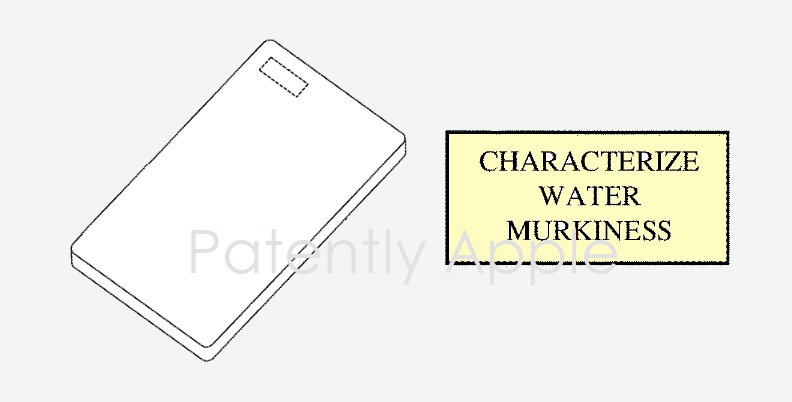 The U.S. Patent and Trademark Office officially published a series of 63 newly granted patents for Apple Inc. today. In this particular report we cover Apple's win for an iPhone that could take photos underwater. While the iPhone has been able to work under 6 feet of water, Apple is now talking up to 10X that depth.

Apple's granted patent covers a waterproof iPhone that provides an image sensor that may capture images of underwater objects. Technically speaking, the iPhone described in this granted patent would be able to work when scuba diving  as it could function in water up to 60 feet deep.

The spectral absorption of water tends to turn underwater ambient lighting conditions greenish. Control circuitry in the submersible iPhone could perform color balancing operations and take other actions to compensate for this change in ambient lighting. 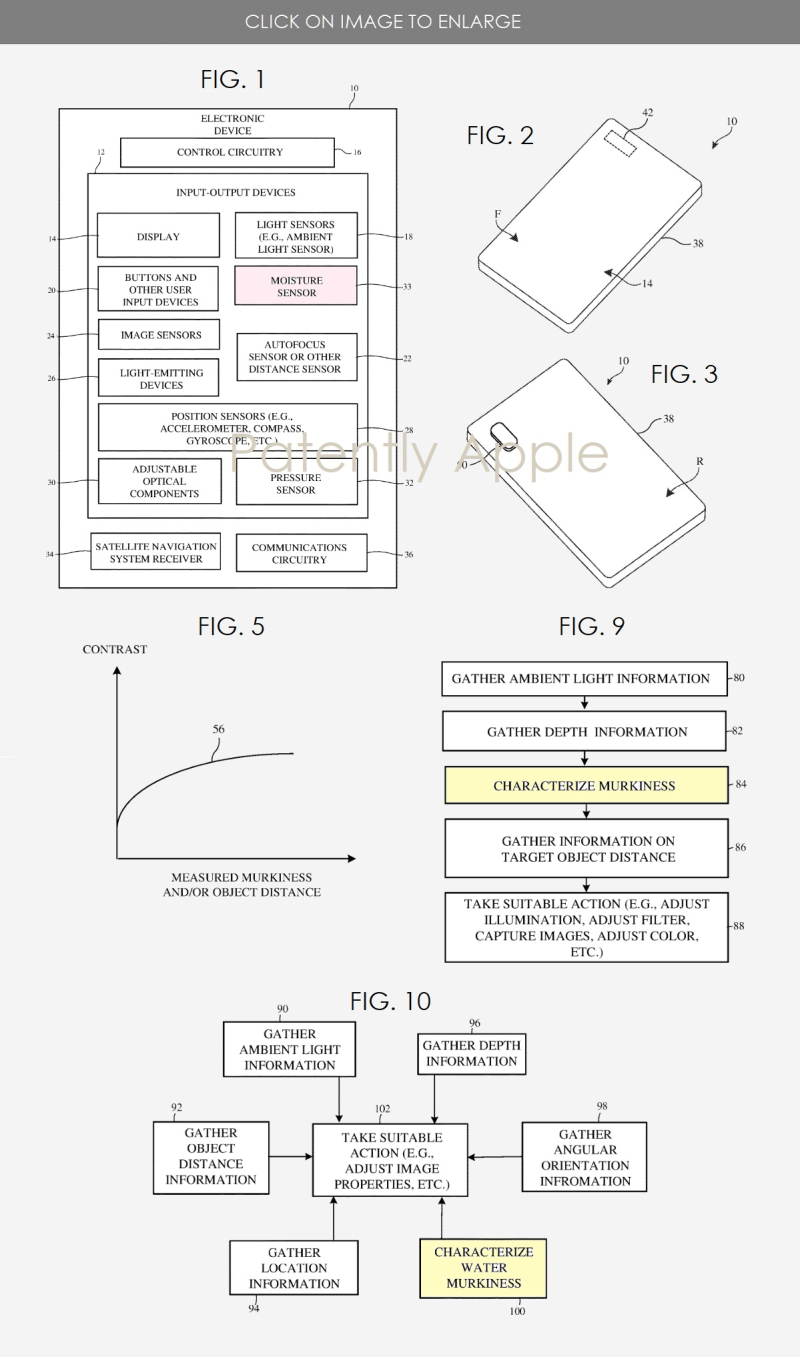 Apple's patent FIGS. 9 and 10 above are flow charts of illustrative operations involved in gathering information associated with underwater lighting and image capture operations.

Apple further notes that digital cameras are sometimes provided with an automatic white balance function that estimates a satisfactory color correction to apply to captured images so that the apparent color of the images is pleasing to the eye (e.g., so that neutral image tones appear neutral to a viewer).

Water tends to absorb red light, so that ambient light becomes greenish under water. This greenish ambient light deviates from the Planckian locus on which the chromaticity of usual light sources is located, so that conventional automatic white balance adjustments, which assume that light sources are on or near the Planckian locus, tend to produce unsatisfactory results (e.g., greenish underwater scenes are confused with green lawns or forest scenes and incorrect color balance adjustments are made). Here, color balance adjustments include white balance and color rendering for non-achromatic colors.

These shortcomings can be addressed by using the sensors and other data gathering capabilities of an iPhone to characterize underwater ambient lighting conditions.

Actions can then be taken based on the characterized underwater conditions. For example, color balance for still and/or moving images can be adjusted, compensating reddish illumination may be produced to help adjust the color of target objects in an underwater scene, a reddish filter may be switched into use, etc.

The murkiness of water due to chemicals, plankton, and other materials can lead to undesired reductions in image contrast.

In some arrangements, the iPhone may use light backscattering measurements or other measurements to characterize the amount of murkiness that is present in an underwater environment. Appropriate action can then be taken based on the measured amount of murkiness and/or the distance between the image sensor of device 10 and the target object. For example, contrast can be enhanced to compensate for the loss of contrast in captured images due to murky water.

Apple tries to never limit a patent to one single device and in this patent it's no different. While the iPhone is the focal device, Apple notes that the technology could apply to a future Apple Watch, smartglasses and more.

Apple notes that images captured with a submersible camera may have an undesired greenish color cast.

Apple's granted patent 10,785,384 was originally filed in Q3 2017 and published today by the US Patent and Trademark Office.