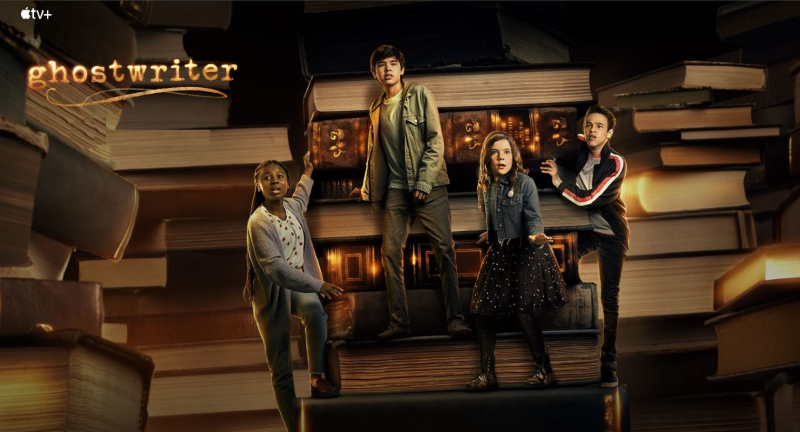 The next chapter awaits. Unlock the magic with a new season of the Emmy Award Winner Ghostwriter, available October 9 exclusively on Apple TV+

When a ghost haunts a neighborhood bookstore and starts releasing fictional characters into the real world, four kids must team up to solve an exciting mystery surrounding the ghost’s unfinished business. Armed with secret messages only they can see, the young heroes chase down the truth — and become friends in the process.

"Ghostwriter" is a re-imagining of Sesame Workshops’ 1992 series. Each episode story arc is grouped around literature, featuring classics and new works commissioned from popular authors like D.J. MacHale and Kwame Alexander.