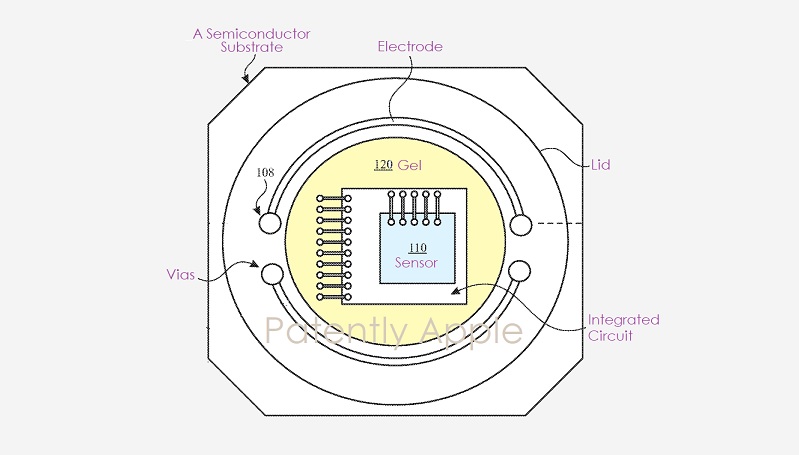 Yesterday Patently Apple posted a granted patent report titled "Apple Wins a Patent for a System that Removes Moisture such as Salt Water, Gasses & Steam entering an iPhone's Speakers." Today we're reporting on another similar granted patent covering an Apple Watch having a lid with an next-gen embedded water detection and heater system.

Apple's current granted patent covers a different system, solution and methodology for delivering water detection than the one that Apple is currently using that dates back to a 2016 patent. Whether the new system will be implemented in Apple Watch Series 6 due this month or for a future Apple Watch is unknown at this time.

Apple's granted patent states that portable communication devices (e.g., smart phones and smart watches) are becoming increasingly equipped with environmental sensors such as pressure, temperature and humidity sensors, gas sensors and particulate matter (PM) sensors. For example, a pressure sensor can enable health and fitness features in a smartwatch or smartphone. A measured pressure can then be converted (e.g., by a processor) to other parameters related to pressure, for example, elevation, motion, flow, or other parameters. Pressure sensors can be used to measure pressure in a gas or liquid environment.

Pressure sensors using interim gel have been widely used in the microelectronic devices, but the gel can be susceptible to environmental contaminations and water occlusion. There is a need for pressure sensors that can detect presence of water on the gel and facilitate its elimination.

A gel at least partially fills the lid and covers the sensor. Presence of water on the apparatus is detected by measuring the electrical impedance between at least two of the electrodes. The electrodes can eliminate the water through heating.

Apple's patent FIG. 1 below is a diagram illustrating a top view of an example device 100, a smartwatch (Apple Watch) with embedded water detection and heater. The lid #104 can be at least partially filled with a gel to protect the sensor #110 and the integrated circuit #112 from moisture and other damaging pollutants.

In one or more implementations, the presence of water on the apparatus (e.g., on the gel #120 and/or the lid #104) is detected by measuring a capacitance between one of the electrodes #106 and a ground connected metal housing of the apparatus. 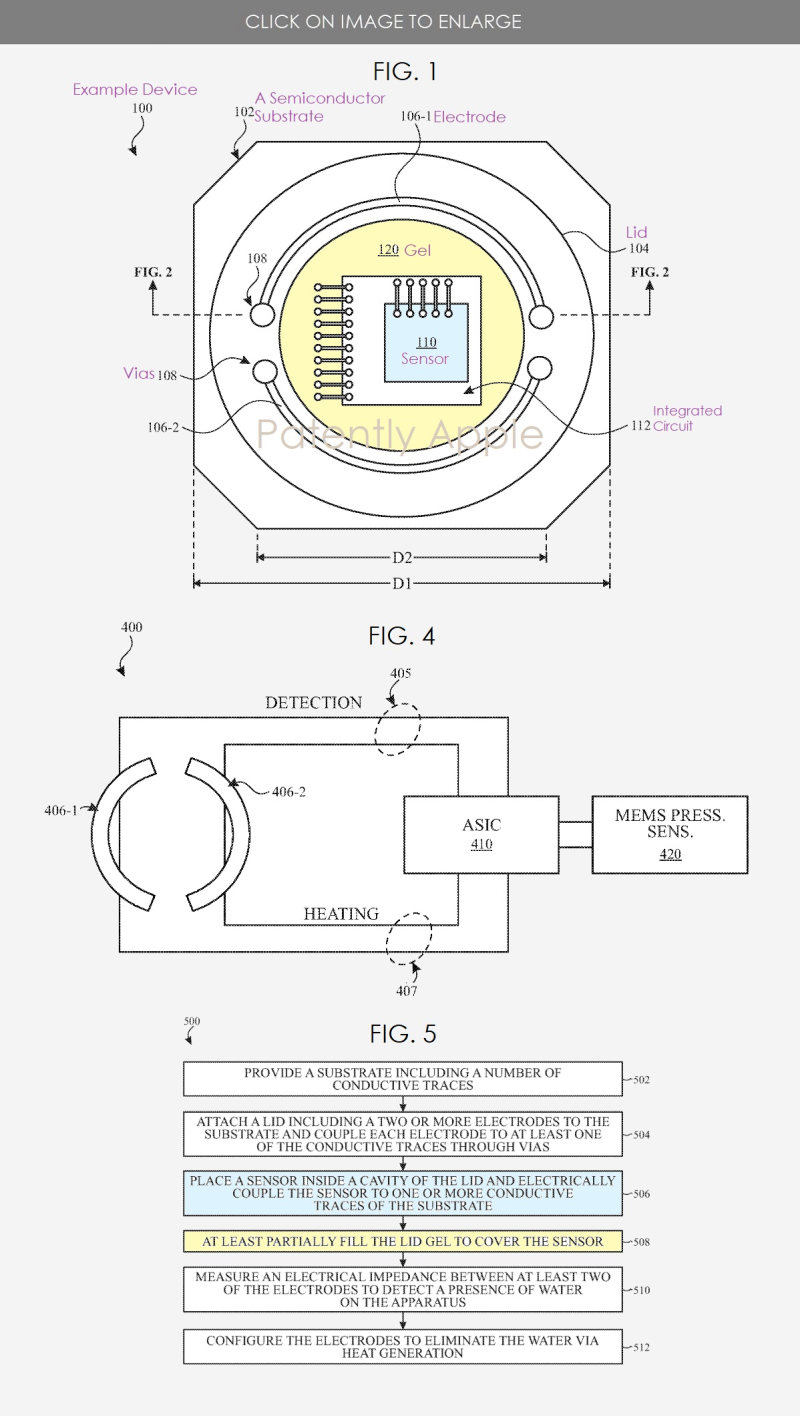 Apple's patent FIG. 4 above is a block diagram illustrating an apparatus #400 with embedded water detection and heater, in accordance with one or more aspects of the subject technology.

Apple's patent FIG. 5 above is a flow diagram illustrating an example method 500 for providing of an apparatus with embedded water detection and heater, in accordance with one or more aspects of the subject technology.

Apple's granted patent 10,768,067 was published Thursday by the US Patent and Trademark Office.