Last Thursday the US Patent & Trademark Office published a patent application from Apple that relates to an autonomous navigation system of a vehicle which includes various dynamic elements, based on predicting trajectories of the vehicle and real-world dynamic elements based on recognizing contextual cues using a new "intention recognition' module.

For example, a driving route through an external environment can include a route which avoids intersection with a static obstacle in the roadway along which the vehicle is being navigated, a traffic participant which includes another vehicle navigating along the roadway in an opposite direction of travel relative to the vehicle, etc. 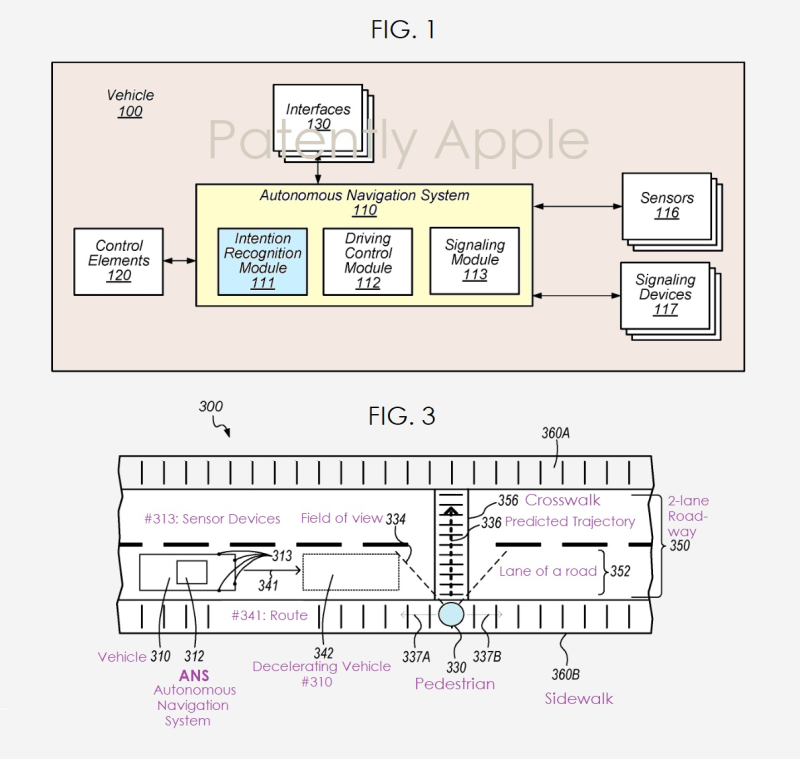 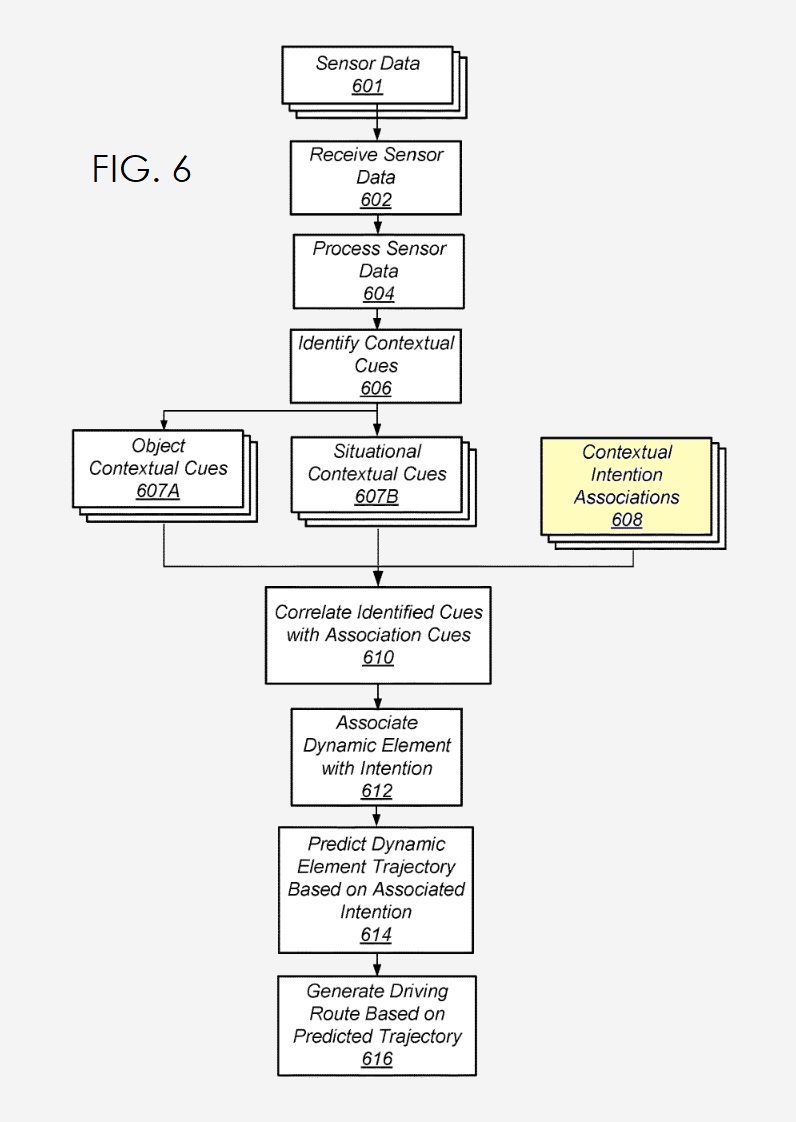 Apple's patent application 20200302194 that was published last Thursday by the U.S. Patent Office was filed back in June 11, 2020. Considering that this is a patent application, the timing of such a product to market is unknown at this time. Review our Project Titan Archives to find additional patents on this subject matter.