Microsoft has reportedly Signed a Deal with AT&T to sell their all new Dual Display Smartphone, the 'Surface Duo' in 2020 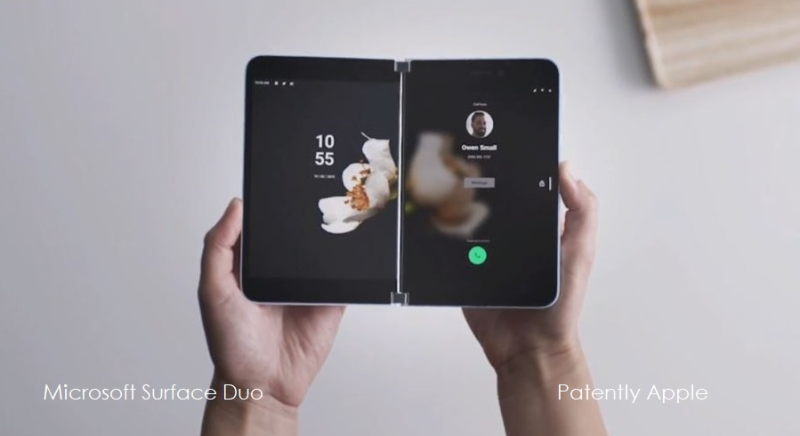 While Microsoft devices like their Surface tablets and notebooks have yet to challenge Apple's devices in terms of sales, re-entering the smartphone market with something original could be interesting.

No, it will never challenge the iPhone this year or for years to come, but it could help Microsoft retain more of their enterprise base by offering true multitasking over two displays.

Microsoft may consider it a lost leader for 2020 just so that they can work out the foibles in realworld testing so that their Wintel partners could join this market for 2021 with confidence. With Dell, HP, Lenovo and others on board for 2021, this could begin to win some notable market share next year if the new devices offer value, which remains to be seen.

Yesterday Windows Central posted a report claiming that Microsoft was gearing up for an early launch of its dual-screen smartphone, the Surface Duo.

Windows Central reports that "Microsoft Surface Duo is expected to resurface in the weeks ahead, with talk of an early release for the dual-screen, foldable device. Redmond returns to the smartphone space with an experimental Surface-branded flagship, embracing the Android platform for the first time.

Microsoft remains tight-lipped on Surface Duo details, absent since its mid-2019 unveiling, yet information surrounding the illusive dual-screen device is plentiful. Extensive leaks provide insight into likely hardware, its custom Android-based OS, and the expected release schedule. It leaves us knowing almost everything about the upcoming device, outside of one key factor: the official retail price.

Featuring two 5.6-inch AMOLED displays, 1800x1350 (401 PPI) resolution, and 360-degree hinge, the Microsoft Surface Duo rides on its dual-screen form factor. The suggested internals include the Snapdragon 855 processor, 6GB RAM, and up to 256GB storage, which shapes up to be decent — albeit slightly dated. The device also has an 11MP camera, with its hinged design allowing the single sensor to serve as the front- and rear-facing shooter. We also know several expected limitations, and it's likely to overlook wireless charging, NFC, a headphone jack, and 5G support."

A second Windows Central report of theirs notes that "Evan Blass (@evleaks) is claiming that AT&T is signed up to promote the new Surface Duo smartphone. It was also revealed that the new Duo passed the FCC regulatory process recently which is a good sign that this is actually going to launch this year. One wild guess by the report is late August at the earliest. Trying to get ahead of the iPhone 12 might be good, but it's still a rumor and we'll just have to wait to see how it actually plays out.

While die-hard Microsoft fans will be happy to see the new device anytime this year, there is at least one rumor claiming the launch day could be as early as August 24th which would be a week ahead of the Samsung Galaxy Fold 2 launch date.

In order to undermine the Samsung Galaxy Fold 2 and to at least appear like an iPhone challenger, the price will have to hit a sweet spot to get any meaningful traction.

Though knowing that it's a new Surface branded device, I expect it to be sold at a premium price. Microsoft will rely on AT&T to price out the new devices in handy two and three year terms to soften the sticker shock.