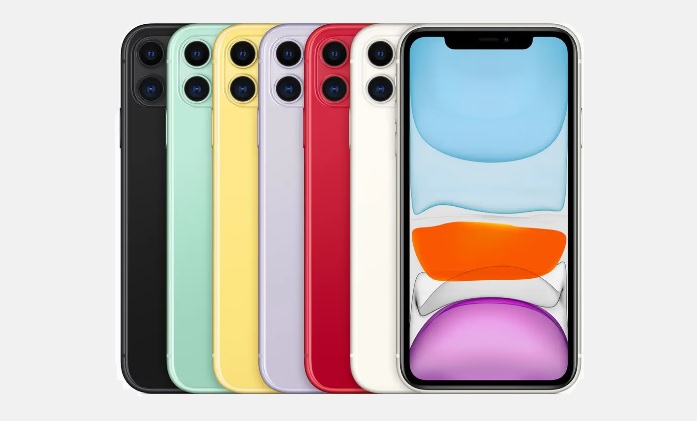 During Tim Cook's Fiscal Q3 2020 Conference Call Q&A session he laid out some of the markets where iPhone dominated or had good standing in. He provided a basic overview as follows:

In the U.S. Apple had the top two selling smartphones.

In the U.K. Apple had three of the top four.

In Australia, Apple had five of the top six.

In Japan, Apple had the top four.

In urban China, Apple had the iPhone 11 as the top-selling smartphone in the country.

Last week Counterpoint Research posted a report on the best selling smartphones on the market in a number of key markets which provides backup, clarity and a little color to Tim Cook's commentary.

The Counterpoint charts below provide us with a quick look at what brands and models were challenging the iPhone for to spot in six markets including the U.S., UK, China, Germany, Japan and France. 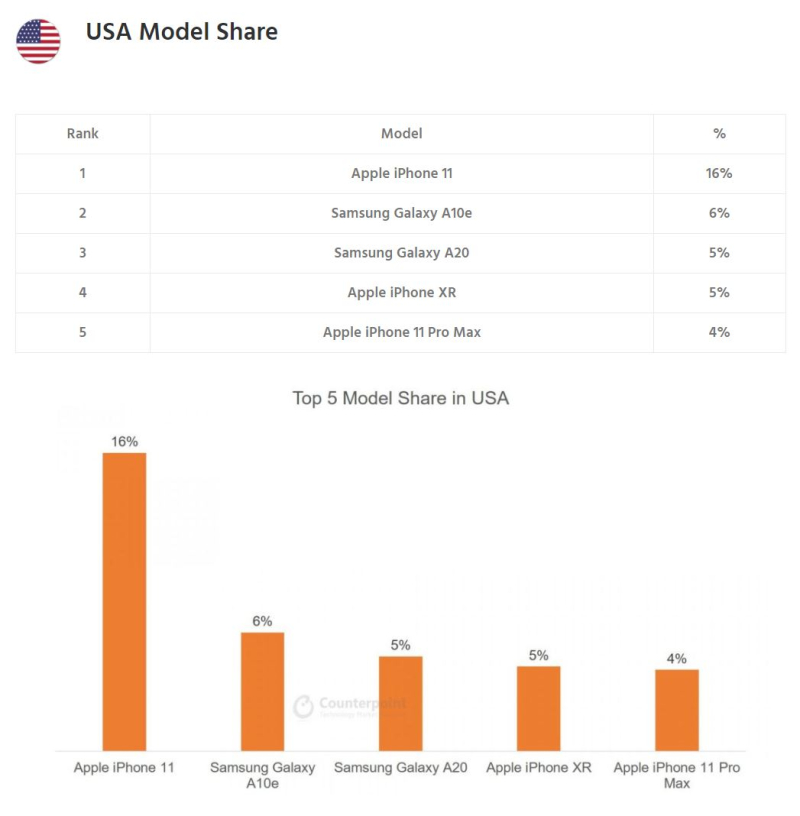 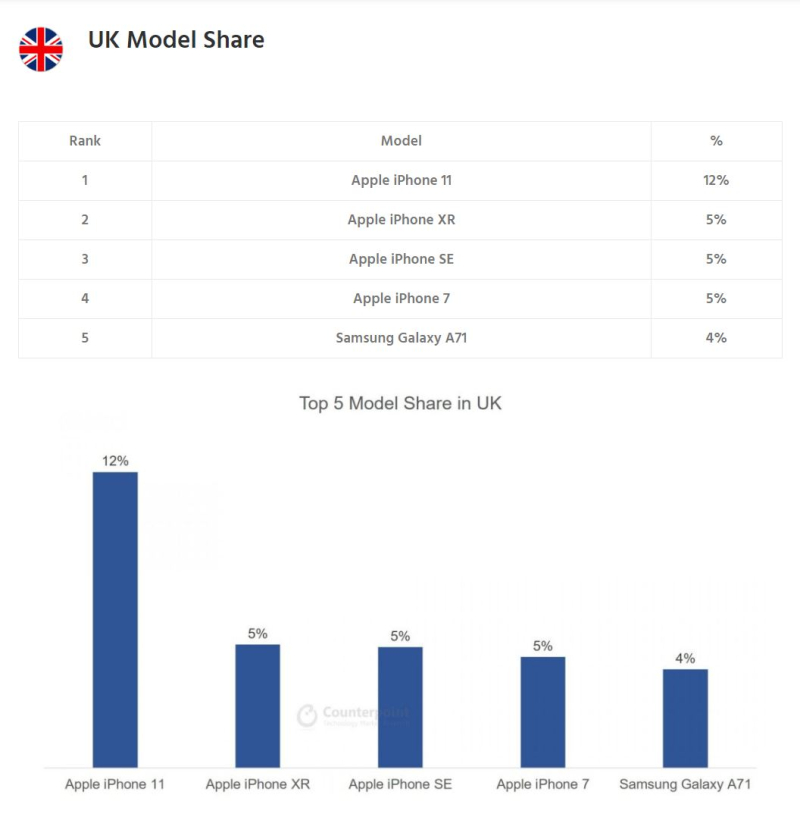 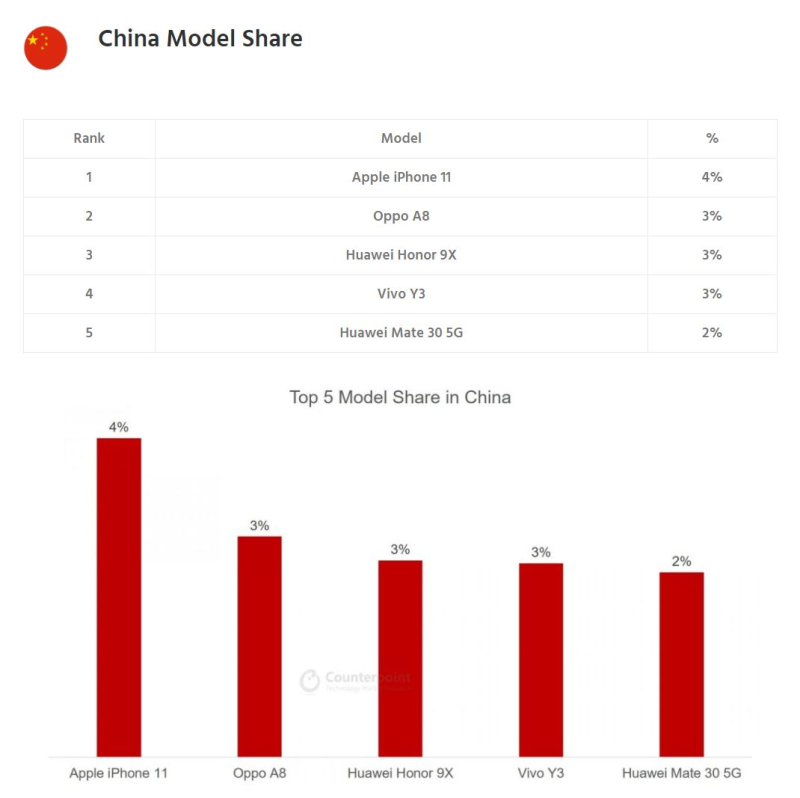 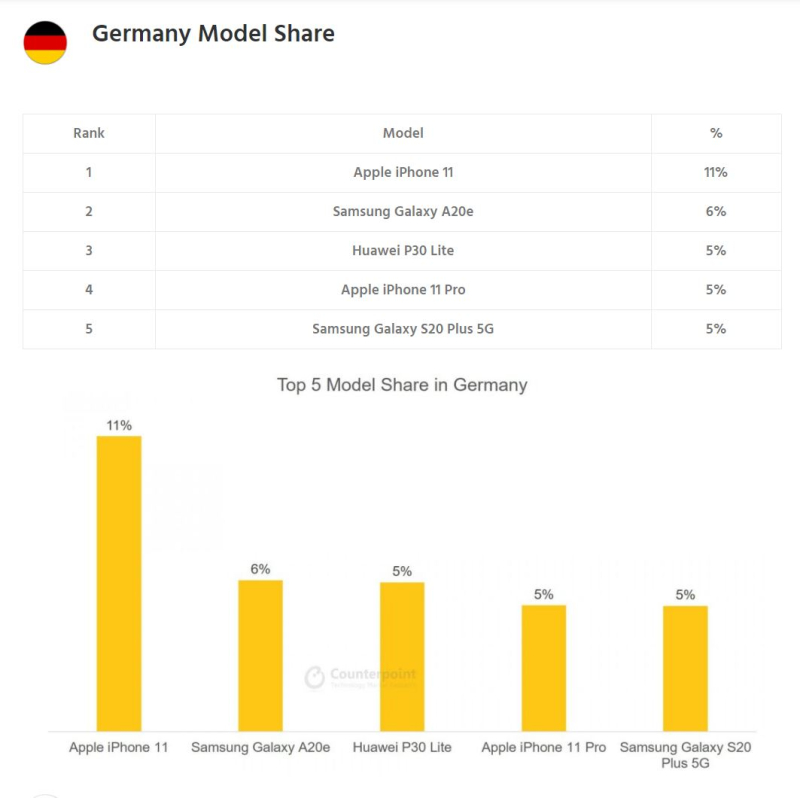 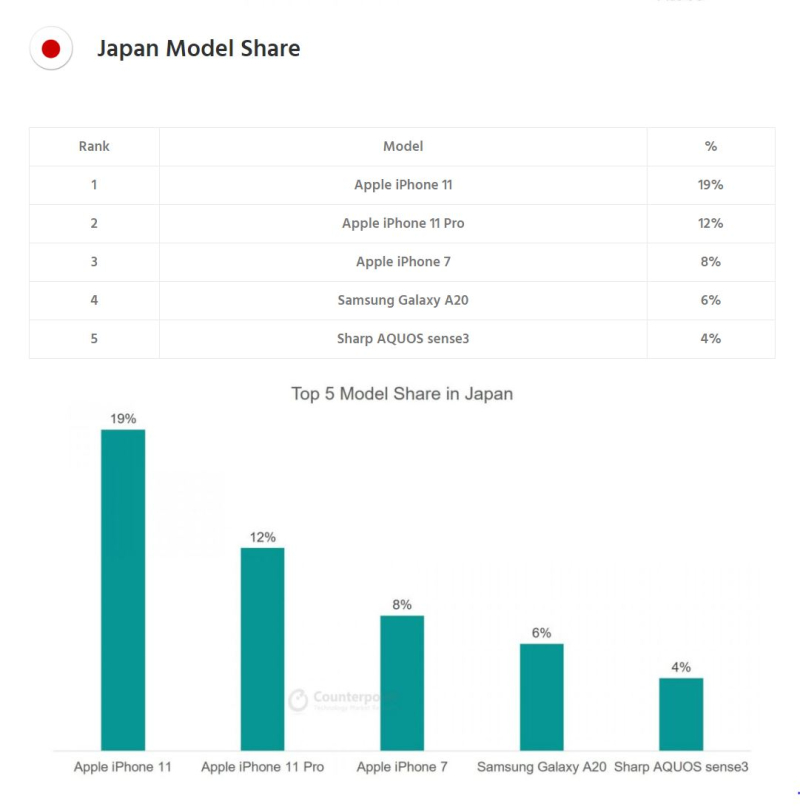 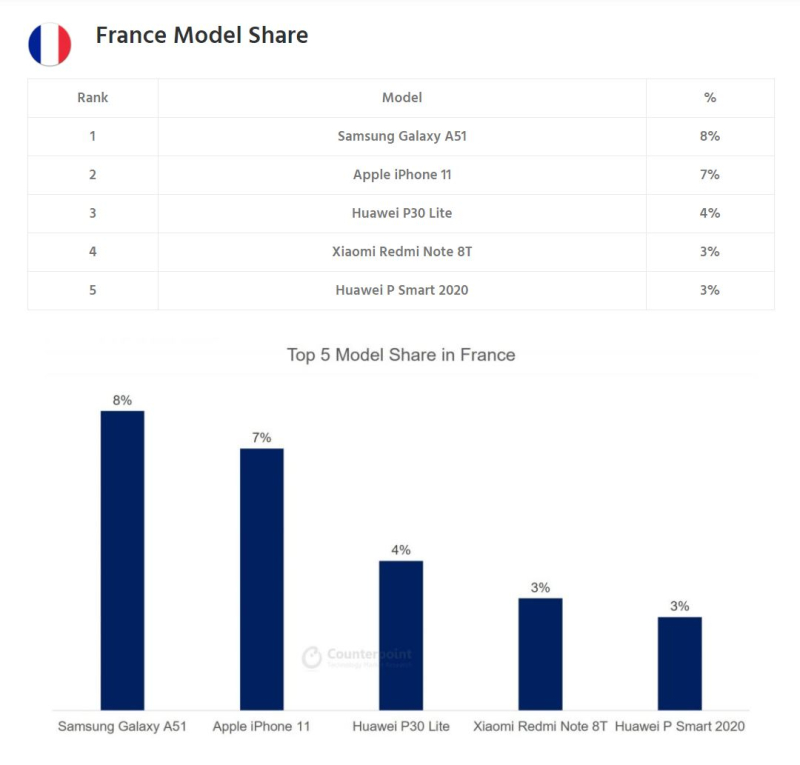 For the record, Apple had no iPhones in the top 5 in South Korea where the general public is highly patriotic. All of the top 5 models were Samsung models. No emerging countries were covered except for India where most analysts reside.