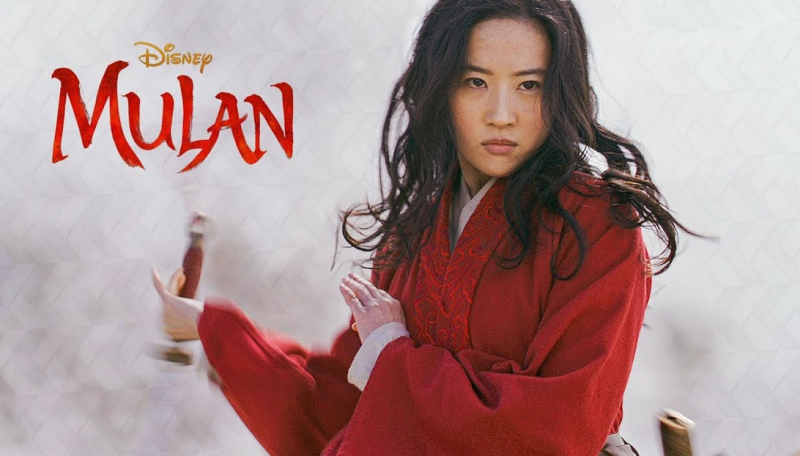 Mulan is a 2020 American action drama film produced by Walt Disney Pictures. It is a live-action adaptation of Disney's 1998 animated film of the same name, based on the Chinese folklore "The Ballad of Mulan." Mulan's Hollywood premiere was held on March 9, 2020. Originally scheduled to be a wide theatrical release, it was delayed multiple times due to the ongoing COVID-19 pandemic. Disney eventually announced that it would instead be released on September 4, 2020, on Disney+ for a premium fee in countries where the service had launched. It will have a traditional theatrical release in countries without Disney+, where theaters have re-opened.

Beyond being available on their own streaming service, Mulan will also be available for purchase through third-party device platforms like Apple TV+ on September 4th to be exact.

A Disney rep confirmed to Variety that for purchases of "Mulan" made on the Disney Plus app through the in-app payment systems of Apple’s App Store, Google Play and Roku, Disney will be subject to transaction fees taken by each of those platforms. In the case of Apple and Google the standard in-app transaction fee is 30%, while Roku keeps 20% of sales on its platform.

It remains a question whether Disney will be able to recoup its costs for the “Mulan” remake by releasing it solely on premium VOD, particularly with third-party streamers taking a service fee.

Variety notes that in order to reach $375 million in profits on PVOD alone, "Mulan" will have to draw at least 12.5 million rentals, representing roughly 20% of Disney Plus’ global subscriber base of 60.5 million as of Aug. 3 — and that calculation is based on the assumption that all of those purchases will go directly through disneyplus.com, which will not be the case.

The Storyline: When the Emperor of China issues a decree that one man per family must serve in the Imperial Army to defend the country from Northern invaders, Hua Mulan, the eldest daughter of an honored warrior, steps in to take the place of her ailing father. Masquerading as a man, Hua Jun, she is tested every step of the way and must harness her inner-strength and embrace her true potential. It is an epic journey that will transform her into an honored warrior and earn her the respect of a grateful nation…and a proud father.

Variety: On the Carpet