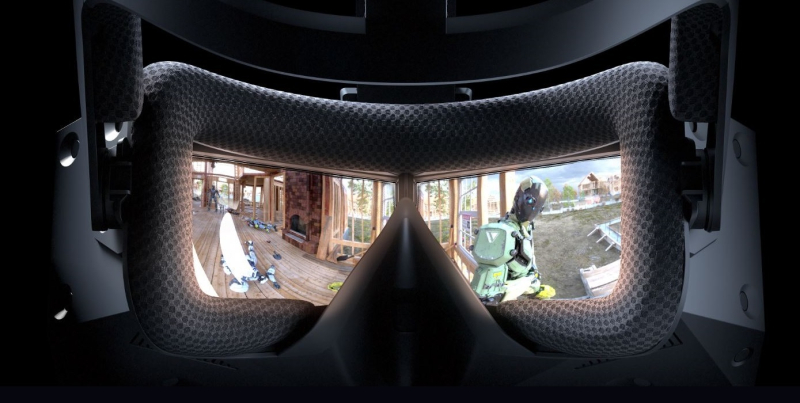 Additionally, a virtual reality system may be configured anticipate a user's movements, such as to look ahead, in order to capture image data, as well as prepare the image data for display, for a predictive, future line of sight, according to some embodiments.

A predictive, foveated virtual reality system may include one or more accelerometers, gyroscopes, and/or other components, configured to detect, determine and/or track general motion of the system and/or of a user's head while wearing/using the system.

Apple's patent FIG. 1 below is a logical diagram illustrating part of a system configured to implement a Predictive, Foveated Virtual Reality System. Apple's patent FIG. 4 and FIG. 5 above are a logical diagrams illustrating one embodiment of Predictive, Foveated Virtual Reality System configured to capture image data centered on multiple different angles of view. You could review the full patent here.

Perhaps what makes this patent so viable is that the sole inventor of this patent is Alexander Shpunt, simply known as the "Architect" at Apple. Shpunt was the Chief Technical Officer of the Israeli company PrimeSense that assisted Apple in bringing Face ID to market, the best facial recognition system at the time.

Usually I wouldn't pay much attention to chip technologies, but  with the advent of Apple announcing 'Apple Silicon,' their chip patents may be of interest to some in the community. FinFET is a type of non-planar transistor, or "3D" transistor that has been considered a breakthrough in enabling 7 and 5nm processors. Today Apple was granted patent 10,740,527 titled "Semiconductor layout in FinFET technologies." For die-hard techies wanting to dive into this patent could do so here.