Home Archives Contact Us Subscribe Twitter MeWe Facebook Patently Mobile
Microsoft has reportedly Signed a Deal with AT&T to sell their all new Dual Display Smartphone, the 'Surface Duo' in 2020
As Apple prepares to introduce mini-LED displays on the iPad Pro and beyond, it's just a stepping stone to higher-end micro-LED Displays

During Samsung's virtual event on August 05 they announced that their new Galaxy Watch3 had just received approval from the U.S. FDA to include their new ECG feature. Today it's being reported in Korea that Apple likewise obtained an approval from the Korean Ministry of Food and Drug Safety (MFDS) regarding its electrocardiogram (ECG) application.  Whether Apple will simply turn  on the ECG feature for Apple Watch 5 customers in Korea in the coming months or wait for the launch of the Apple Watch 6 series before offering this feature is unknown at this time.

As regulations related to medical devices have begun to be eased in South Korea, it is expected that relevant companies will officially compete against one another in order to gain dominance in the "healthcare" market based on smartwatch.

Apple’s "irregular heartbeat alarm feature" measures and analyzes one’s pulse through photoplethysmography (PPG) sensor that is installed in Apple Watch. It looks for a sign of irregular heartbeat that is suspected of atrial fibrillation and alerts users.

One is able to perform ECG by placing their finger on digital crown that is located on the side of Apple Watch and he or she is able to receive alerts whenever PPG sensor detects irregular heartbeat or fast or slow heart rate. 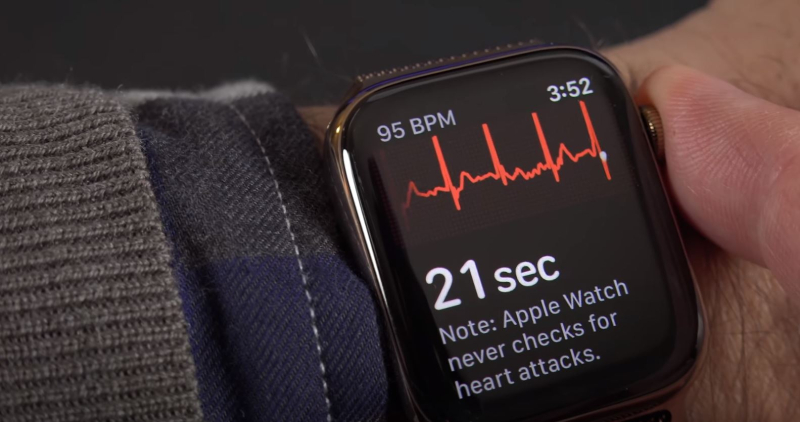 Apple already obtained an approval from the U.S. Food and Drug Administration (FDA) regarding the application and included the application for the first time to the Apple Watch Series 4 that was launched in September of 2018. Since then, there have been many cases of people from North America and Europe finding signs of heart problems early and saving their lives through the ECG application.

It is expected that Apple Watch’s ECG application will also be widely used in South Korea as Apple obtained an approval from the MFDS. Apple will be able to provide the service after a simple update to the application since it already completed every prerequisite including adding a Korean version to the application.

Late last month Patently Apple posted a report titled "Apple Watch is number one in the world and a Key reason for this is that it could actually save your life according to 5 new Testimonials."