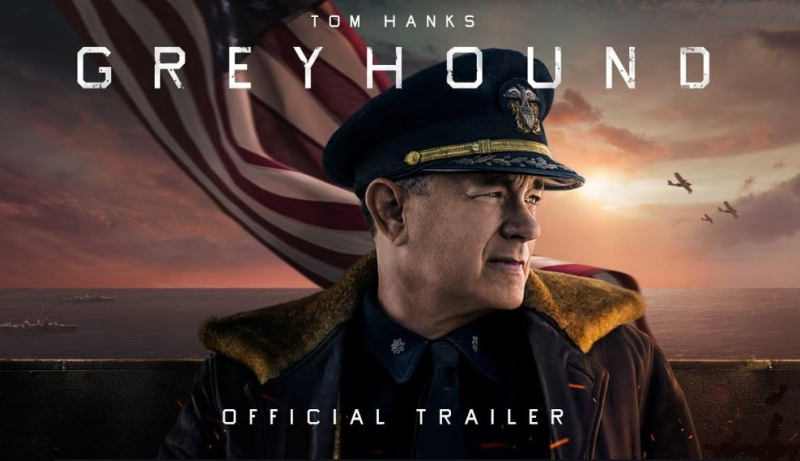 On Saturday Patently Apple posted a report praising the Tom Hanks Movie Greyhound as a winning summer popcorn movie. We noted that Greyhound was set at a heart-pounding pace that sucked you right into the action. This afternoon Deadline confirmed that Greyhound was indeed a smash hit for Apple TV+.

More specifically, the Deadline report noted that Greyhound had "become the largest opening-weekend release ever for Apple TV+, including series." Sources told Deadline that "the film turned in a viewing audience commensurate with a summer theatrical box office big hit."

Further, the report noted that "Beyond generating the largest opening weekend ever for Apple TV+, 30% of its viewers were new to the service."

Deadline sees the hit movie 'Greyhound' as only being the beginning of great films coming to the the streaming service.  The executive team for Apple Worldwide Video starting with Zack Van Amburg and Jamie Erlicht have been on a tear recently, reeling in a number of great films for Apple TV+.

Lastly, Tom Hanks celebrated his 64th birthday last week as his movie was hitting small screens around the globe.