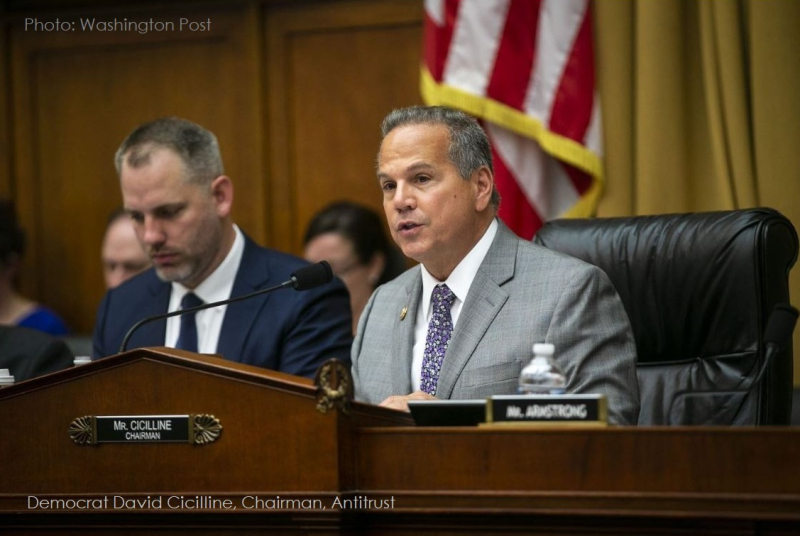 In the run up to tomorrow's hearing, those who hate Apple's App Store have come out of the woodwork it seems from Spotify to Microsoft's President Brad Smith and Epic Games CEO Tim Sweeney (in February and again today on Bloomberg TV). This afternoon the New York Times posted a report on Airbnb titled "Their Businesses Went Virtual. Then Apple Wanted a Cut."

The NY Times added that "Both Airbnb and ClassPass have discussed Apple’s demands with House lawmakers’ offices that are investigating how Apple wields its control over its App Store as part of a yearlong antitrust inquiry into the biggest tech companies, according to three people who spoke on the condition of anonymity to discuss private conversations.

We reported last week that "Apple's CEO is Set to Defend the App Store's Pricing and Policies at the U.S. Antitrust Hearing Next Week."

We're now learning via CNBC that "Apple CEO Tim Cook plans to tell the House Antitrust Subcommittee on Wednesday that the company is in fierce competition with rivals for the smartphone market.

Cook said in prepared remarks released by the committee that "The smartphone market is fiercely competitive, and companies like Samsung, LG, Huawei, and Google have built very successful smartphone businesses offering different approaches. Apple does not have a dominant market share in any market where we do business."

Cook’s prepared remarks suggest that the company will heavily employ a defense leaning on the fact that Apple does not have a majority of the smartphone market — only 46% of smartphones shipped in the U.S. in the first quarter were Apple’s." While that's a leading position by brand, collectively Apple doesn't dominate the U.S. overall.

The CNBC report further noted that "Cook plans to discuss the origins of the store, which was created in 2008, and Apple’s reasons why it maintains control over what stays on the App Store and what’s not allowed. Detractors often say that Apple’s approach to software distribution is like a walled garden, and Apple is the gatekeeper.

Cook added that "Clearly, if Apple is a gatekeeper, what we have done is open the gate wider. We want to get every app we can on the store, not keep them off."

Historically, Cook's statement read that "Apple's commissions are comparable or lower than commissions charged by the majority of our competitors. And they are vastly lower than the 50 to 70 percent that software developers paid to distribute their work before we launched the App Store."

Apple could also make the case that unlike brick and mortar stores, Apple is able to investigate the code of an app to see if it  contains spyware and tracking capabilities that many software companies would love to be able to sell that information to marketers and advertisers.

I'm sure there'll be more revelations to be learned tomorrow during the exchanges between the committee and the country's top tech CEOs. Between tomorrow's hearing and Apple's Fiscal Q3 Conference Call on Thursday, it's going to be a big news week ahead.