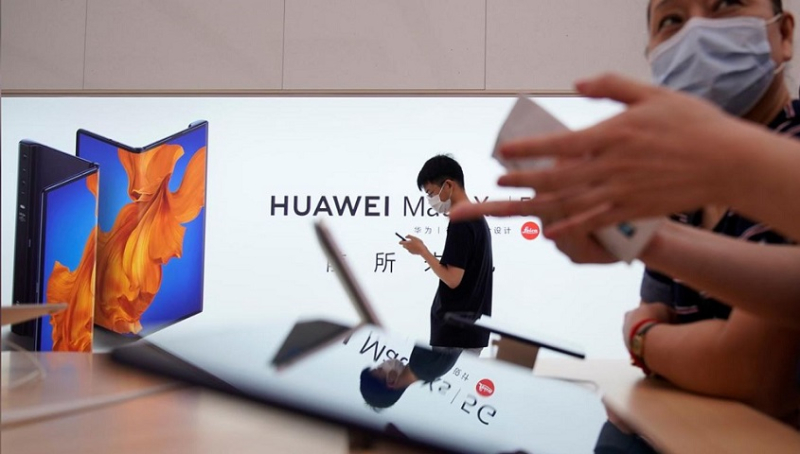 Samsung is soaring this morning in Korea due to a strong quarter for memory chips. The company announced during their conference call that DDR5 (Double Data Rate 5 DRAM) is expected to be unveiled in the second half of this year.

The company is also getting aggressive to catch up with TSMC by noting that they've begun mass production of 5nm products and is developing 4nm process technology. The company stomped out rumors that they were bypassing 4nm and leaping to 3nm.

When it came to smartphones, Samsung's sales were lackluster which allowed Huawei, to at least temporarily, become the world leader in smartphones with China sales roaring due to patriotic fever as the U.S. is waging war on Huawei on several fronts.

Today Business Korea reported that U.S. Secretary of State Mike Pompeo is applying subtle pressure on Korea's LG Uplus to drop the use of Huawei equipment for their network.

Reuters reported that "Huawei shipped 55.8 million devices in the April-June period, trumping Samsung’s 53.7 million, according to data from research firm Canalys. We'll have to see IDC's report when available to prove Huawei's leadership.

Samsung said on Thursday that it expects smartphone demand to pick up in the second half of the year – as the company will be rolling out a series of new smartphones in early August, September and October reaching all key price points.