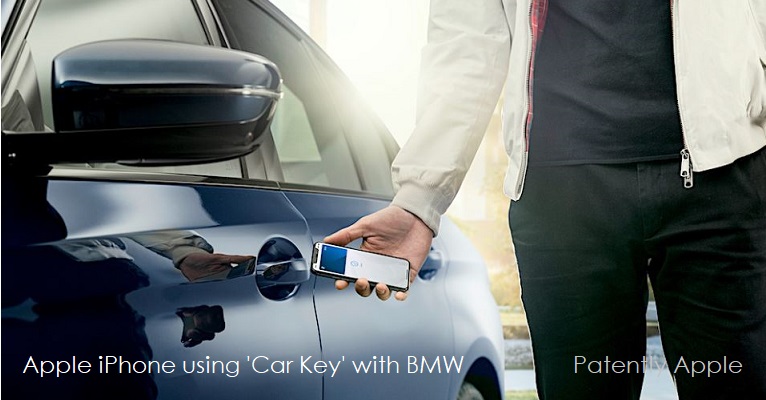 NXP Technologies was thrilled to see a segment of the latest installation in this series of product presentations include Apple’s new smart key technology for the iPhone’s iOS at the company’s virtual World Wide Developers Conference. More specifically, Rainer Lutz, NXP’s director of digital key and NFC segments secure car access enthusiatically added that "It is pretty cool the way they presented it in the Apple keynote!"

The segment of the WWDC20 keynote where Craig Federighi introduced Car Keys is presented below and cued to begin where this new feature is introduced.

Another important detail is that the smart key technology is not only part of Apple’s iOS14 mobile operating system that will be released in the fall, but this function is being added to the existing iOS 13, so customers who buy a new BMW this summer won’t have to wait until fall to use their phone as a key.

Emily Schubert, Apple senior manager of car experience engineering stated that "Using a smart phone as a car key provides additional benefits. This goes beyond one less thing you have to keep in your pocket. Digital keys have security benefits. They live in the Secure Element of your iPhone. If it goes missing, you can turn off your keys remotely via iCloud."

And for convenient and free extra keys, Apple smart key lets you make as many as five different phones keys for your new BMW. A key for a BMW 3-Series, for example, costs $247, plus the fee for programming it to work with your car. Schubert added that "They are even easier to share than a physical key. Copies don’t involve trips to the dealership, and you can share from wherever you are with iMessage." And for valets or teen drivers, owners can turn down the engine power, cutting output in half.

Of course, a common headache for most of us is having a phone battery go dead. Then what? BMW and Apple have you covered, because the smart key function in the phone will still unlock a car for as long as five hours after the phone has shut off due to a dead battery, according to BMW. Once the door is open, you can start charging the phone and start the car.

While Apple is first to bring this convenience to market, NXP told DesignNews that NXP told them that "All of the world’s leading car companies and their tier one electronics suppliers are members of the Connected Car Consortium, and all of those companies can be expected to roll out vehicles employing the technology. We see this going pretty mainstream."