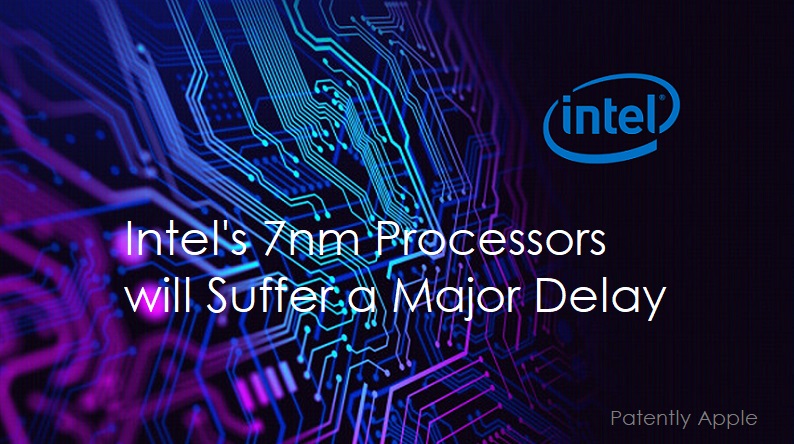 Intel reported a rather strong quarter yesterday, beating expectations with their revenue rising 23% on an anualized basis. Intel's PC chip business grew 13.8% and their 10nm processors will begin show up in new PC/Mac computers this fall. As positive as that was, their revelation of a major delay in delivering 7nm processors was like putting a gun to their head and pulling the trigger.

Intel disappointed once again by announcing that their 7nm processors would be delayed to somewhere in between late 2022 or early 2023. In that light, Apple's timed announcement that they were shifting from Intel to 'Apple Silicon' couldn't have been better.

In context, AMD is scheduled to ship their 5nm PC processors by the end of 2021 or early 2022 which will give them a two generation leap over Intel. In the PC world, that's a chasm that could give AMD the chance of grabbing major market share away from Intel in a way that most could have never fathomed before.

The news of the 7nm chip delay sent their stock price tumbling at minimum 17% this morning (Thursday's price as of 10 a.m. EST) after a 10% drop yesterday.

It took Intel forever to get their 10nm processor to market and that painful enough for fans waiting to upgrade. The idea that that 7nm is going to be delayed by years may have given Intel fans the nudge they needed to make the switch to AMD.  In a humiliating way, the delay has shown the market that Intel doesn't have it's act together anymore.

The news of this development was so dramatic that Intel's CEO stated that the company was prepared to outsource their chips to another manufacturer so as to give Intel more flexibility. Intel's CEO Bob Swan further stated during his company's conference call yesterday that flexibility is "not a sign of weakness." Yet he was definitely alone on that thinking as Wall Street replied loudly by hitting the sell button on that news. While that may be a knee jerk short term reaction, it was a clear sign that Wall Street was sending a message that they weren't buying into Intel's BS any longer regarding PC chips.

In fact, on this revelation, Sanford C. Bernstein analyst Stacy Rasgon succinctly told Bloomberg that "You didn’t need to read any more. Whatever little credibility they had is out of the window."

As for Apple, Intel's delay will give them all the time they need to make their dramatic transition to Apple Silicon smoothly for most of their PC hardware.

If you think about it, Intel's announcement only made Apple's WWDC20 revelation of transitioning to their own silicon look like a stroke of genius.