Patently Apple's "Project Titan" archive holds dozens of Apple patents regarding future Apple vehicles from semi-autonomous to fully autonomous and electric vehicles.  One of the many technologies that Apple has filed patents for is LiDAR in vehicles. Back in 2018 we posted a report covering two LiDAR patents. The first covered "Enabling LiDAR Detection and the second covered "Adaptive Vehicle AR Display using 3D Imagery."

In the big picture, LiDAR uses a pulsed laser to detect distance, velocity and angle with high precision. LiDAR can classify objects, detect lane markings, and may also be used to accurately position an autonomous vehicle relative to a high definition map. LiDAR is a critical sensor for enabling autonomous vehicles.

Remote sensing, in which data regarding an object is acquired using sensing devices not in physical contact with the object, has been applied in many different contexts, such as, for example, satellite imaging of planetary surfaces, geological imaging of subsurface features, weather forecasting, and medical imaging of the human anatomy.

Remote sensing may thus be accomplished using a variety of technologies, depending on the object to be sensed, the type of data to be acquired, the environment in which the object is located, and other factors.

One remote sensing application of more recent interest is terrestrial vehicle navigation. While automobiles have employed different types of remote sensing systems to detect obstacles and the like for years, sensing systems capable of facilitating more complicated functionality, such as autonomous vehicle control, remain elusive. This is the issue that Apple's patent addresses.

Apple's invention involves systems and methods for remote sensing of objects. In at least some embodiments, remote sensing is performed using a camera (e.g., an infrared camera) and associated light source, wherein an exposure window for the camera is timed relative to pulsing of the light source to enhance the ranging information yielded.

Apple's patent discusses an autonomous vehicle in connection with other sensing devices, to facilitate control of acceleration, braking, steering, navigation, and other functions of the vehicle in various challenging environmental conditions during the day or at night. 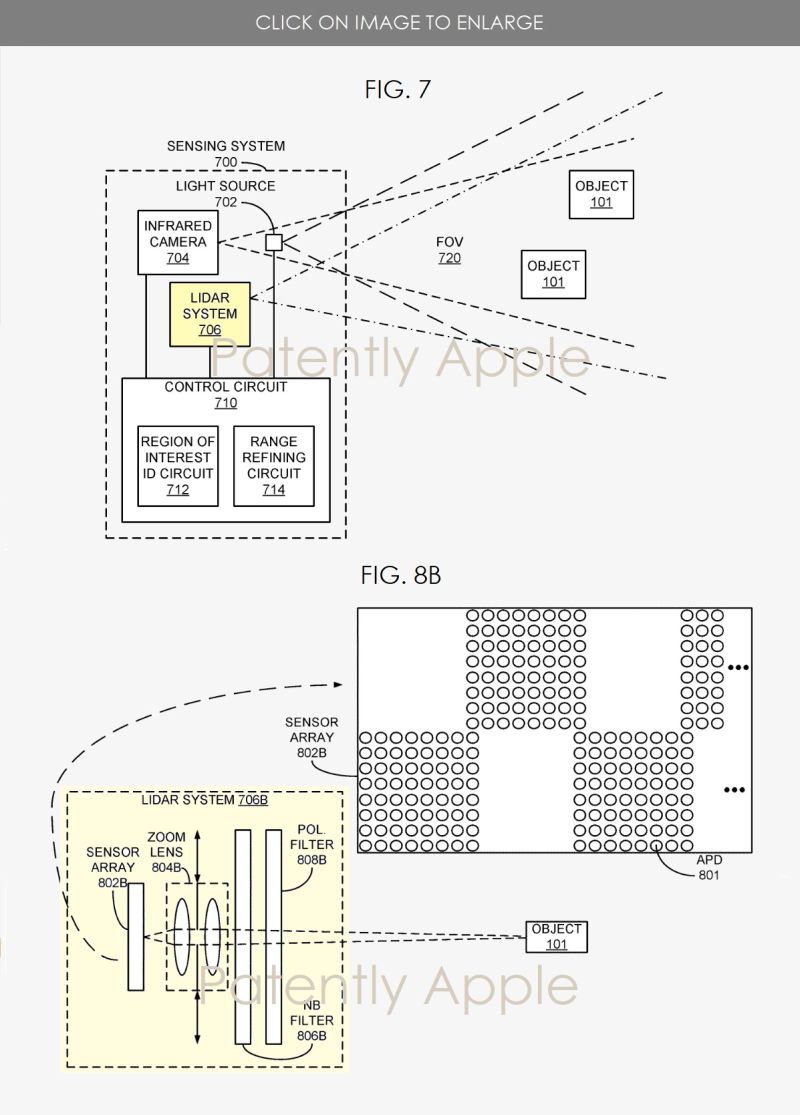 FIG. 10 is a block diagram of an example vehicle autonomy system in which infrared cameras, LiDAR systems, and other components may be employed. 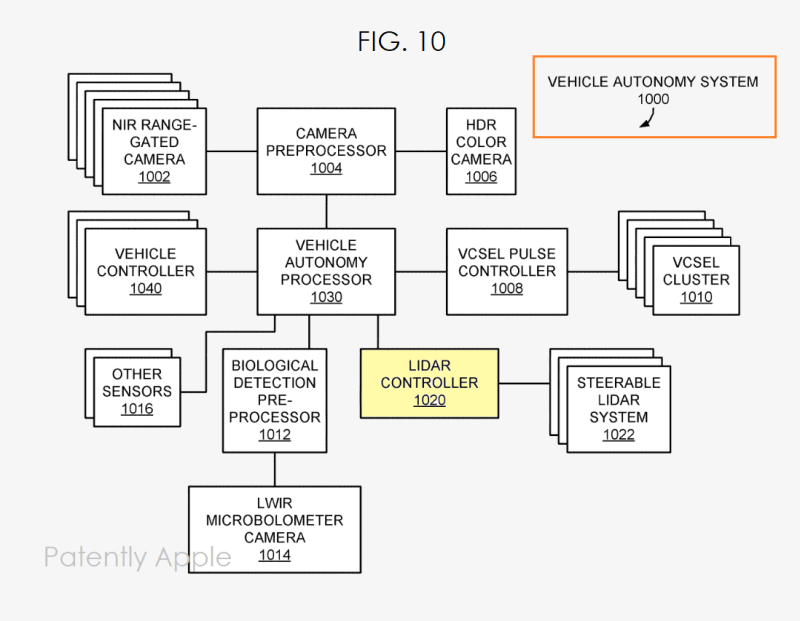 You can dig deeper into the details of this granted patent here.

Below is a video to assist you in understanding how LiDAR gives an autonomous vehicle a form of sight. You'll notice that when people are in LiDAR's  range, the vehicle will reduce speed or brake to avoid an incident. It will see or sense another vehicle backing up out of a parking stall and apply the brakes accordingly which is what Apple's patent describes.