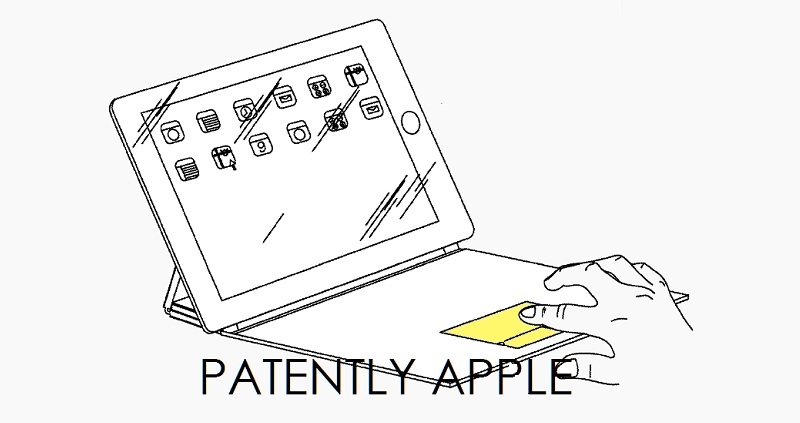 The U.S. Patent and Trademark Office officially published a series of 64 newly granted patents for Apple Inc. today. In this particular report we cover an Apple patent that's been around for some time and has evolved over time. More specifically, the concepts began to be on record going back to 2011 or about 8 months after Apple introduced the iPad. Although Apple originally fought to not include a trackpad to work with the iPad, Apple's original 2011 patent had envisioned it could one day, as noted in our cover graphic, and did nine-years later when Apple introduced their new Magic Keyboard for iPad Pro.

Although the granted patent is 9 years old, there are still some ideas that they introduced that could still come to market, like an interesting docking station that is shown below in patent figure 19. 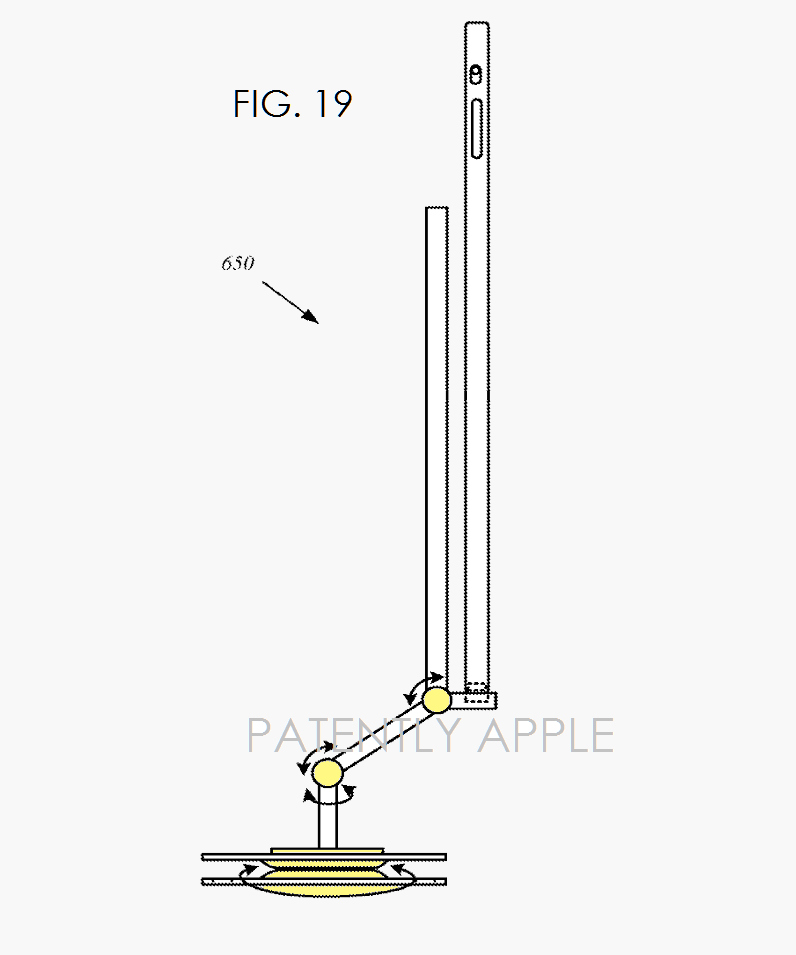 Here in patent FIG. 19 we're able to see an iPad stand up with its backside being magnetically attached to the docking station that has a pivoting base supporting a desktop like configuration.

Apple's granted patent updated its patent claims to support the docking station and other applications. Patent Claim #1 states: "A portable electronic device, comprising: a housing that carries operational components that include: a magnetic field sensor capable of ROM detecting relative motion of a wearable object with respect to the housing, and providing, in response to detecting the relative motion, a corresponding detection signal, and a processor in communication with the magnetic field sensor, wherein the processor is capable of receiving the corresponding detection signal, and executing instructions in accordance with the relative motion.

Another idea that may come to market in the future is a Magic Keyboard alternative or simply a second optional version of it that supports a large space above the keyboard for those that need to dabble, scribble, draw images like a cube or to quickly make an annotation to a document as seen in patent FIG. 15 below. 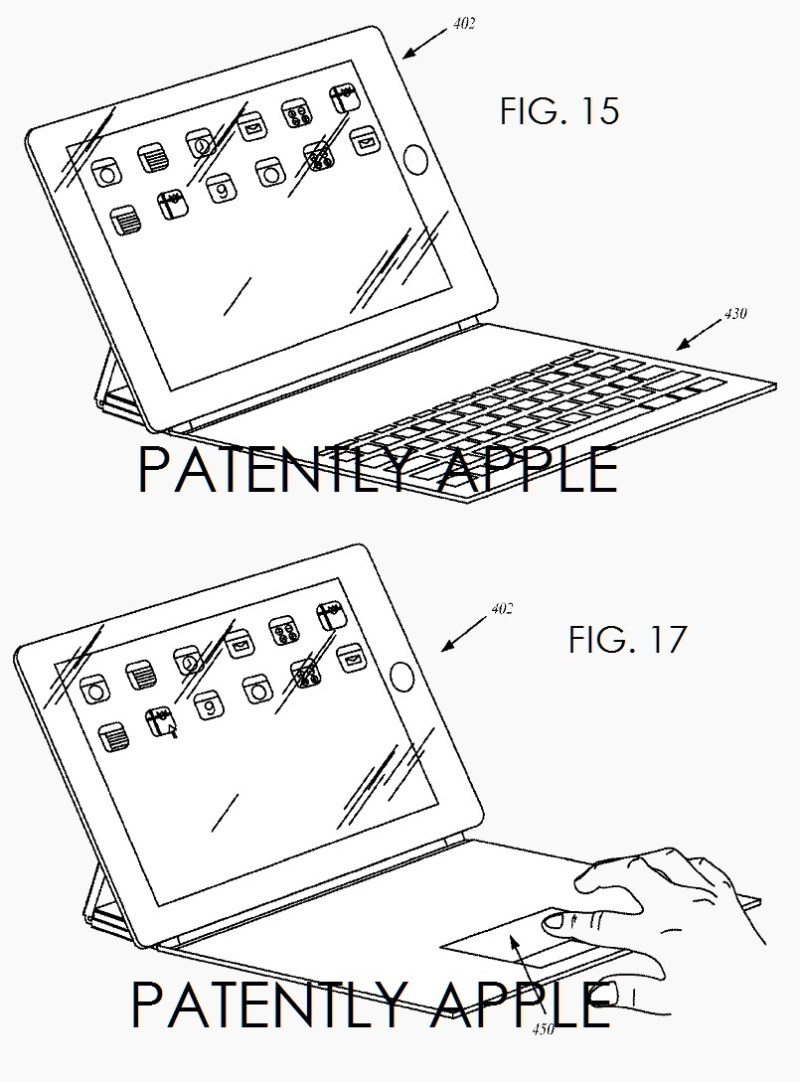 Apple's latest granted patent 10,712,777 for this invention was published today by the US Patent and Trademark Office.