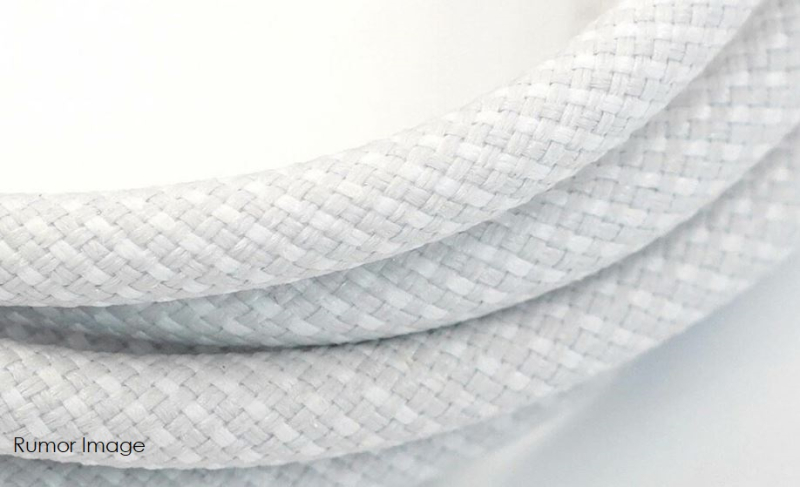 Although I'm not the biggest flash rumor fan, I'm hoping that this latest rumor comes true. The rumor was retweeted by @LOvetodream that has a fairly good track record according to rumor sites. The rumor is that Apple will be including a brand new braided USB-C to Lightning cable with the iPhone 12 this fall. In addition to our cover graphic, there are two additional 'Jumbo" images of the new cable provided below. 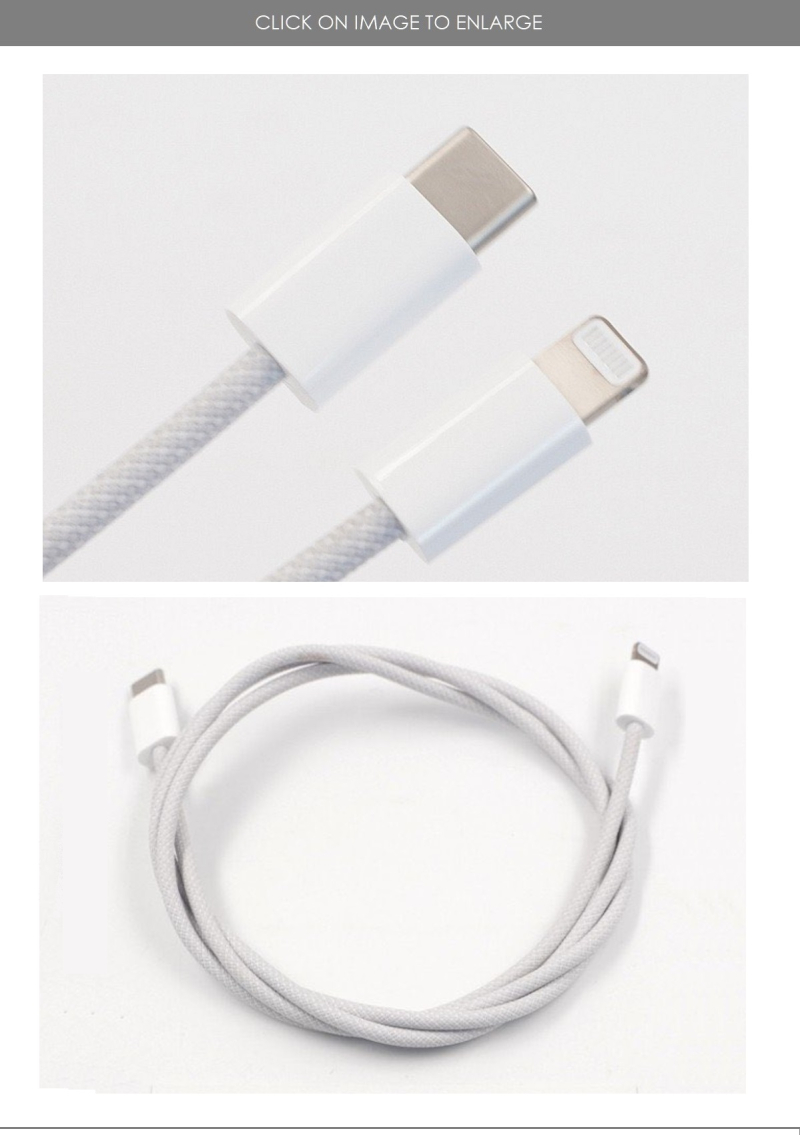 Braided cables are expected to be far more durable than the standard ones that Apple traditionally ships with its iPhone lineup. It could be seen as providing users with a better alternative instead of bundling a charger and a wired pair of earphones.

In January Patently Apple posted a report titled "After a Decade of hoping that Apple would Comply with the EU's request for a common Charger Solution, the EU is set force it by law." The report noted that "Members of the European Parliament voted by 582-40 for a resolution urging the European Commission, which drafts EU laws, to ensure that EU consumers are no longer obliged to buy new chargers with each new device." The EU is pushing USB-C connectors.

This is why Apple is dropping the inclusion of a new charger in the iPhone 12's packaging this year so as to avoid a problem in Europe.

The cable, usually made with cheap plastic is being replaced with a high quality braided version and one that Apple fans will appreciate, especially this fan. Below is a copy of the original @LOvetodream tweet. 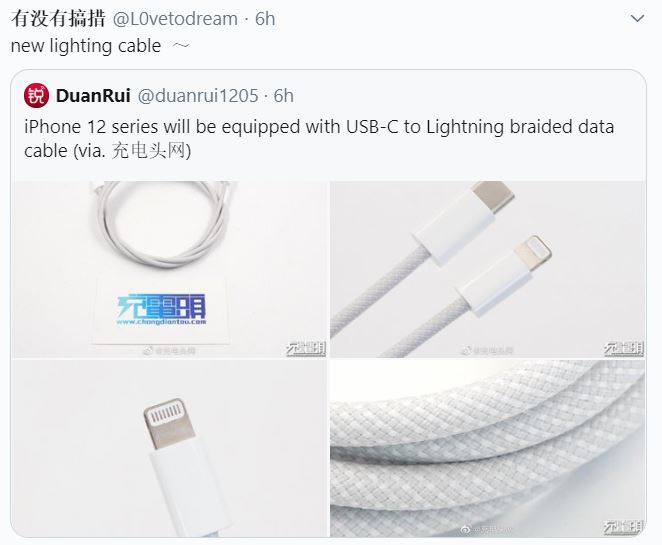