Apple Supplier Foxconn is now, for the first time, Manufacturing the Premium iPhone 11 locally in India

A report out of India this morning claims that Apple has started manufacturing its flagship iPhone 11 at the Foxconn plant near Chennai, the capital of the state of Tamil Nadu, as noted on the map below. This is a major shift for Apple, as it's the first time that it has given the green light to manufacture a top-of-the-line iPhone model in India, marking a boost for the government’s Make in India initiative. 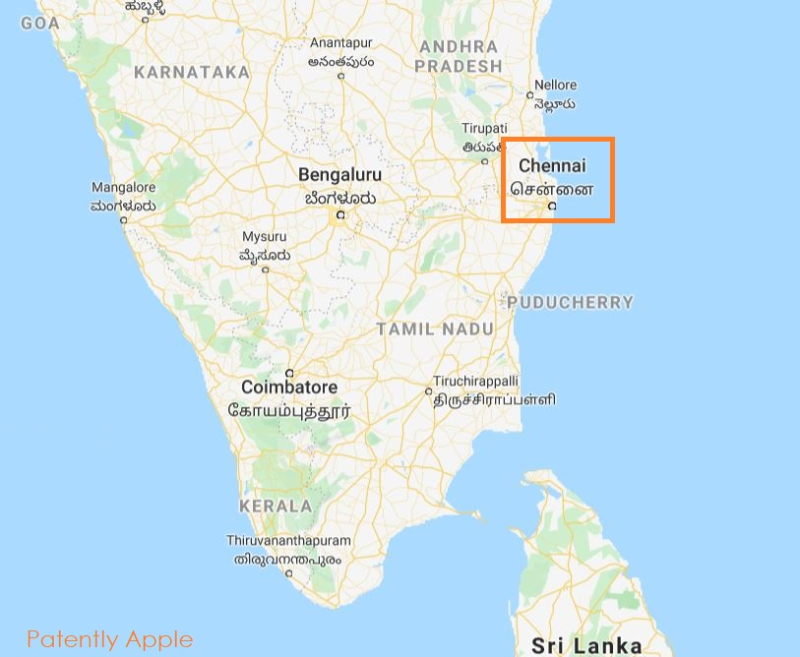 Production will be stepped up in phases and Apple may consider exporting the India-made iPhone 11, reducing its dependence on China, two senior industry executives said. This has been the goal of the Indian government, to become an exporting hub.

The company hasn’t cut prices as it also sells iPhone 11 handsets made in China in India but industry executives said that could be an option later on. Local production saves Apple 22% import duty.

The latest move marks the growing localization of Apple’s manufacturing in the country, where it’s keen to take advantage of benefits under the government’s production linked incentive (PLI) scheme.

The report added that of the three new models Apple launched in September, the iPhone 11 is the biggest seller in India. Supplies of the locally made device have already reached stores, said the people cited above.

Apple makes two other handset models in the country — the iPhone XR at the Foxconn plant and the iPhone 7 at the Wistron factory. For more, read the full India Times report.

Some of the other reports that we've posted on Apple Activity in India this year:

01: Apple's iPhone maker Foxconn is going to Expand Production in India with a Specific Plan to be made public in the coming months

02: Foxconn is Considering an investment of US$1 Billion to Expand their current iPhone Plant in India to support Apple's Gradual Shift from China

03: Apple Supplier Pegatron is the next to open an iPhone Plant in India in 2021

04: India has held several High-Level meetings with Apple to possibly shift up to 20% of its iPhone Production out of China by 2025